Fog, Hercules, porpoise and greylag on the morning run to Inchmarnock. 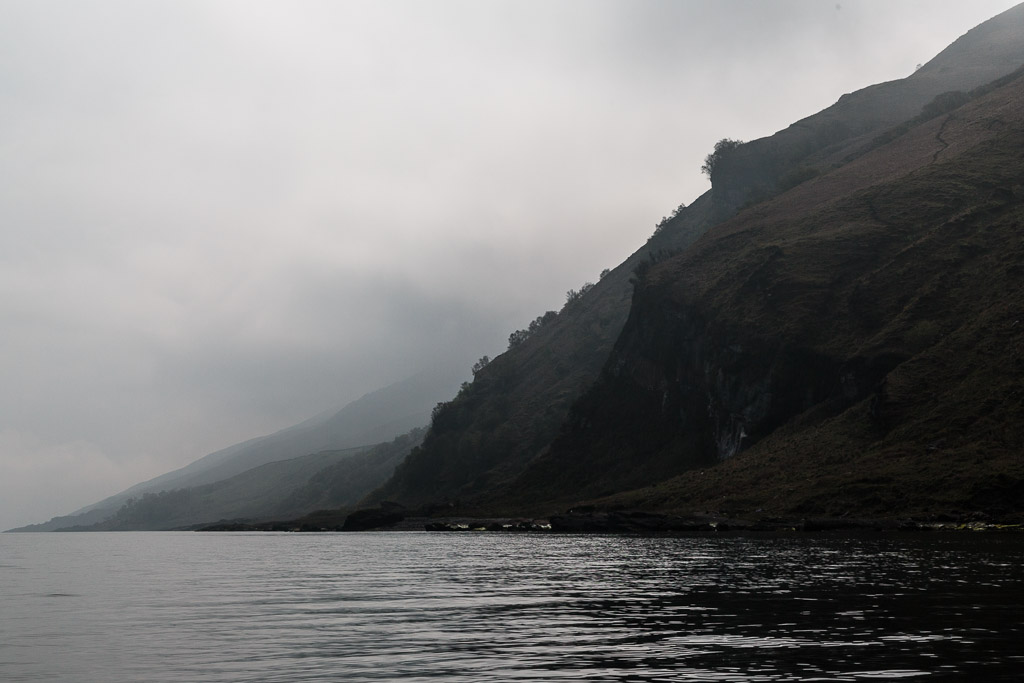 We paddled round the north coast of  the Cock of Arran until our GPS showed the distance to our next waypoint on the isle of  Inchmarnock had stopped falling. 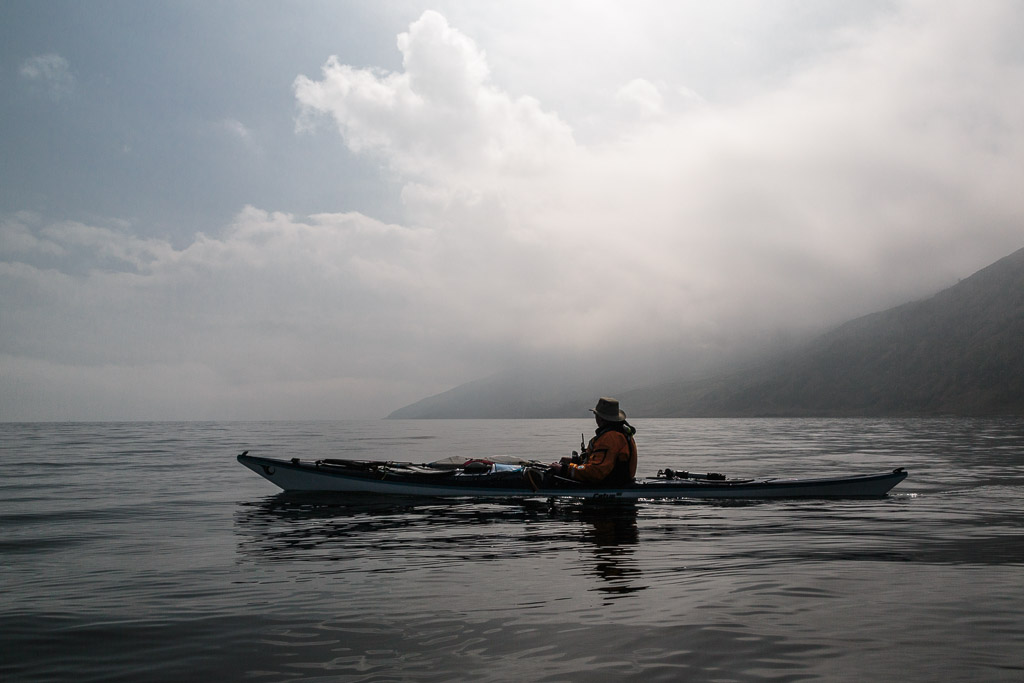 We then set off on the second crossing of the day. The south end of Inchmarnock was 9km across the Sound of Bute but although the sky was clearing there was still fog at sea level and... 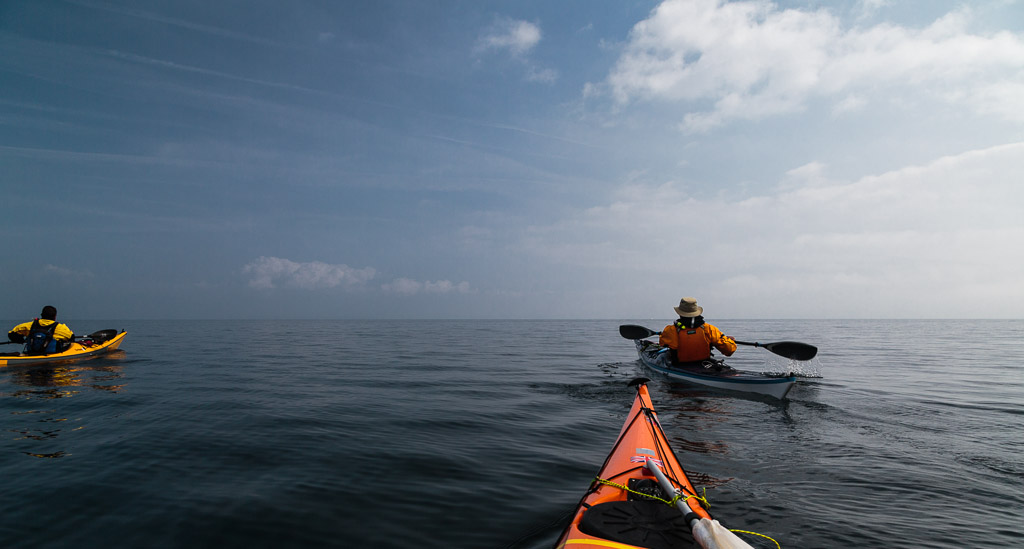 ...there was not a sign of Inchmarnock on the horizon. 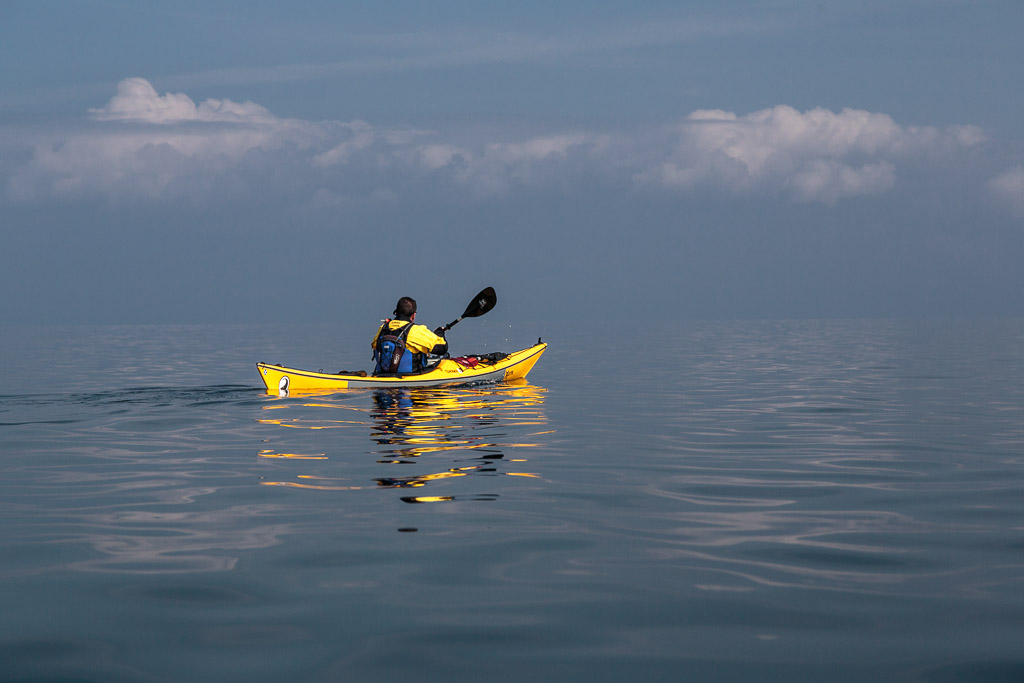 We set off on a compass bearing but shortly after leaving the coast of Arran the GPS showed the flood tide was drifting us to port so we continued on a ferry angle to starboard. 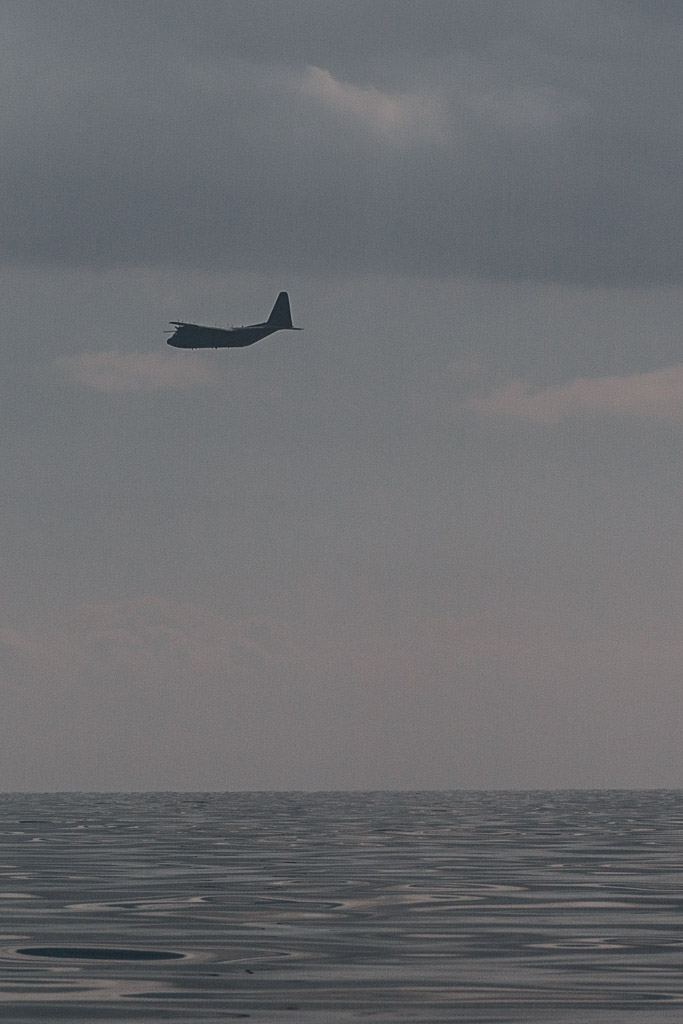 A roar of turboprop engines while we were mid-crossing announced the arrival of this RAF Hercules transport plane. They must have enjoyed a nice tour of the SW of Scotland as my wife saw it flying over the Solway Firth (125 km distant) a little earlier in the day. 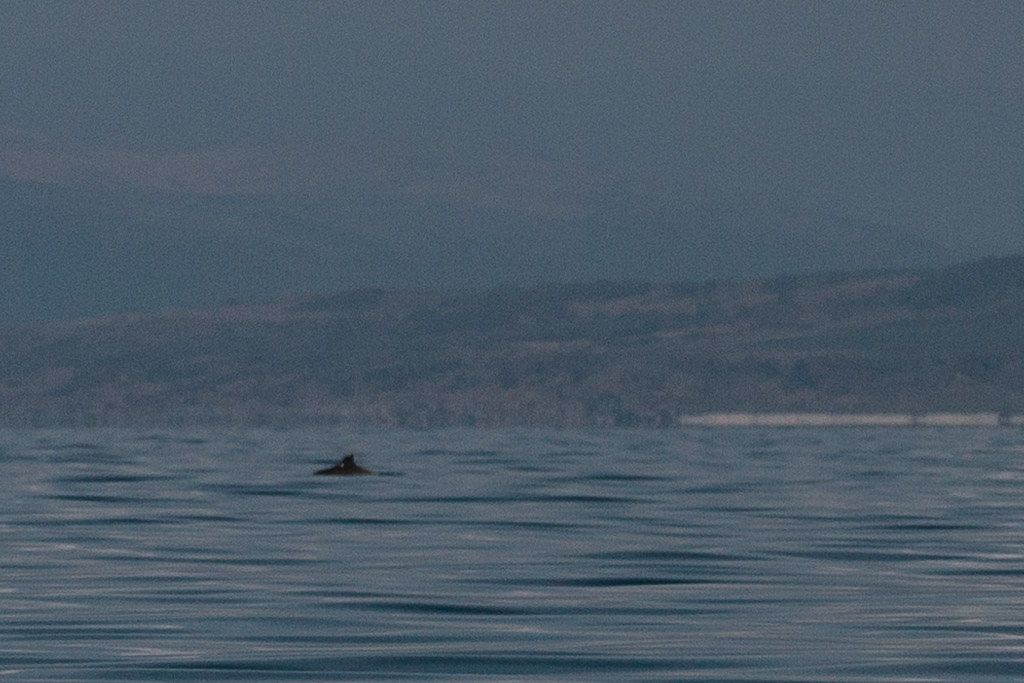 Just as the mist cleared allowing us to see Inchmarnock a solitary porpoise surfaced ahead of us. 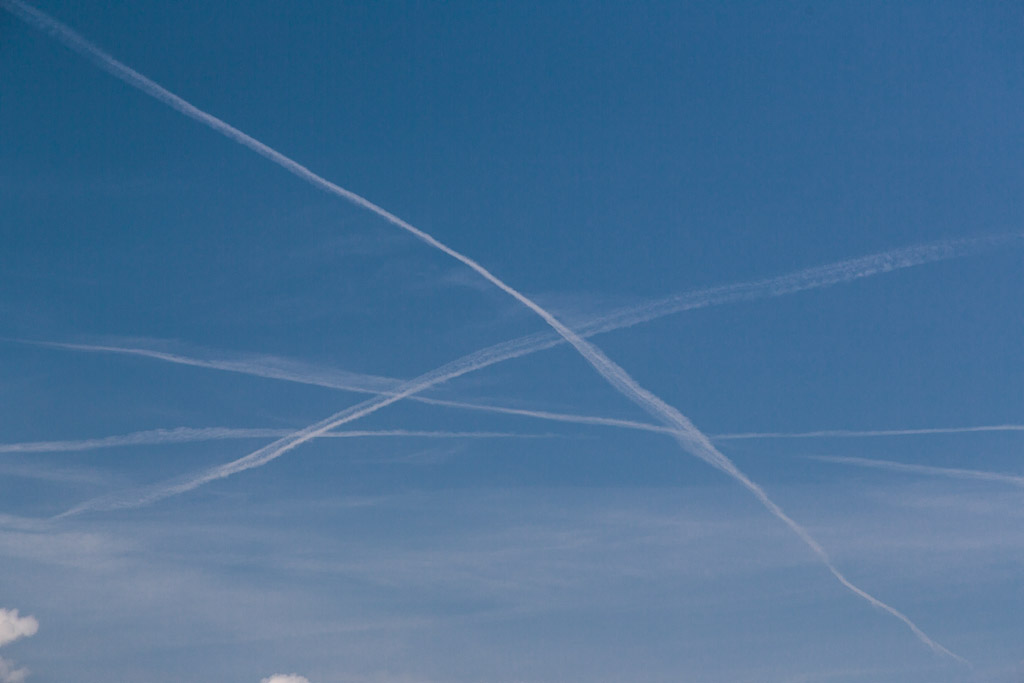 At last the skies cleared revealing the... 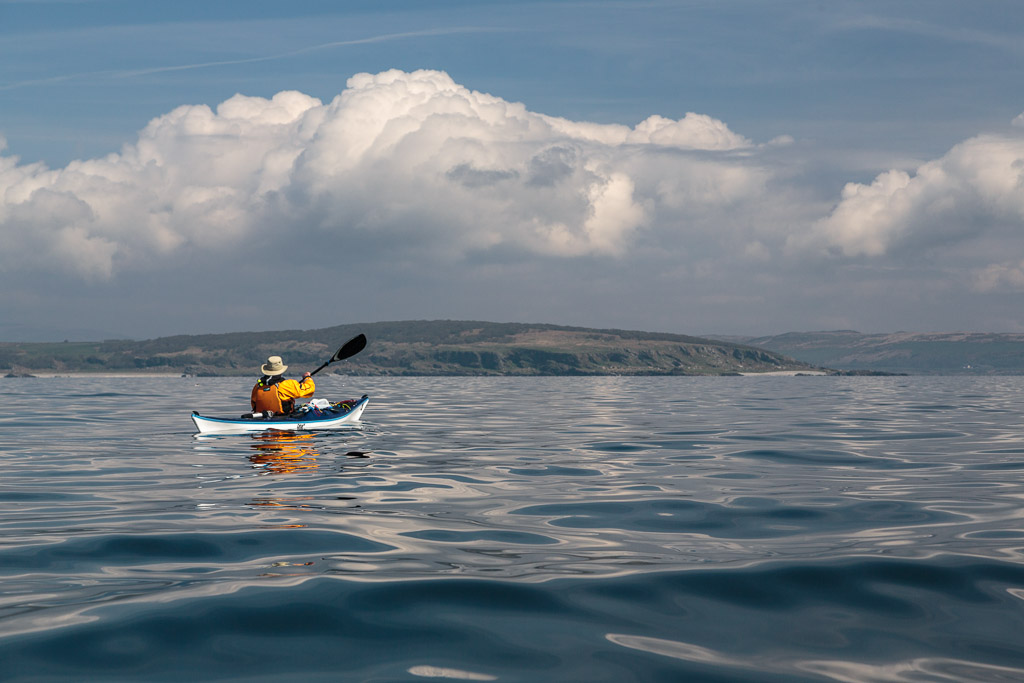 ...bright quartzite beach at the south end of Inchmarnock. The heat of the day was building and we had chosen to wear dry suits for the open crossings as the water temperature was only 7.5 degrees C and the wind had been forecast to get up to F4 southerly.The wind never appeared with the result was that we were boiled in the bag. The air temperature was 18C on the coast (24C inland) and it was the hottest day of the year so far. 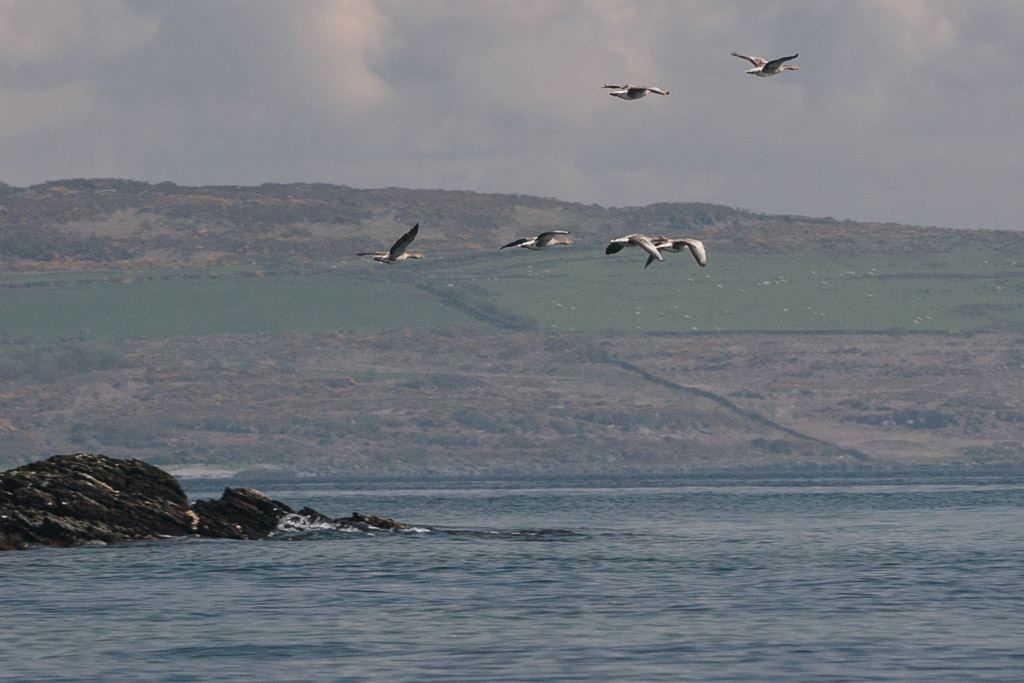 As we approached the reefs of Inchmarnock a flight of greylag geese passed by. These large geese are not resident in the Clyde and migrate further north in the summer. It was the 29th of April and the other species of migratory geese had long since gone. The greylags do lag behind the other geese somewhat as they are always the last to leave in the spring.
Posted by Douglas Wilcox at 7:46 am 2 comments: