A sunbeam shines down on memory lane. 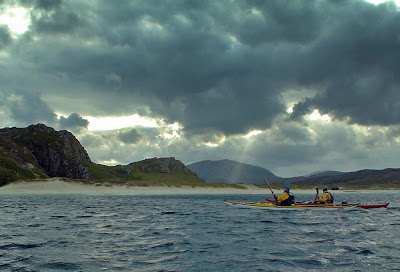 One of the great pleasures of paddling at the recent Stornoway Storm Gathering was to be able to paddle with Duncan Winning OBE. It was a nostalgic trip for Duncan as he had last visited Loch Roag over 40 years ago. He was very keen to find a particular shell sand beach which was hidden away in the fastnesses of Loch Roag. He and friends had been lucky to find shelter there and camped while a great storm blew over night. We stopped at many beautiful white sand Hebridean beaches but none was the right one. At last, just as the day was fading, we found Duncan's beach. It was a wonderful moment. 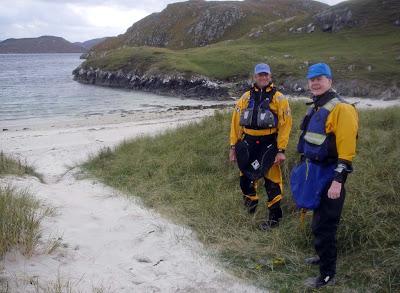 Jeff Allen and Duncan about to walk down a sandy memory lane. 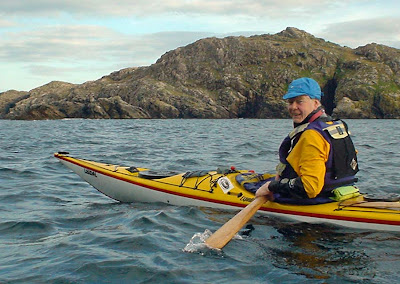 I have known Duncan for four years. We have phoned, exchanged letters, visited each other's houses, attended symposia in Skye and Jersey but this was the first time I had had the great pleasure to actually paddle with him. He is a font of knowledge about KAY-ak-ing and as he has paddled in Greenland I suspect his is the right pronunciation.


View Larger Map
In 1965 Duncan surveyed and made drawings of a kayak that Ken Taylor brought back from Illorsuit (Igdlorssuit) in Greenland. It had been made for Ken by local kayak builder Emanuele Korniliussen. Geoff Blackford built a ply wood version from Duncan's drawing and called it the Anas Acuta. In 1972 Valley started to commercially build a GRP version of the Anas Acuta which is still in production today. By coincidence, I delivered a brand new all black Anas Acuta to Si (aka Sgian Dubh) on Harris on my journey to the Storm Gathering. 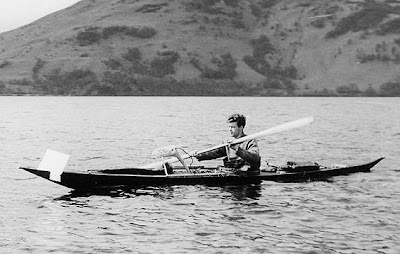 Ken Taylor in the Igdlorssuit kayak. Ken and Duncan were fellow members of Garnock Canoe Club. 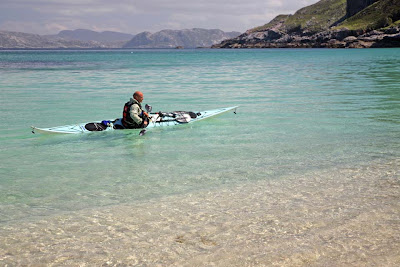 Recently Duncan and Gordon Brown visited Greenland and managed to track down Emanuele's two sons, one of whom is still building kayaks. Unfortunately they are only scale models for tourists. Undoubtedly the current "British style" of sea kayak has its roots in the Igdlorssuit kayak drawings made by Duncan. 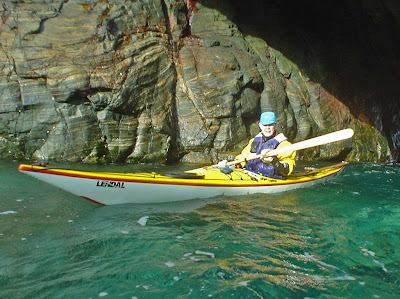 Duncan Winning OBE paddles a boat influenced by his drawings of 1965; an Island Kayaks Expedition. Listen to Duncan in one of Simon Willis's excellent podcasts.
Posted by Douglas Wilcox at 9:57 pm 6 comments: