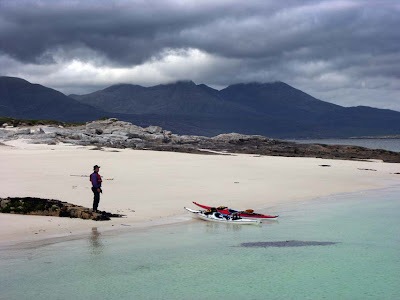 From 1/1/2000 to 1/1/2001 the BBC ran a TV series, Castaway 2000, which followed the lives of 36 adults and children who were castawayed on Taransay off the west coast of Harris in the Outer Hebrides. As you might guess from this blog, I do not watch a great deal of television but I did watch this programme for the glimpses of wonderful Hebridean seascapes, skyscapes and landscapes. 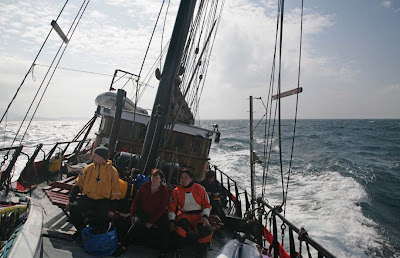 In June 2006 we were on MV Dundarg but a force 7 prevented us getting near Taransay and we sought shelter behind Scarp further to the north. 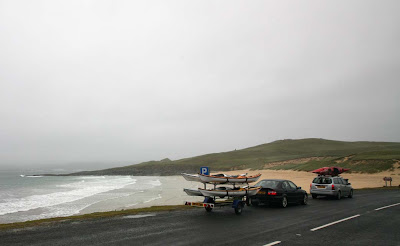 We tried again in July 2006. You can just about make out Taransay through the mist. 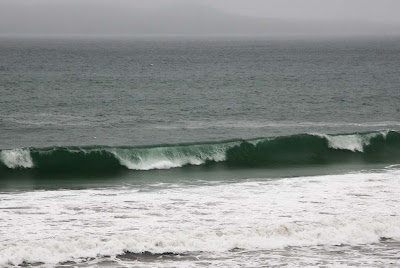 Unfortunately there was a little shore break to negotiate and I have to report that we (fair weather paddlers) wimped out at this opportunity to display our kayaking prowess. It can be quite a challenge to become a castaway on Taransay.
Posted by Douglas Wilcox at 10:49 pm No comments: