Frostbite, Gorgonzola, and antifreeze at sundown on Loch Leven. 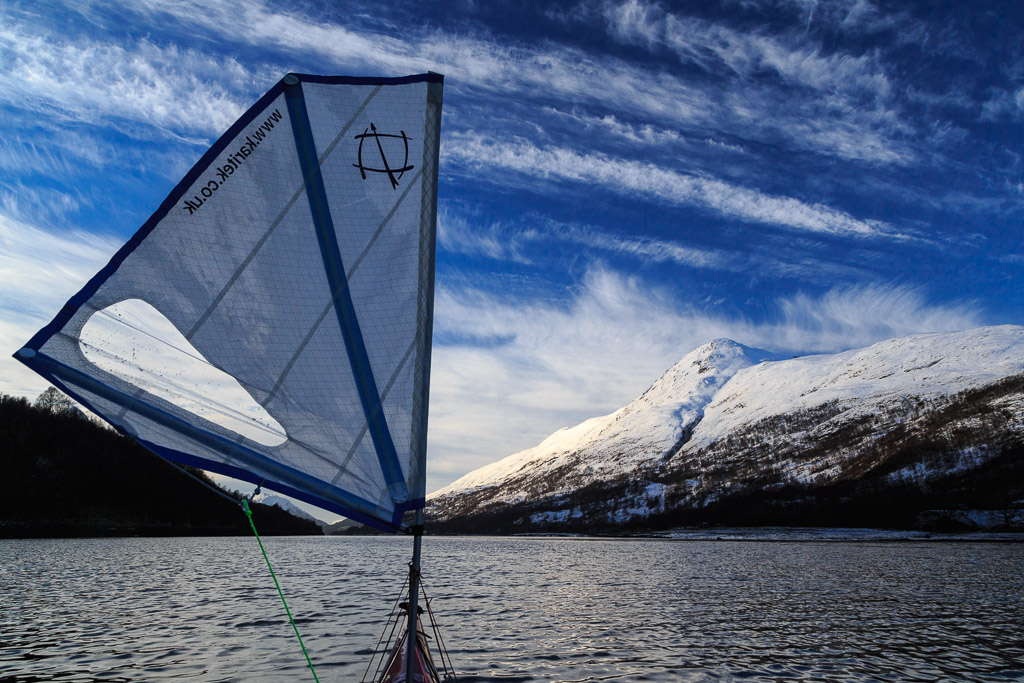 The freezing east wind out of the deep shade of Kinlochleven at least assisted with our speedy exit from the coldest place in the known universe. Ian had never sailed before but had no hesitation in unleashing his sail to ensure his timely departure. 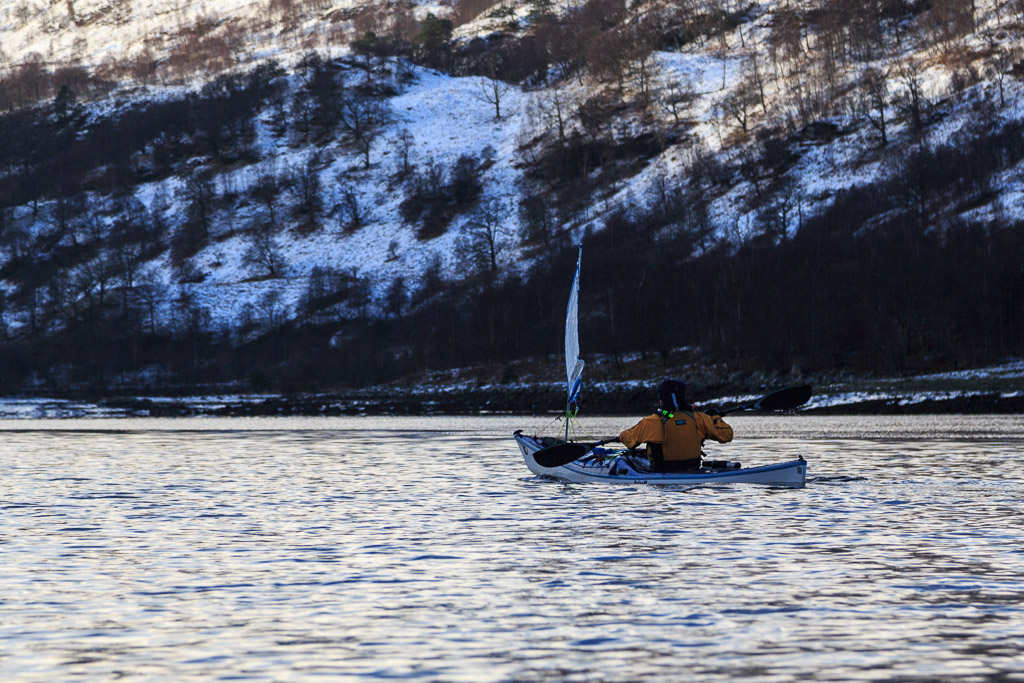 Unfortunately Mike had rigged his sail wrongly and I rafted up to undo an iced knot. I got him going but my fingers were numb for 24 hours afterwards. 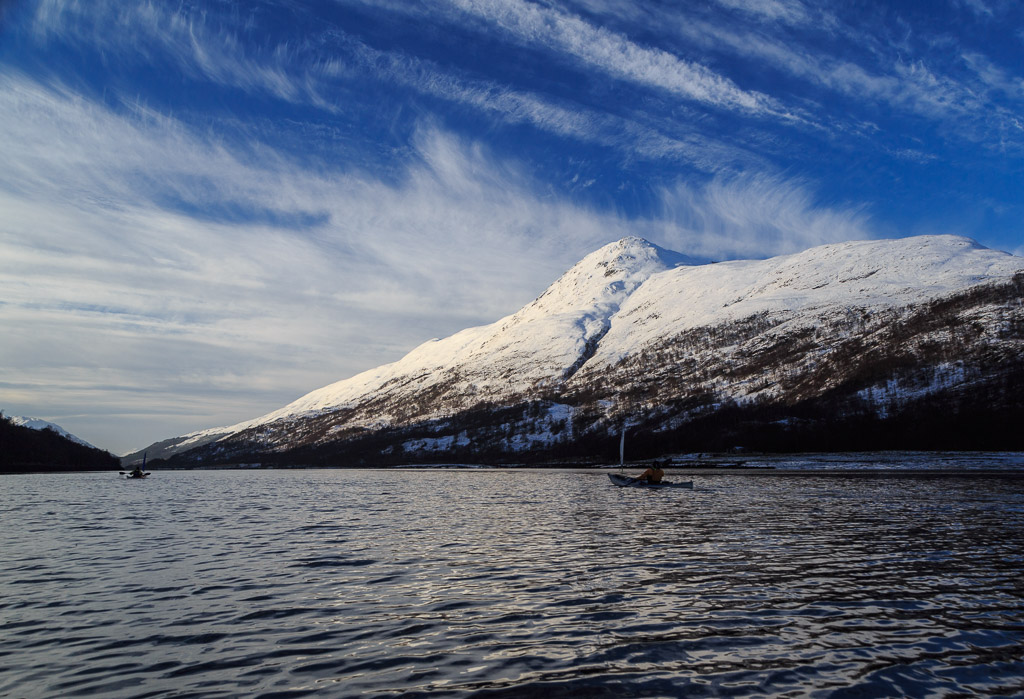 At first we made good progress and since we were paddle sailing with the wind the apparent wind dropped... 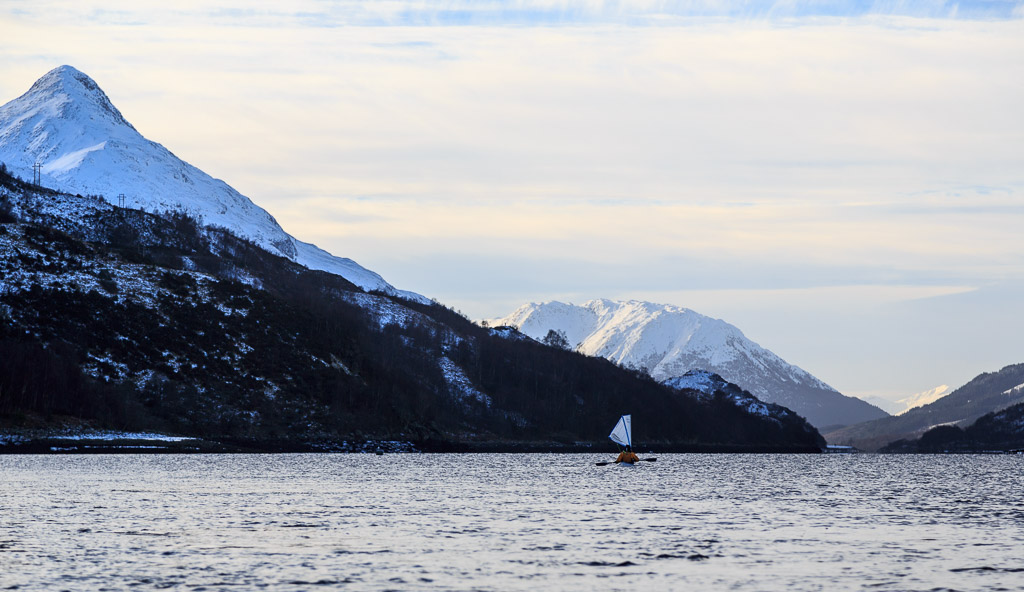 ...reducing the effects of the severe wind chill to which we had been exposed on landing at Kinlochleven. 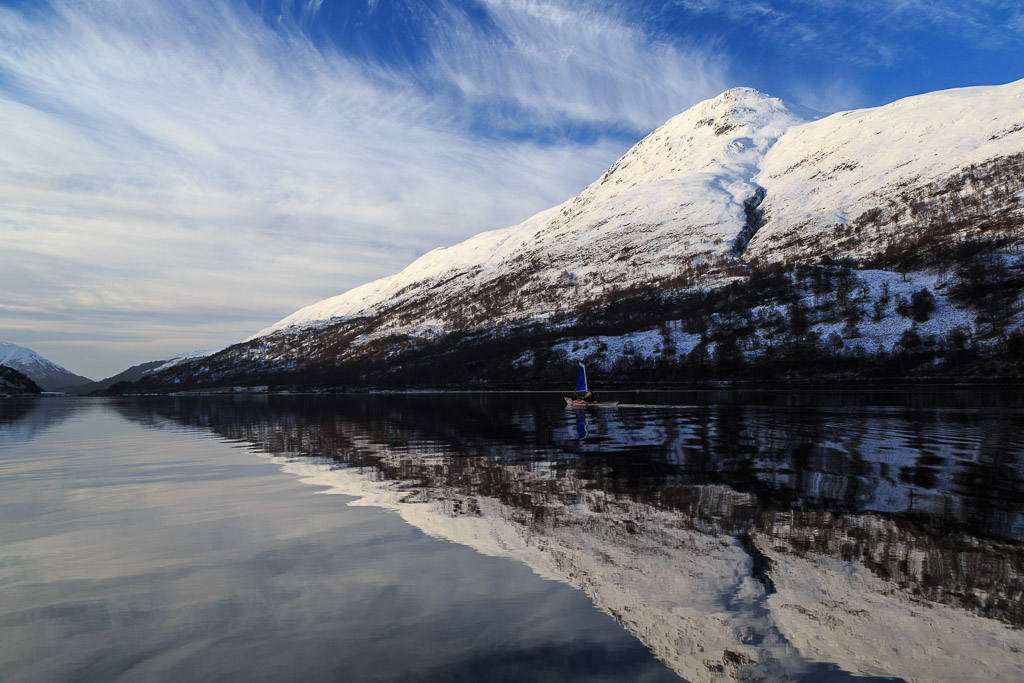 Sadly the wind dropped and we had glassy calm... 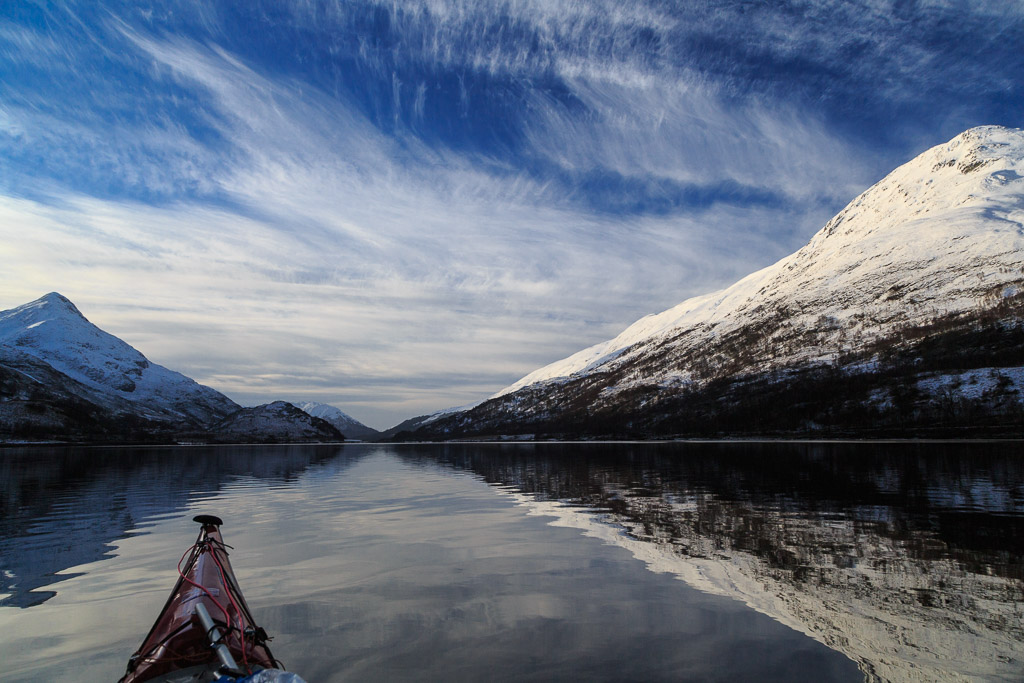 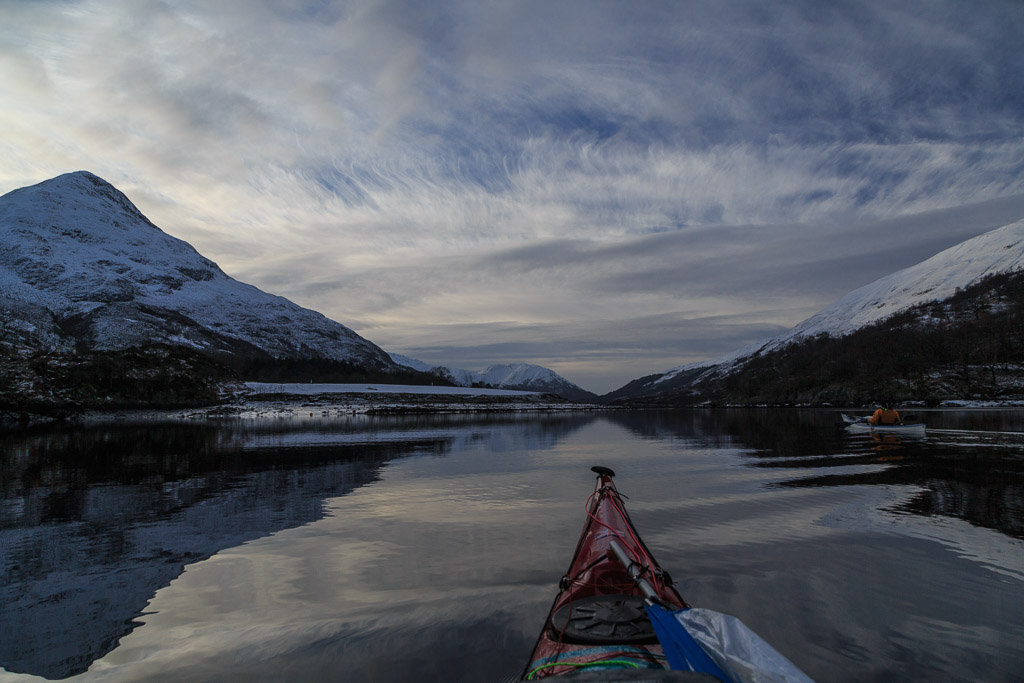 ...the Caolas nan Con where the tide was now pouring in. We were still in the deep cold shade but warmed up by paddling up the south shore to an eddy then ferrying across to another eddy on the north shore. 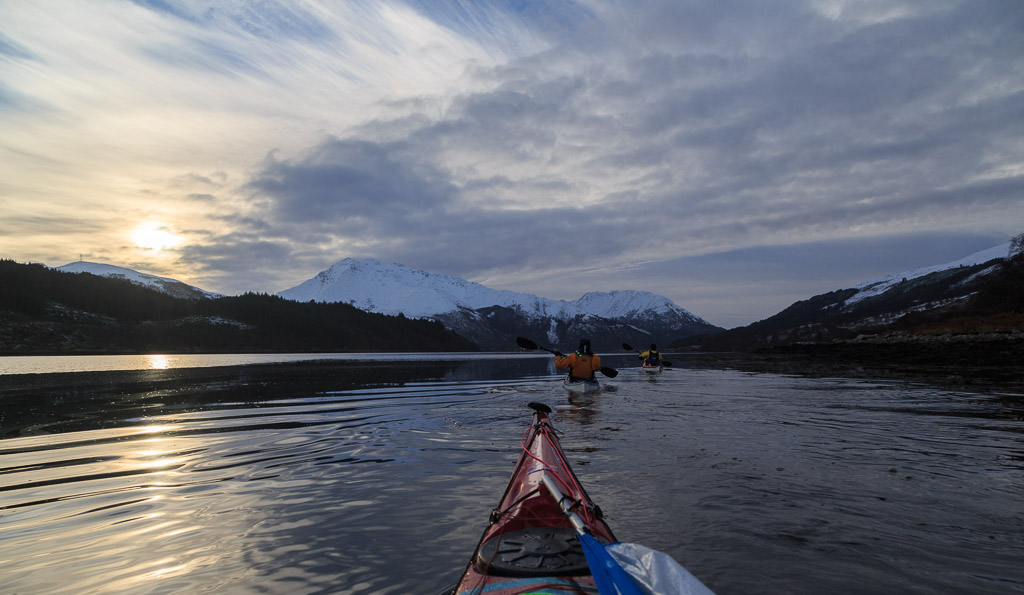 At last we emerged into the sunshine again but the sun was low in the sky and partly obscured by a veil of cloud. 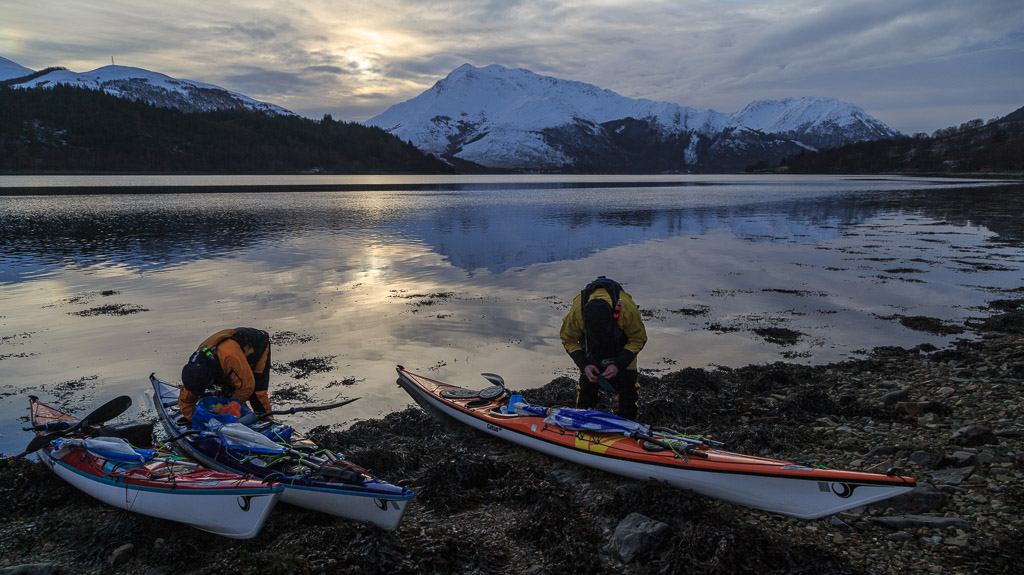 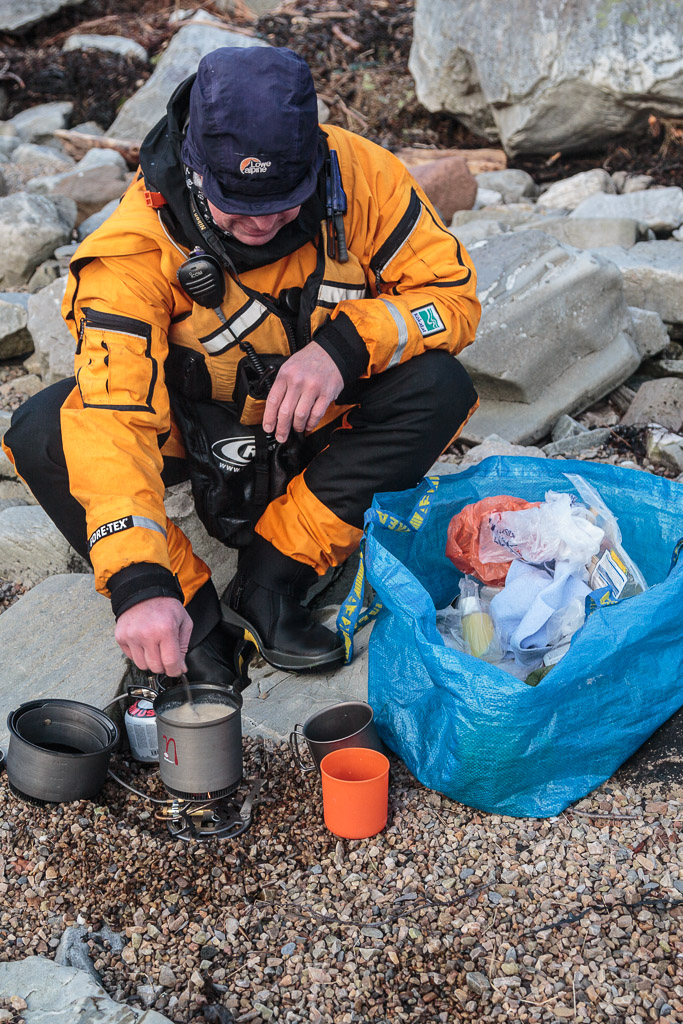 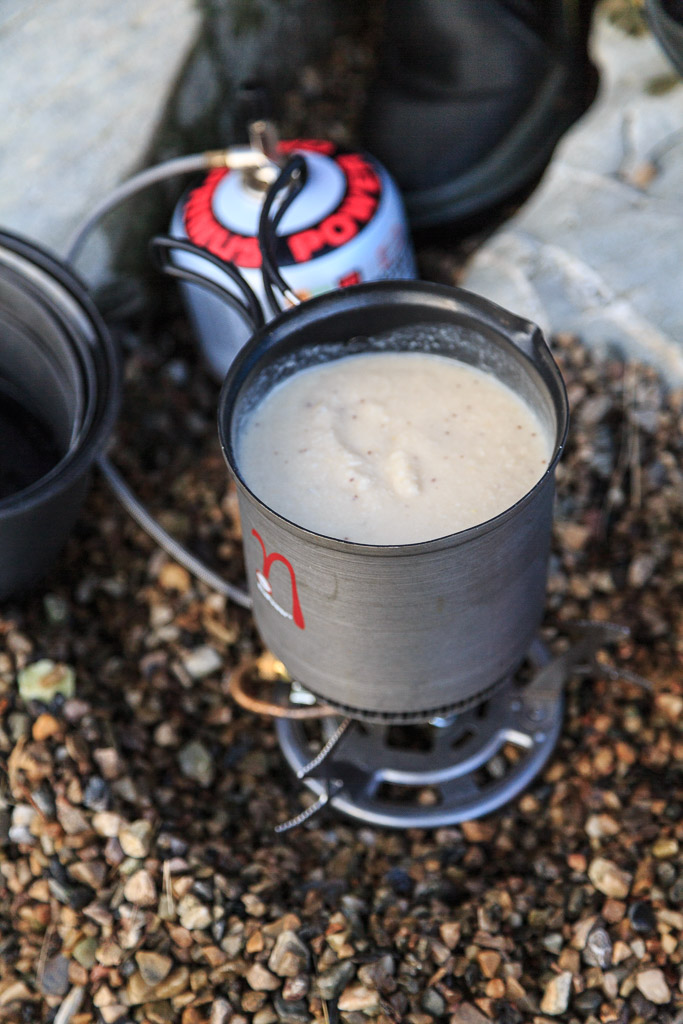 ...cauliflower, mustard and Gorgonzola soup* and... 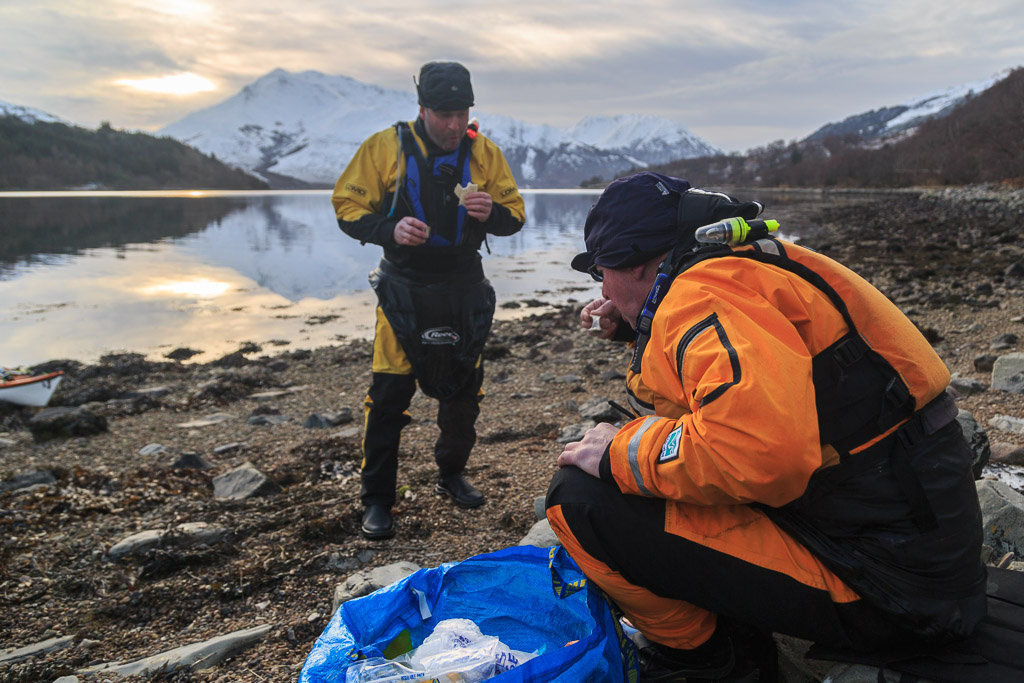 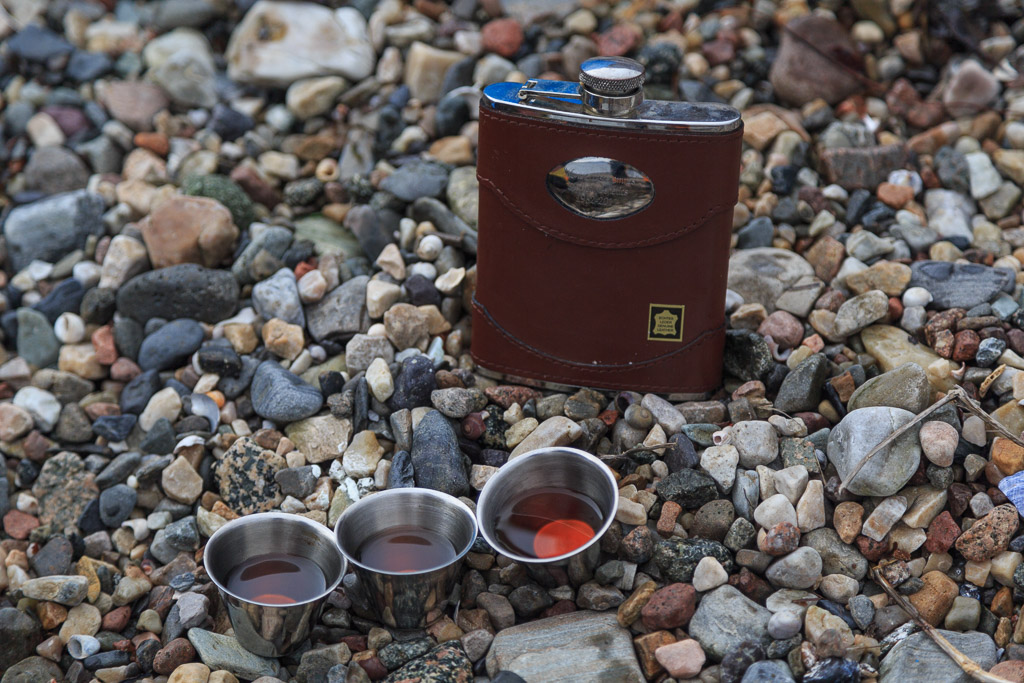 ...poured some antifreeze. It is important not to skimp and buy a 5 litre job lot out of one of the discount stores. No, such pecuniary orientated purchasing is not for us. This was the finest 15 year old Dalmore.

* by popular demand here is the recipe for cauliflower mustard  and gorgonzola soup. Mike and I both have the New Covent Garden Food Co A soup for every day book. currently available on Amazon for £5! Ian has enjoyed my soup (broccoli and stilton and leek and potato) in the Sound of Aisaig and Mike's cauliflower, mustard and Gorgonzola soup in Loch Leven so he ordered his own copy on his return! Ian has kindly typed this out for me!