Watching the birdie at Turnberry.

As we set off the wind was blowing at an average of 12 knots gusting to 22.5 knots. The METAR from Prestwick Airport showed the wind averaged 10 to 13 knots all day. Generally Dunure is about 1 windforce greater than Prestwick. 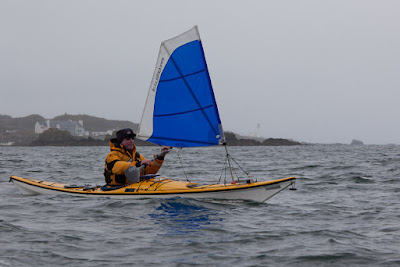 The latest member of our team to get a Flat Earth sail is Mike. 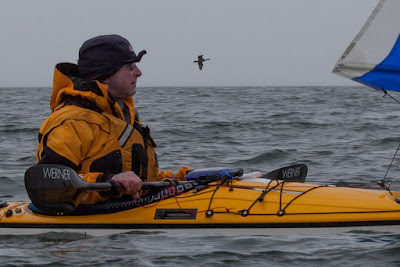 He looked ever so pleased with his new sail as we headed out from the shelter of... 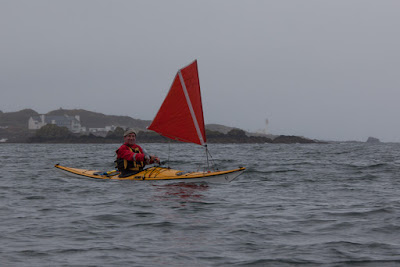 ... Turnberry Point with its famous golf course and lighthouse. Phil was also looking pleased till he noticed that he had put his boom on upside down! 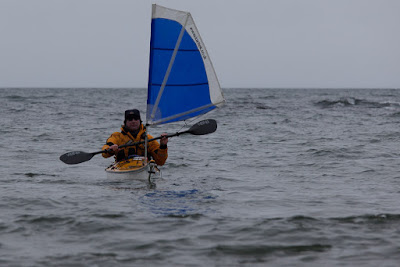 Still it was an excuse to take a detour past the reefs of Barwin Point and land at Carrick Cove. 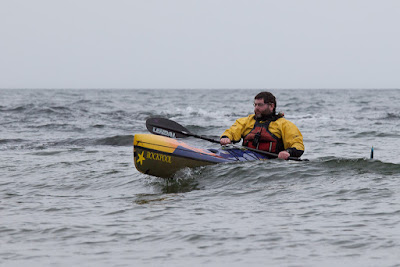 Jim in the Taran was catching plenty waves but was already finding it hot work keeping up with the sails. Still, he was getting in training for some sea kayak races later in the year. 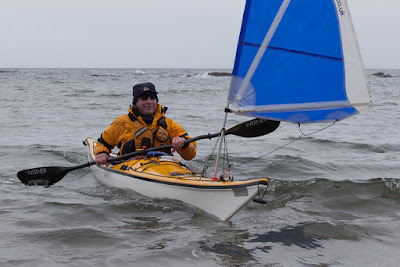 Mike was still beaming about his new found toy as... 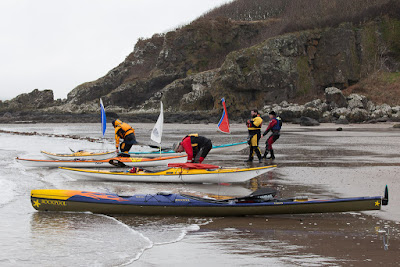 ...we took a break on the sands while Phil fixed his boom.
Posted by Douglas Wilcox at 10:54 am 2 comments: