A rocky epilogue in Corbies Cove. 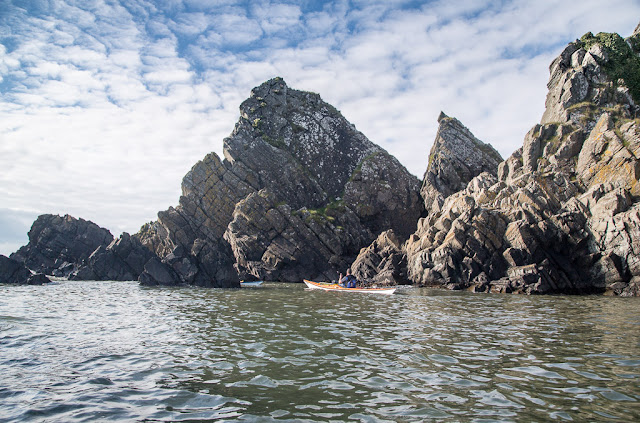 From Corbies' Cove it was a short paddle to the contorted rocks of Ravenshall Point. 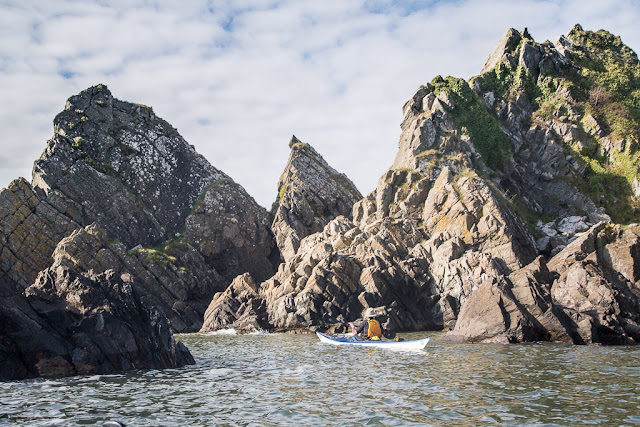 It was near HW and we were able to make our way through several rocky channels to... 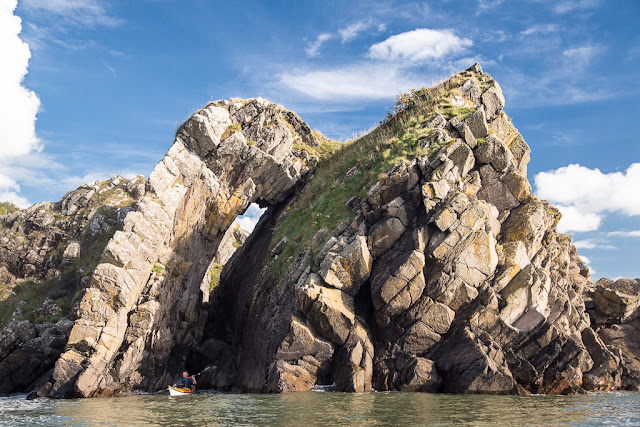 ...the NW side of the point where this rather fine arch is situated. 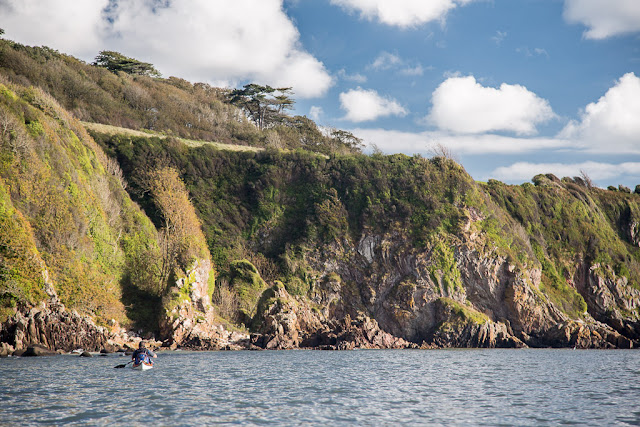 At this point we turned back towards... 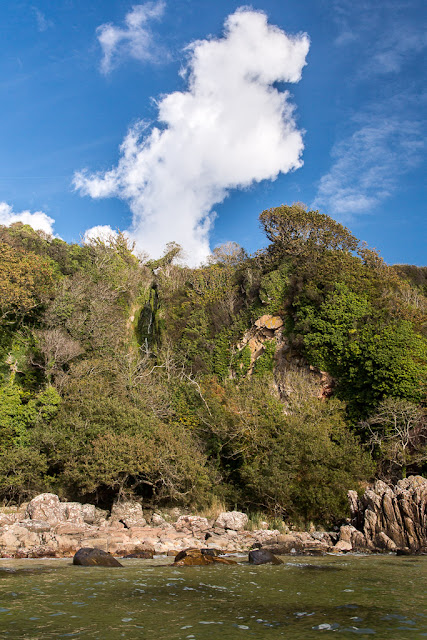 ...Corbies' Cove where the sand below the waterfall was now well under water. 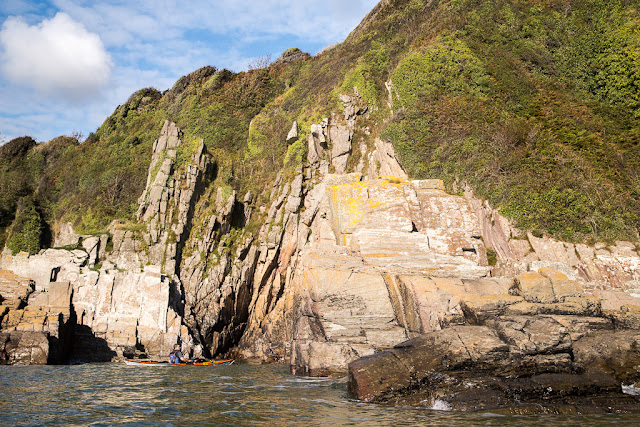 As we paddled east we dallied at almost every corner... 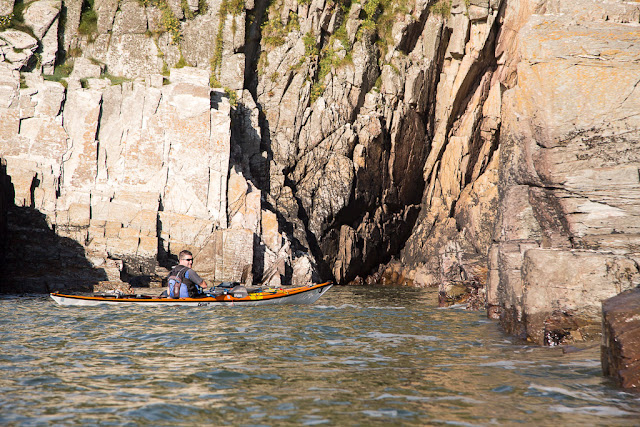 ...it was so warm that many Red Admiral butterflies were warming themselves on the rocks just inches from the sea. 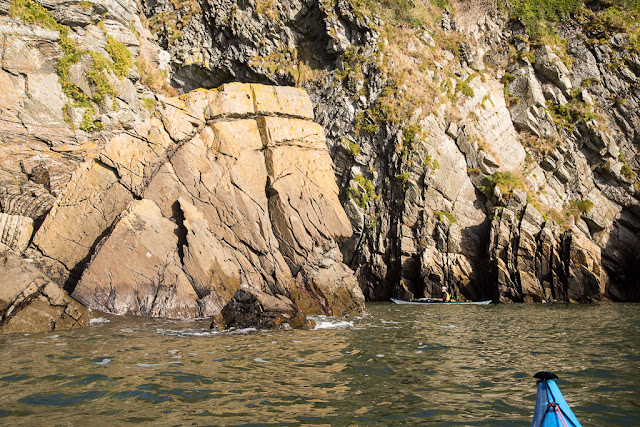 We really did not make rapid progress as we looked for any excuse to divert into... 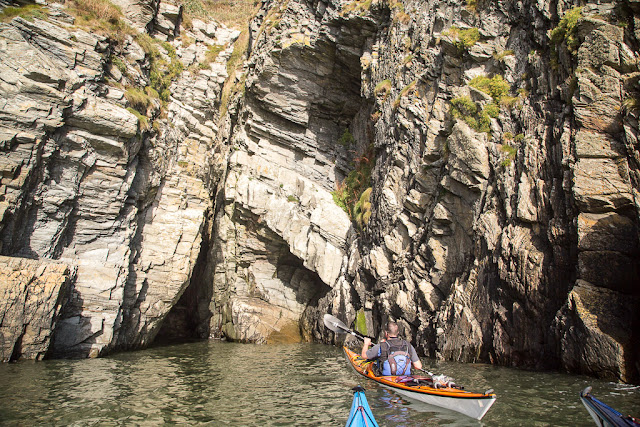 ...every nook and cranny. 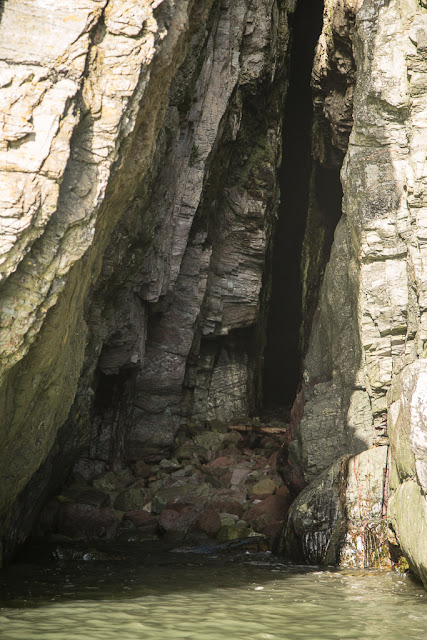 We came across this rather fine cave that stretched in as far as the eye could see.  I am pretty sure this would have been used by the many smugglers that used to frequent this coast. This section of coast at high tide is a real treat, the gaps between the rocks become ever smaller! 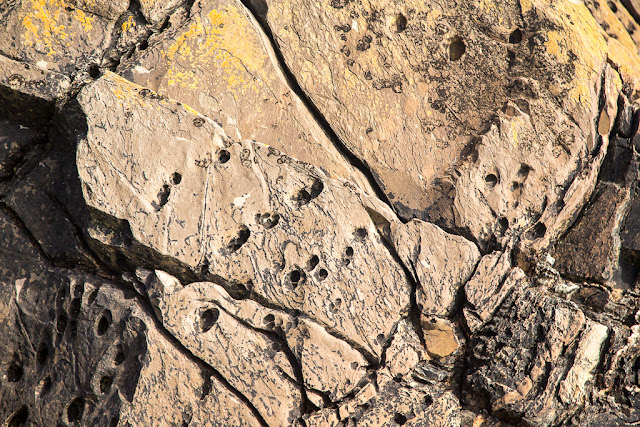 Along this coast most of the rock is Silurian greywacke sandstone but there are a few volcanic dolerite intrusions, like this one, complete with gas bubbles. Our trip to the Solway was nearly over as just round the corner we would pass a series of caravan sites but what a wonderful rocky epilogue Corbies Cove had proved to be.
Posted by Douglas Wilcox at 7:40 am 2 comments: