Fiery matters at a Barlocco dawn. 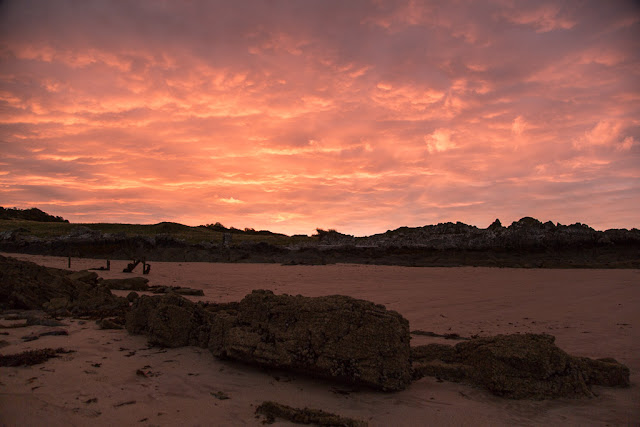 Dawn over Barlocco proved to be more than a match for the previous evenings sunset. It was as if... 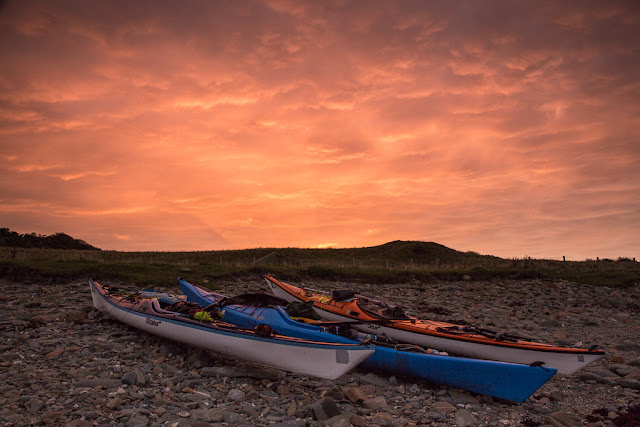 ...our fire from the previous evening had some how set the clouds alight. 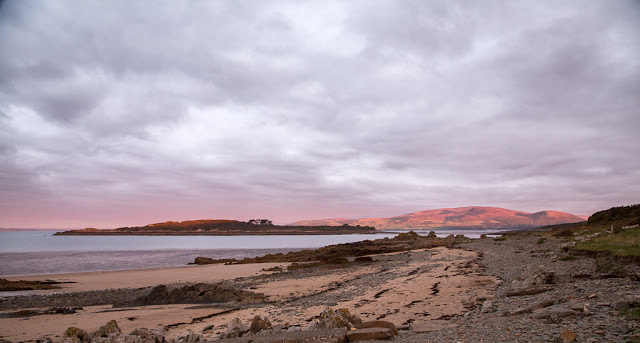 Before the first sun of the day fell on our beach... 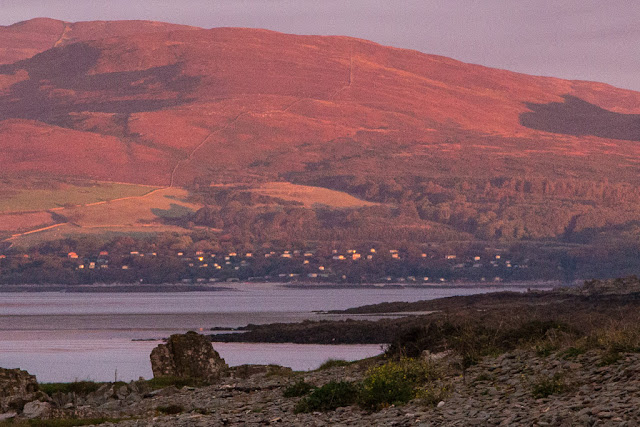 ...the Galloway Hills of Cairnharrow, Ben John and Mill Knock were illuminated in beautiful red light. 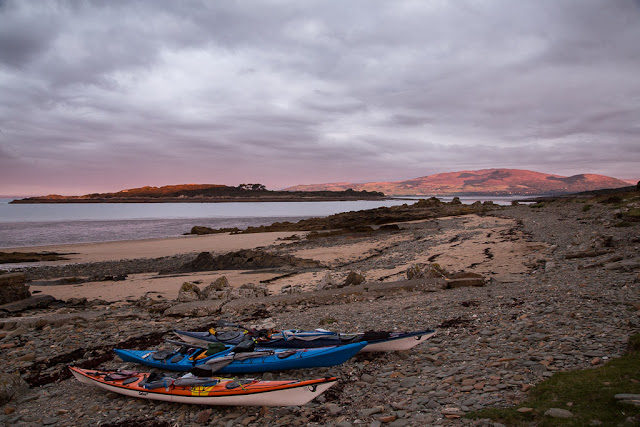 We went down to the boats to collect our breakfast things as the sun slowly but steadily... 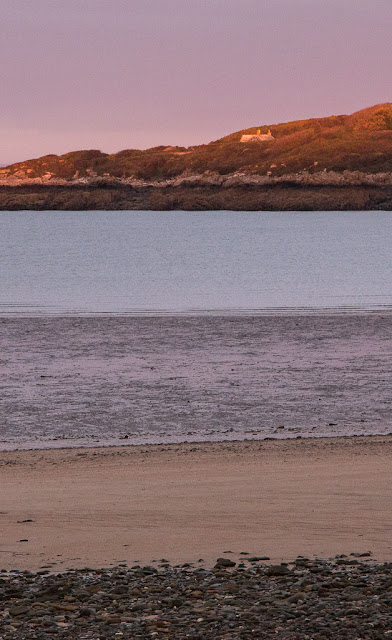 ...dropped towards sea level, lighting successive layers of the land and seascape as it did so. 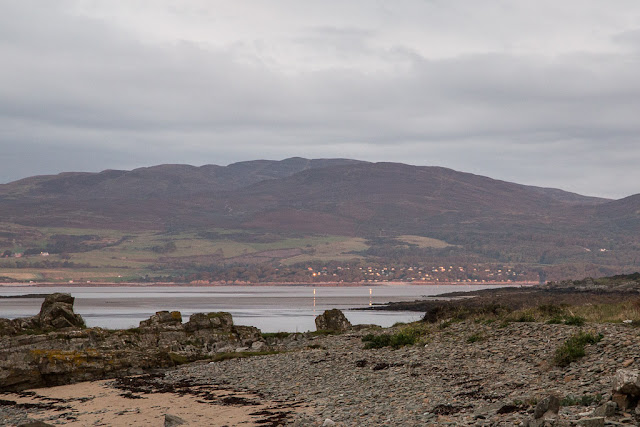 There was not much sign of life at the caravan site across the bay as... 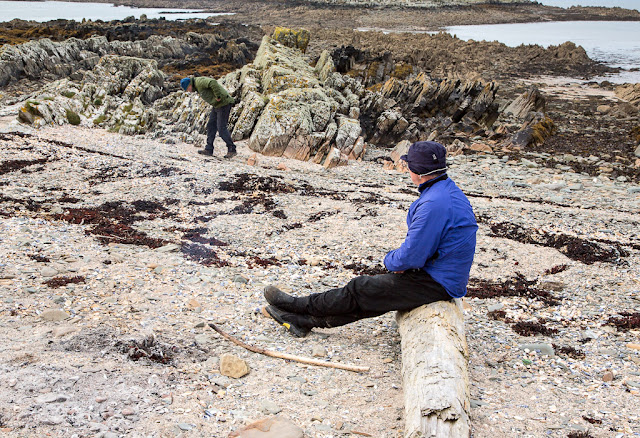 ...we warmed ourselves by the embers and warm stones of the previous night's super fire. Note that the large round log which formed the back of our fire has completely disappeared! This year has been a good year for fires. We are not just talking size but also about heat output. Crispy trouser bottoms are a sign of a good fire but are not in themselves a measure of how good a fire is. However, we now have a rough scale to judge future fires by: ten Inchmarnocks (Ix) make one Cara (Cx) and ten Caras make one Barlocco (Bx). It might be some time till we have another Barlocco (Bx)! A key feature of this fire had been Ian's large log fireback which acted both as a reflector and a generator of heat..

In the background we saw the tide was coming in but we were in no rush to carry the boats far. So Mike toasted his toes by the embers and Ian went hunting for shells. 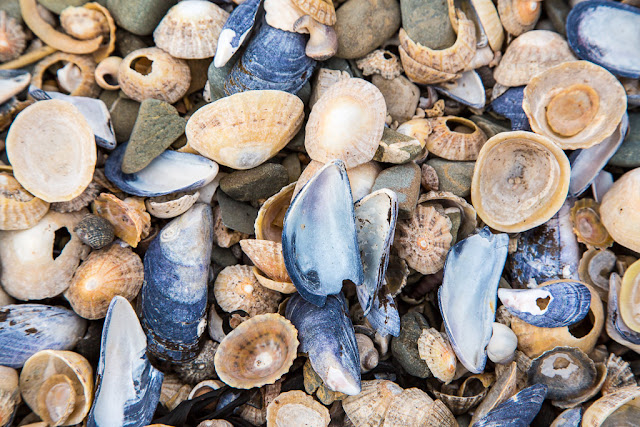 Jennifer had found a groatie buckie (cowrie) on this beach and given it to me for my 60th birthday. Ian did his best to spot one but there were none to be found. 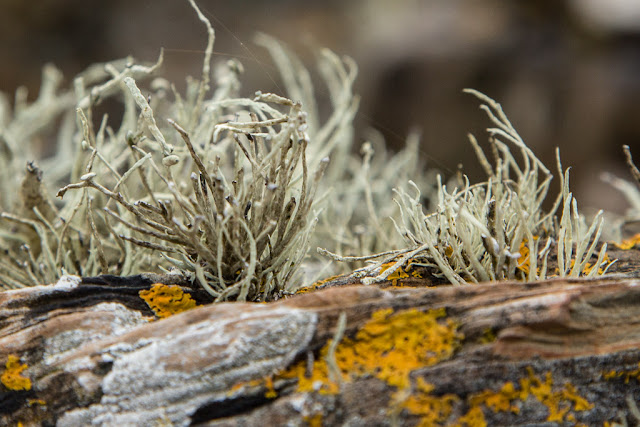 I went looking for lichens to photograph and gradually the tide came up to the boats...
Posted by Douglas Wilcox at 9:15 am 2 comments: