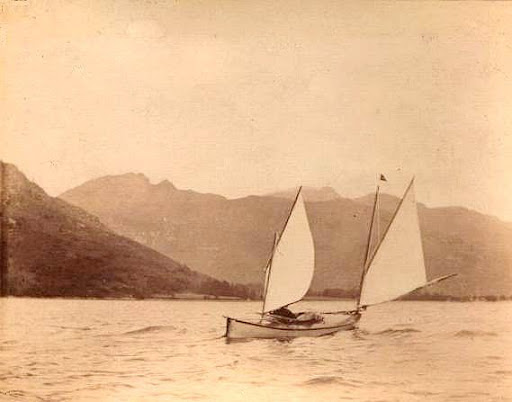 Sea kayaking has a long history in Scotland. In the last half of the 19th century decked, doubled ended clinker built "canoes" were popular. The majority had sails, like this one making her way up Loch Long under the rocky summit of the Cobbler. 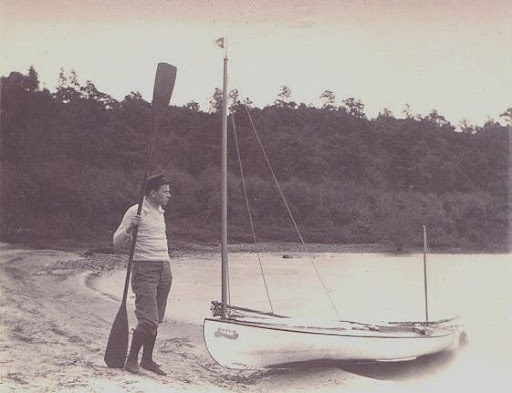 Make no mistake, despite the Scottish nomenclature of "canoe", these were kayaks. They were paddled facing forward with double ended paddles like this one on an island in Loch Lomond, they also had small cockpits with coamings. By 1873 the sport had become so popular that the Clyde Canoe Club was formed.

The above two photos are from the Loch Lomond Sailing Club web site. 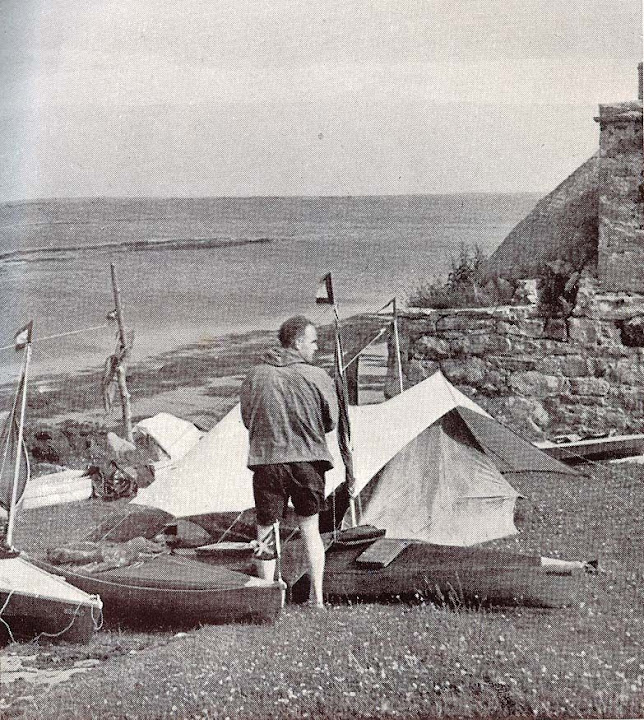 As late as 1951, by which time kayaks were of canvas on wooden frames, masts and sails were still an integral part of sea canoeing in Scotland. This photo is from the book Kayak to Cape Wrath by J Lewis Henderson. 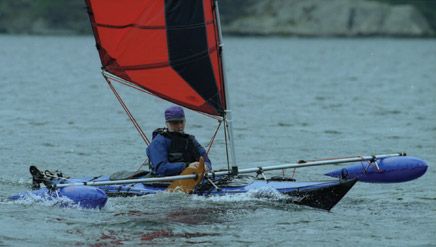 Somewhere along the way sails have all but disappeared from the Scottish sea kayaking scene (apart from some very complicated rigs with outriggers that take longer to assemble than a sailing dinghy and are designed primarily for sailing). Indeed, in his excellent book Sea Kayak, Scottish guru Gordon Brown makes not a single mention of using a sail on a sea kayak. (The above photo is from the Knoydart website.)

David and I have both been windsurfing since the late 70's and I have been sailing since 1959. Although we came into sea kayaking to get away from all the faff associated with sailing, David and I have often talked about trying a sail on a sea kayak. Last year when on a long crossing from Colonsay to Jura, we had a wonderful force 4 wind on our rear quarter. That was it we searched the Internet and found that canoe sailing was very big in Australia and New Zealand. These images of sea kayak sailing are provided by GnarlyDog who also has an excellent blog page on the technicalities of fitting a sail to a kayak. It was difficult to source a sail in the UK but eventually Geoff from Kari-tek sourced a Pacific Action sail. 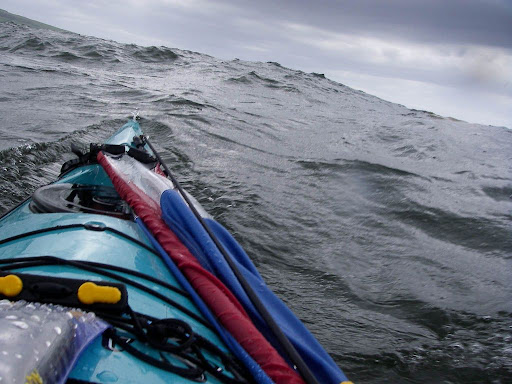 Our first test was in David's Aleut Sea II in a force 5 SW wind off Ayr in the Clyde. 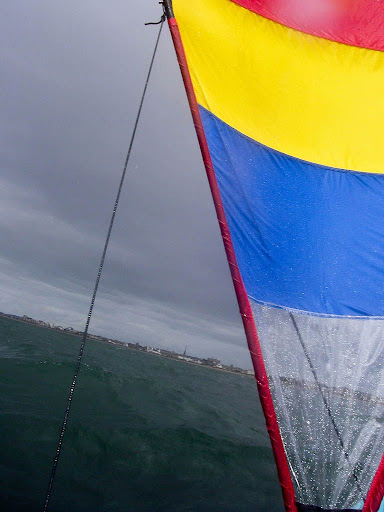 After we got upwind we turned towards the shore, a loop of shock cord was released and resulted in all 2.2sqm of sail leaping into the air. What a blast. We both carried on paddling but it was so easy to stay with the waves. At one point on a particularly good wave we hit 22km/hr. We were hooked!

However, the Pacific Action is very much a downwind sail so it was with great excitement that the staff of seakayakphoto.com learned that Mick McRobb from Australia's Flat Earth Sails is going to send us two Bermudan rigs to test. (Photo from Flat Earth Sails web site.)

All we can say is, watch this space, kayak sailing is coming back to Scotland!
Posted by Douglas Wilcox at 9:42 pm 9 comments: