The tale of Wee Cumby. 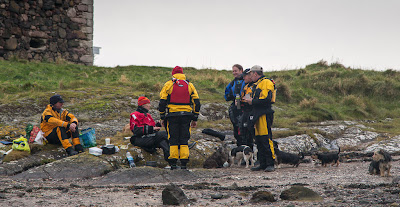 One of the great joys of sea kayaking is the second luncheon. We gather round on the rocks at the top of the beach, often under the walls of an ancient castle, and share stories of past expeditions while we eat. On this particular stop, on Little Cumbrae island, we were joined by the local pack of assorted hungry hounds. They are clearly doing well on visiting sea kayakers as their number has recently increased from four to five. No sooner had Phil opened his sandwiches than... 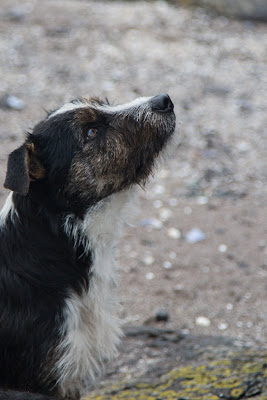 ...pleading eyes caused the good natured Phil to donate half his luncheon to such needy canine creatures. He then escaped up to the castle to enjoy what little sustenance he had left. 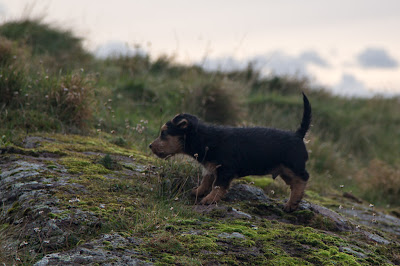 He was not quick enough. This little fellow (Wee Cumby, the pack's latest arrival) spotted an opportunity and ran expectantly after Phil, just as fast as his little legs could carry him. 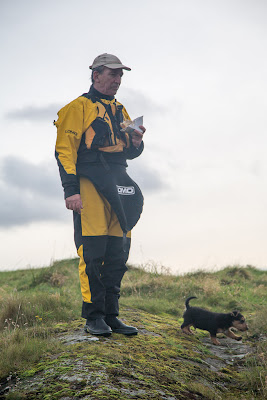 However, Phil was not to be parted from his few remaining crumbs. He was resolute. "Back to your mother" he commanded. 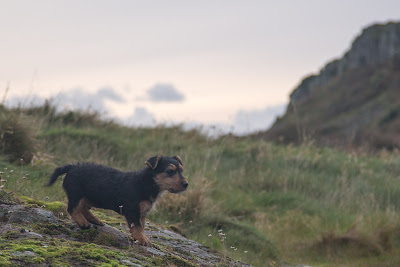 Wee Cumby obediently (but hungrily) made his way back to the beach. His ears were back and his tail was between his legs.
Posted by Douglas Wilcox at 7:50 pm No comments: