The sea cliffs of Hirta 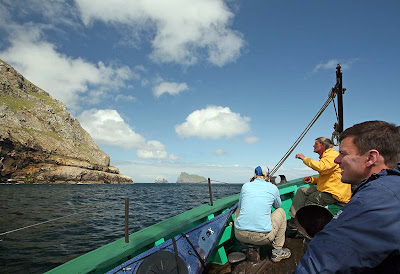 On board the MV Cuma again, we were soon rounding the eastern ramparts of Oisebhal on Hirta. We were bound for Boreray and the stacs and thence to Harris. 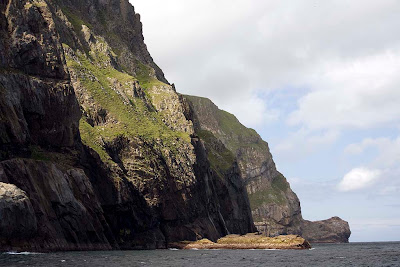 The NE coast of Hirta has the highest sea cliffs in the British Isles. Behind the low lying Sgeirnan Sgarbh in the fore ground, rise the cliffs of Conachair 430m. 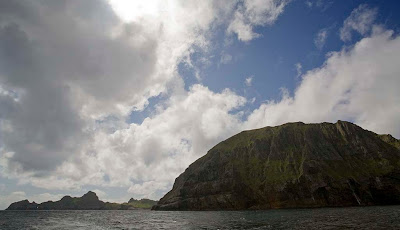 Looking back, the notched ridge of Dun shelters the Village Bay. 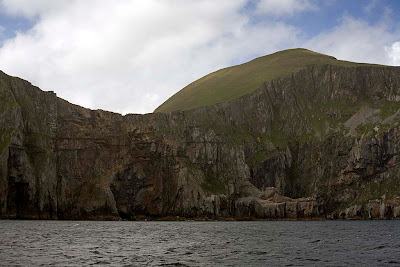 This is the Gap between Oisebhal and Conachair, down which the St Kildans lowered themselves in the hunt for fulmars. 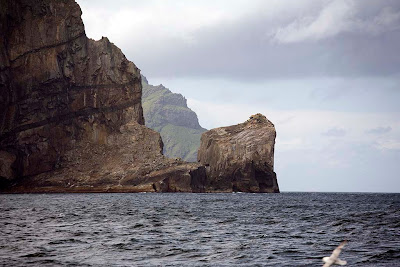 As the Cuma pulled away from Hirta, Soay came into sight behind Mina Stac. Like the St Kildans 78 years previously we were now leaving Hirta. Our acquaintance had been short but nonetheless we knew we were now leaving a very special place in our wake.