We were now deep within the inner basin of Loch Creran. We came to Inver Boat House. This was built in 1907 at the landing point of the steamer which supplied the residents of Glen Creran . The captain had rooms on the first floor of the boathouse. 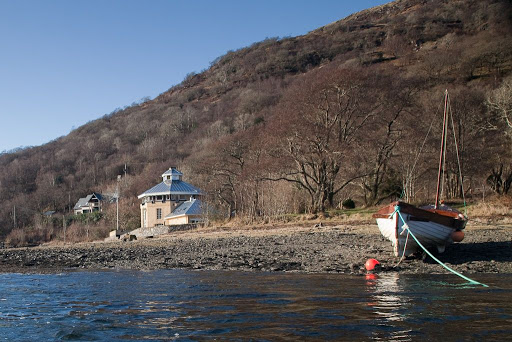 At first glance, it looks like the boathouse is a modern building but that is because it was extensively restored in 1999. It is now available as an expensive holiday cottage.

We were now paddling in very shallow water. High tide had covered the extensive alluvial fan deposited at the head of the loch by the River Creran. 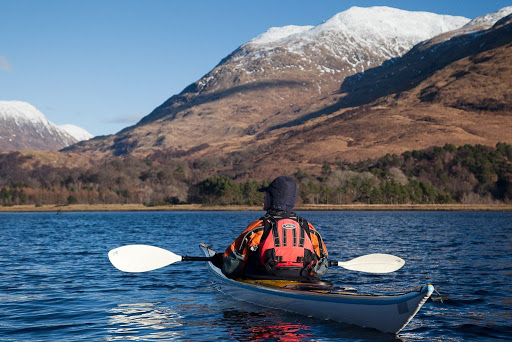 We slowed to admire the view up Glen Creran, a typical U shaped glaciated valley. It was nice to see remnants of the mixed woodland, which once covered most of Scotland after the retreat of the ice. Our keels finally came to rest on a sand bar, 12.5km from the entrance to the loch from the Lynn of Lorn. It was time to retrace our wakes and return to the sea. We would be taking the route of glacier but even we, would spend less time on the route than the ice! 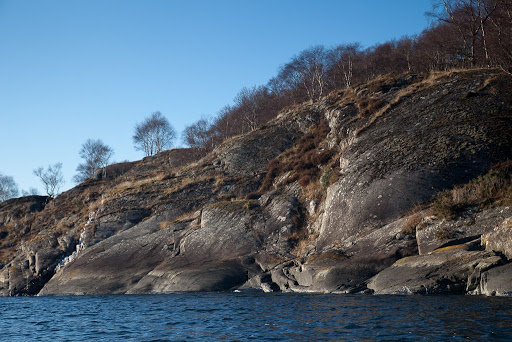 The Creagan narrows were carved by the glacier and the rocks are still scarred by striations ground by boulders trapped between the ice and the bed rock. The glacier retreated 12,000 years ago but on a site like this, there is so little vegetation that it could have much more recently.

The tide was still flowing in through the narrows but we had no problems paddling against it. On a spring tide with the ebb flowing out through the narrows against the prevailing SW wind, the overfalls extend for nearly a kilometer into the outer loch.
Posted by Douglas Wilcox at 8:37 pm No comments: