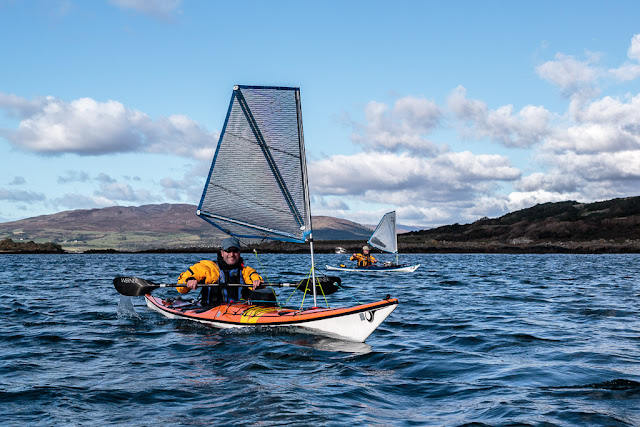 From the beach at Barlocco we continued SE towards Kirkandrews where... 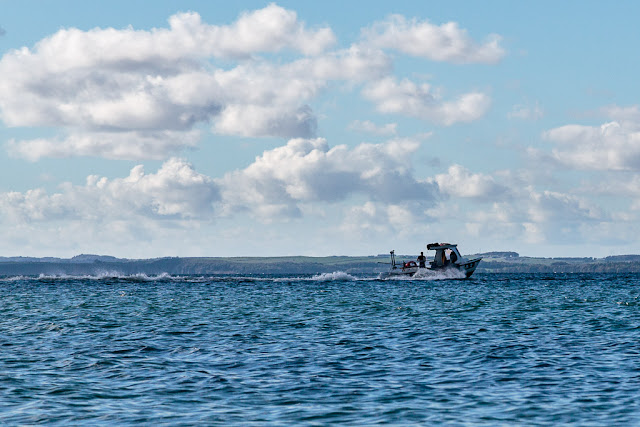 ...we were passed by two small shellfish boats. This one is "Irene K" A3 and her home port is Campbeltown. They had both been launched from road trailers near Kirkandrews. They seemed a long way from home. 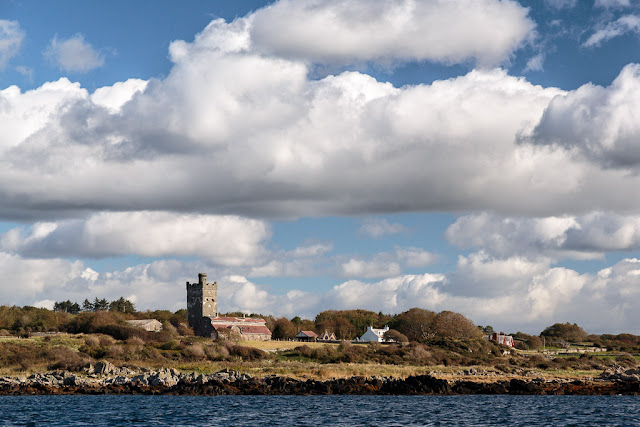 On the way we passed Corseyard farm with its tower and model dairy. The tower is not an old castle, it is actually a water tower and the dairy is a veritable "coo palace". The farm was built by Mr Brown of Knockbrex who had retired there from the Manchester department store of Affleck and Brown. 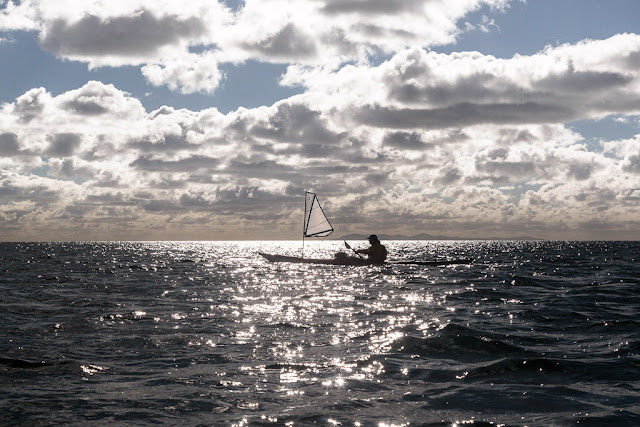 The light, clouds, wind and tide were Solway paddling at its best but yet again... 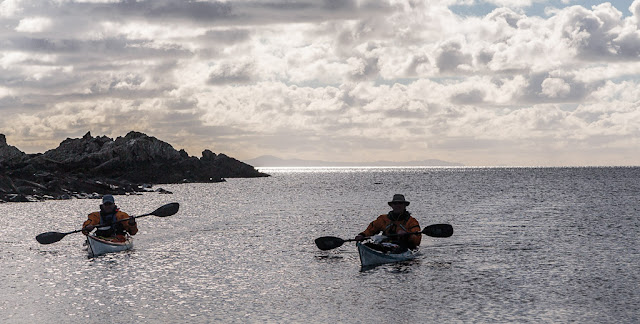 ...we made a diversion, this time into Castlehaven Bay. 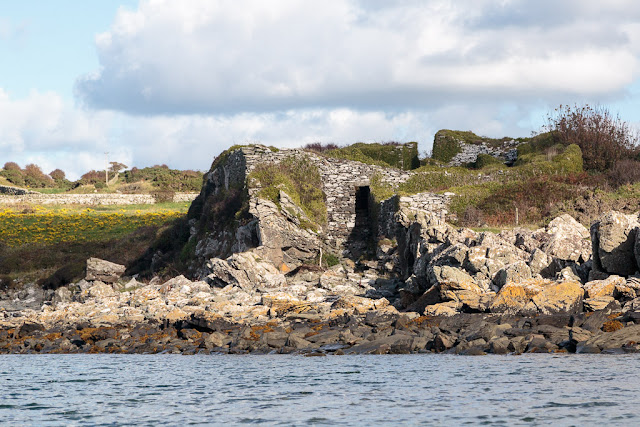 At the back of the bay lies the ruins of Castle Haven which was built during the Iron Age on a rocky promontory. It is thought that over 1000 years after it was built, the Vikings refortified the site as a "borg", giving rise to the name of the local hamlet of Borgue. 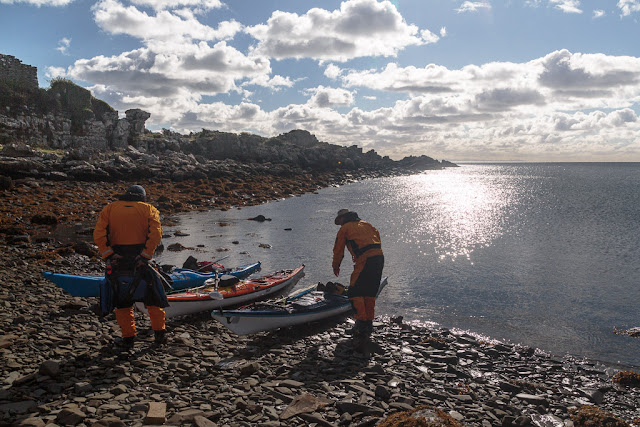 We decided to land and explore further. 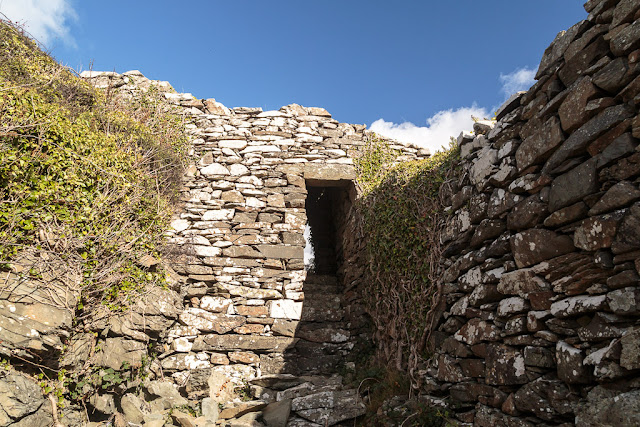 We entered via the postern gate which leads down to the sea. 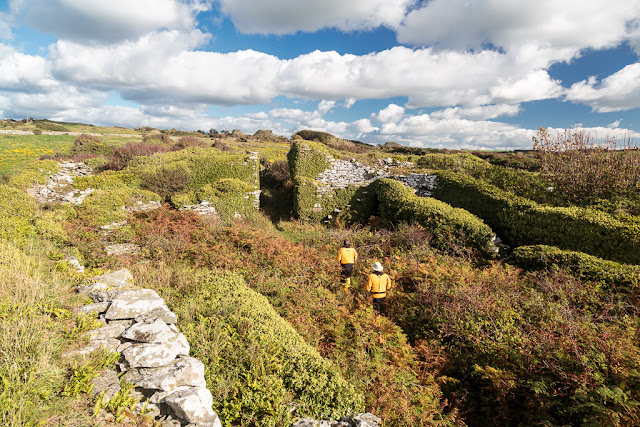 Castle Haven was excavated by Mr Brown of Knockbrex and James Barbour F.S.A.Sco in 1905 and they demonstrated that it had a galleried wall structure as is shown... 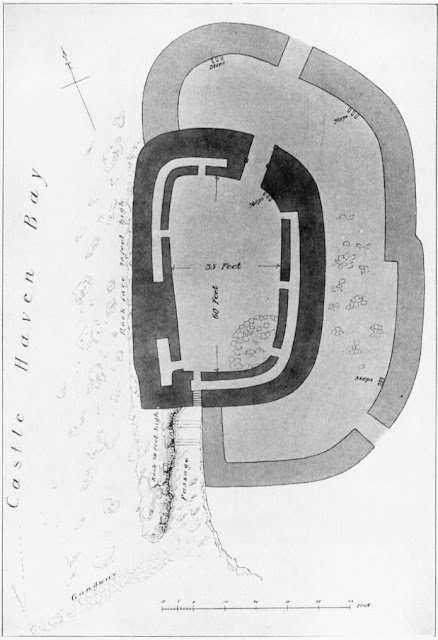 ...in this plan which was made at the time and published in the Journal of the Society of Antiquaries of Scotland in 1907. 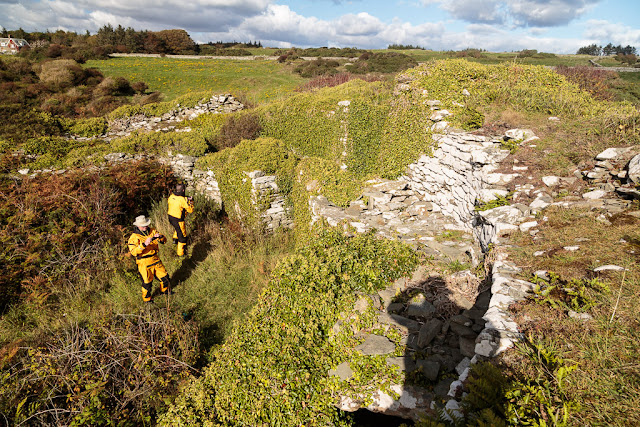 After the excavations were finished Mr Brown rebuilt some of the dry stone walls by adding height onto the existing foundations. 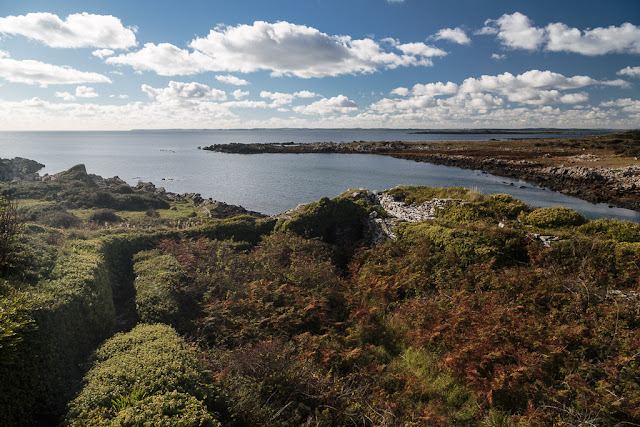 The doubled wall structure clearly seen in this photo is very typical of the brochs and duns found in the highlands and islands of Scotland. This makes Castle Haven the most southerly broch in Scotland. Most duns are circular but Castle Haven is D shaped as its sea edge follows the line of the vertically raised rock strata at the edge of the bay. 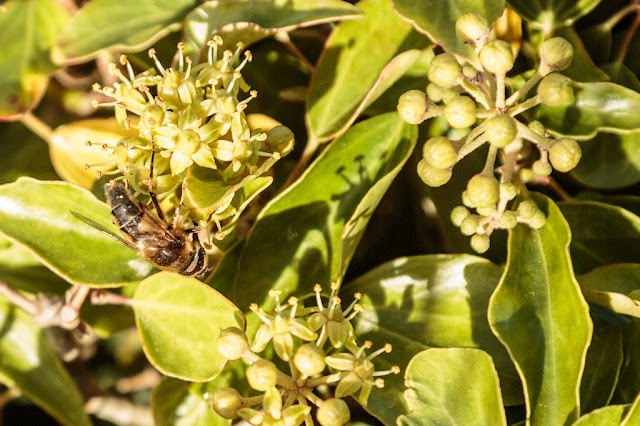 We were not alone. The air was full of the sound of buzzing bees who were gathering nectar from the climbing plants that were gradually choking the walls of Castle Haven.