The ferries of West Loch Tarbert. 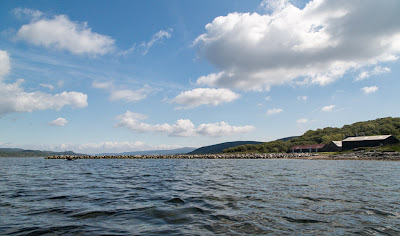 No sooner had we entered West Loch Tarbert than we came across a long stone pier. 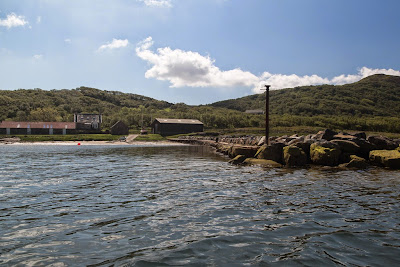 This is the remains of the Portachoillan ferry, which was a passenger ferry across the mouth of the loch to Ardpatrick on the west side. 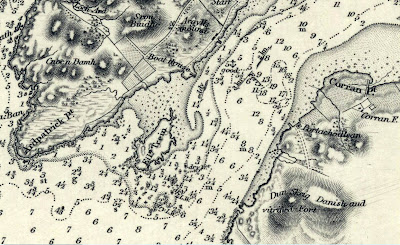 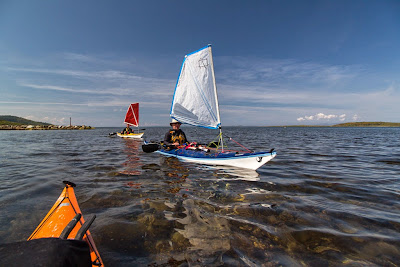 After leaving Portachoillan we left the open sea behind us and entered... 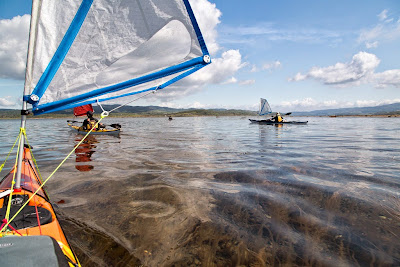 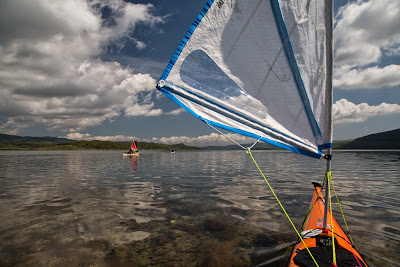 We chose to paddle in very shallow water as the loch is very narrow and... 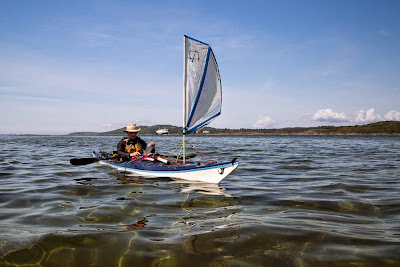 ...a rumble of engines behind us announced... 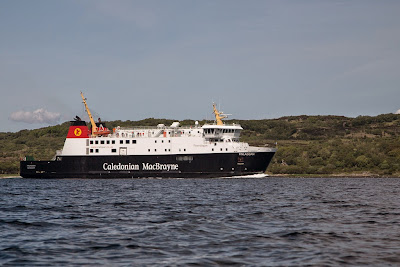 ...the return of the MV Finlaggan. We knew we were safe in the shallow water. Although the loch is 700m wide at this point, the deep water channel is only 130m wide, so the ferries do not have much room. 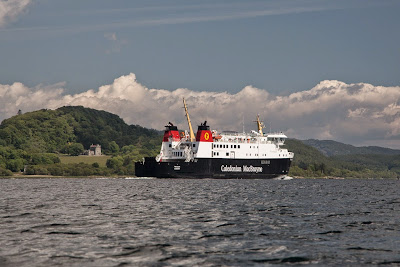 Although West Loch Tarbert is sometimes busy with ferry traffic, the main road to Campbelltown does not follow the shore and so it is mostly a quiet and very beautiful location for sea kayaking. The ferry passed  the ancient walls of Dunsmore castle on the north side of the loch . The tower house is now a ruin but it was the seat of the McMillan clan chiefs in the 17th and 18th centuries. 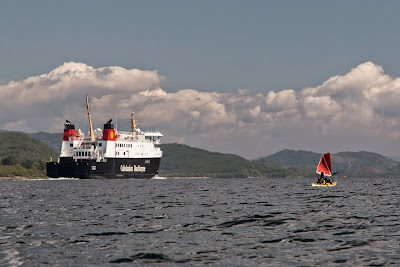 The MV Finlaggan soon passed by on its way to Kennacraig and we were left to enjoy the loch in peace again.
Posted by Douglas Wilcox at 4:34 pm 4 comments: