We paddled steadily on but with a readiness to duck.

After our wonderful meeting with Alistair Wilson, founder of Lendal Paddles, Phil, Jennifer, Donald and myself set off across a glassy sea in our respective craft and... 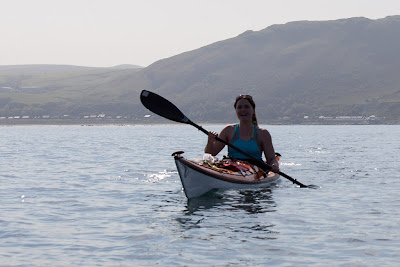 ...soon left the Ayrshire coast behind. 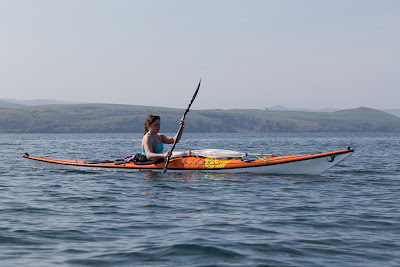 Jennifer was enjoying the Cetus MV and was just about to streak ahead when all of a sudden, the VHF burst into life on Channel 16:

This generated some alarm but I knew that "Area 73 Ailsa" lay to the SW of Ailsa Craig and we were approaching the isle from the SE. However, a bank of sea fog rolled in, blotting out Ailsa Craig from view. We paddled steadily on but with a readiness to duck. All of a sudden, rounds of heavy automatic fire echoed out of the fog, Yikes! 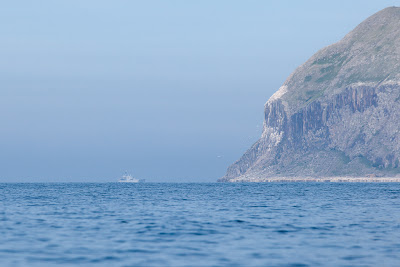 Then at 1100 the firing stopped and HMS Mersey emerged from the mist to pass behind... 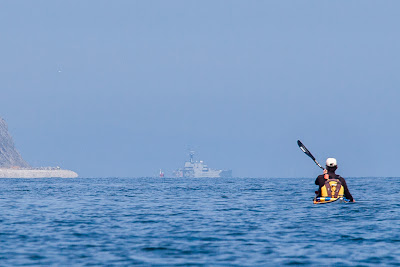 ...Ailsa Craig where she reappeared with a surfaced submarine alongside. We continued on our way undisturbed by further shell fire.
Posted by Douglas Wilcox at 9:37 pm No comments: