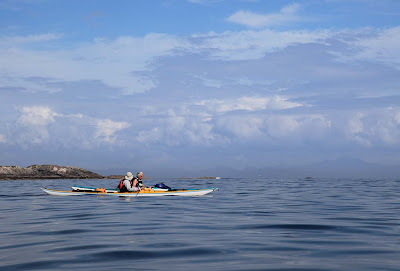 Despite the appearance of Paradise, our comfortable existence in the Sound of Gunna had one serious threat. David had run out of water. Frankly I was surprised that David drank any water at all but apparently he likes a little to brush his teeth. This crisis of mission critical supplies could only be resolved by a little 20km round trip to Scarinish on the nearby island of Tiree. We left Jennifer collecting cowrie shells on the strand and took to the high seas once more. 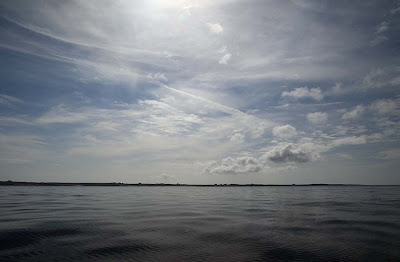 Unlike the steep bluffs of its rocky neighbour, Coll, most of Tiree is low lying machair. Its wide horizon is broken... 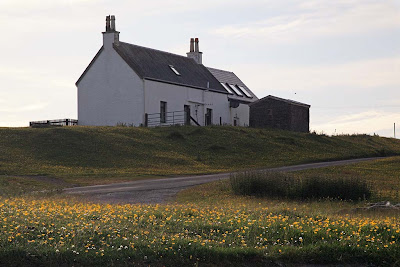 ...only by the roofs of croft houses. 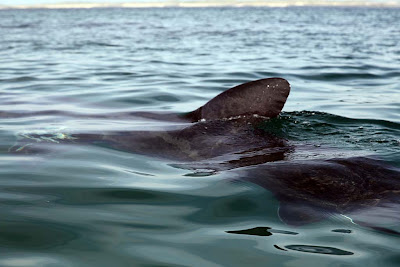 Our approach to Tiree was met by a magnificent 6m basking shark. 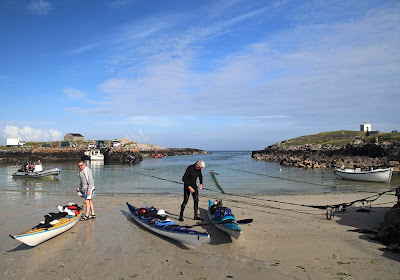 The hidden harbour of Port na Banaich is entered through a narrow cleft in the rocks. 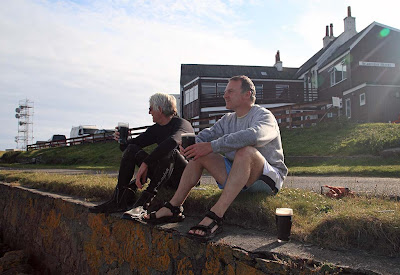 No one was more surprised than we three to discover that the Scarinish Hotel was furbished with the appropriately named Leanto Bar and that it was a mere step from the beach. The friendly barmaid disposed of our rubbish bags, replenished David's water bottle and poured three perfect pints of Guinness. What a brilliant sea kayaking pub!