Sunset on fire in the Mull of Kintyre. 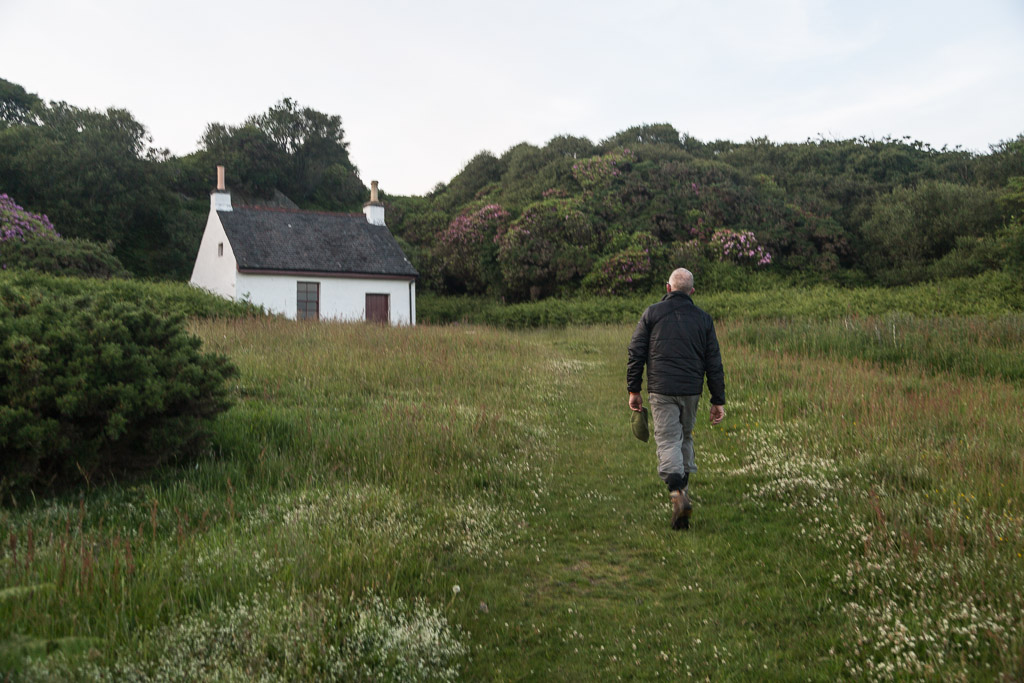 After we had eaten Tony and I set off to explore the environs of Saddell Bay. We came to the little locked bothy at Port na Gael. 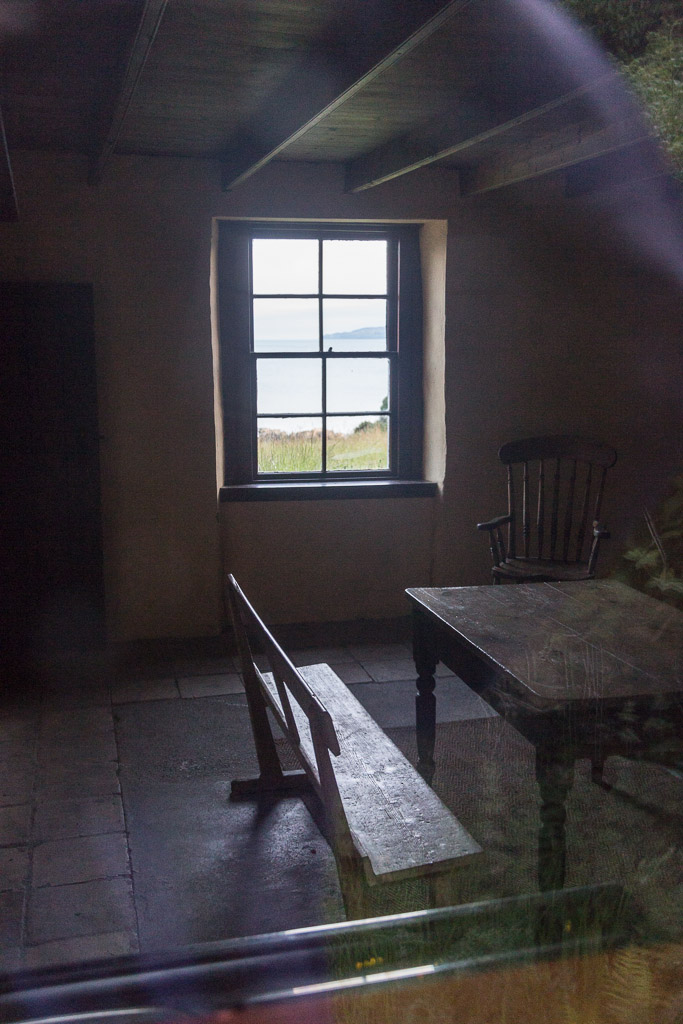 It was unoccupied but looked sound and dry. We set off from Port na Gael across exceddingly rough ground  to... 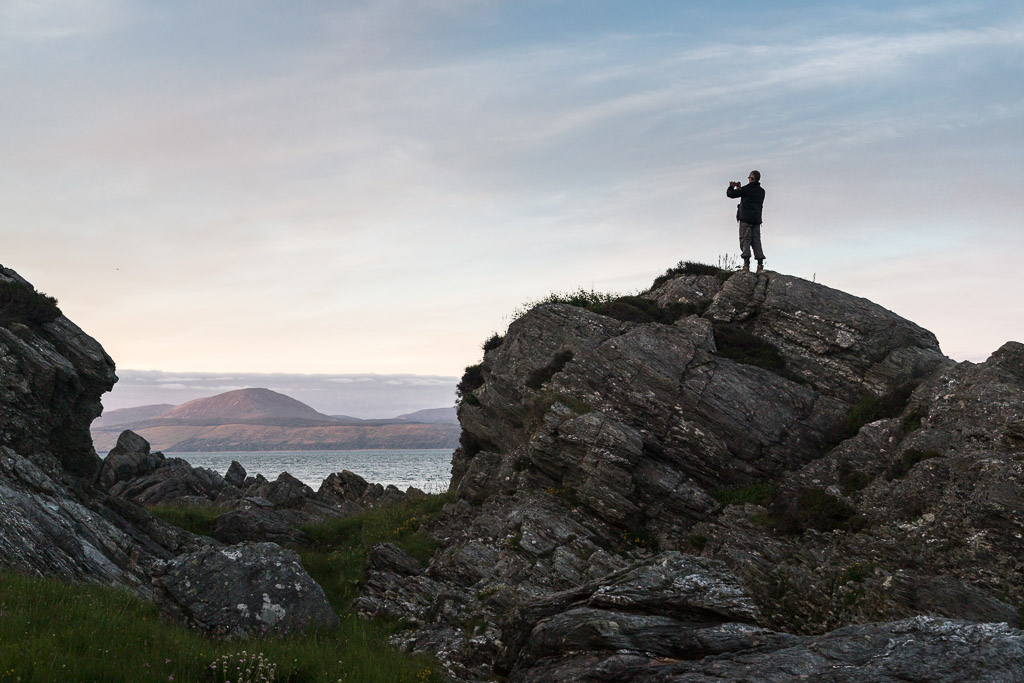 ...Pluck Point where we soaked up some great views in the sunset. 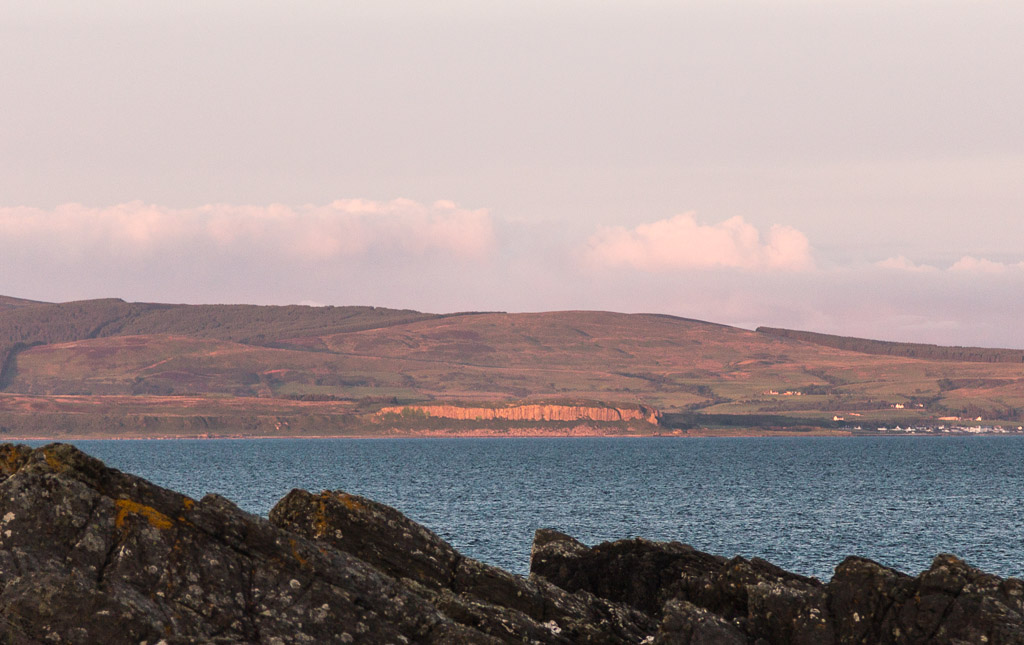 The great basalt columns and sill at Drumadoon Point on Arran reflected the rays of the setting sun. 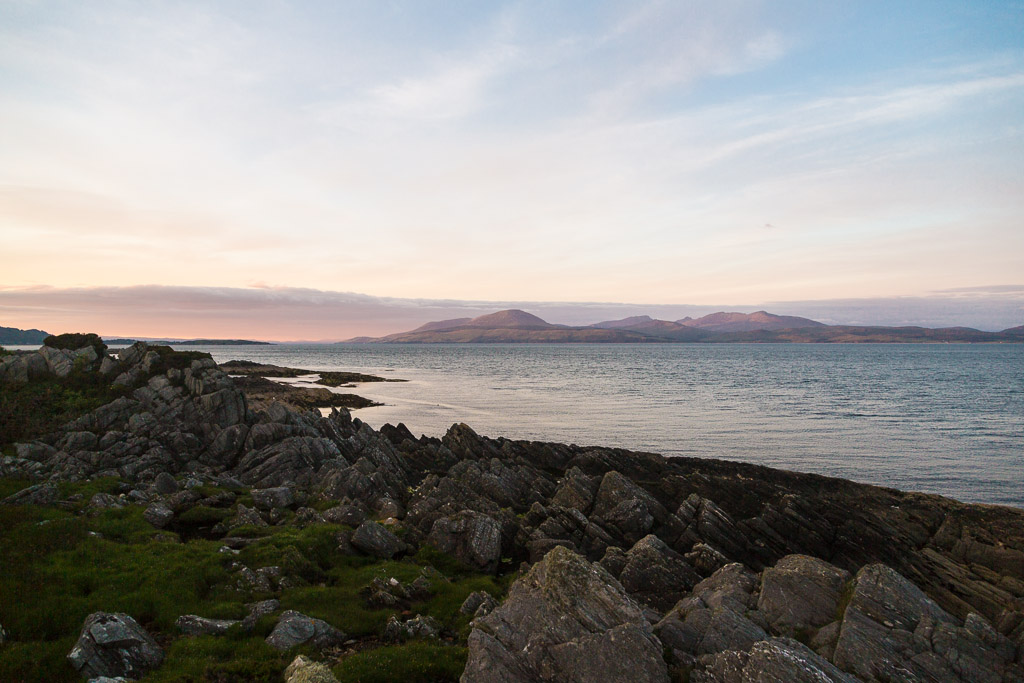 Further north, the granite ridges of north Arran soared into...

...the sky on the far side of the Kilbrannan Sound. 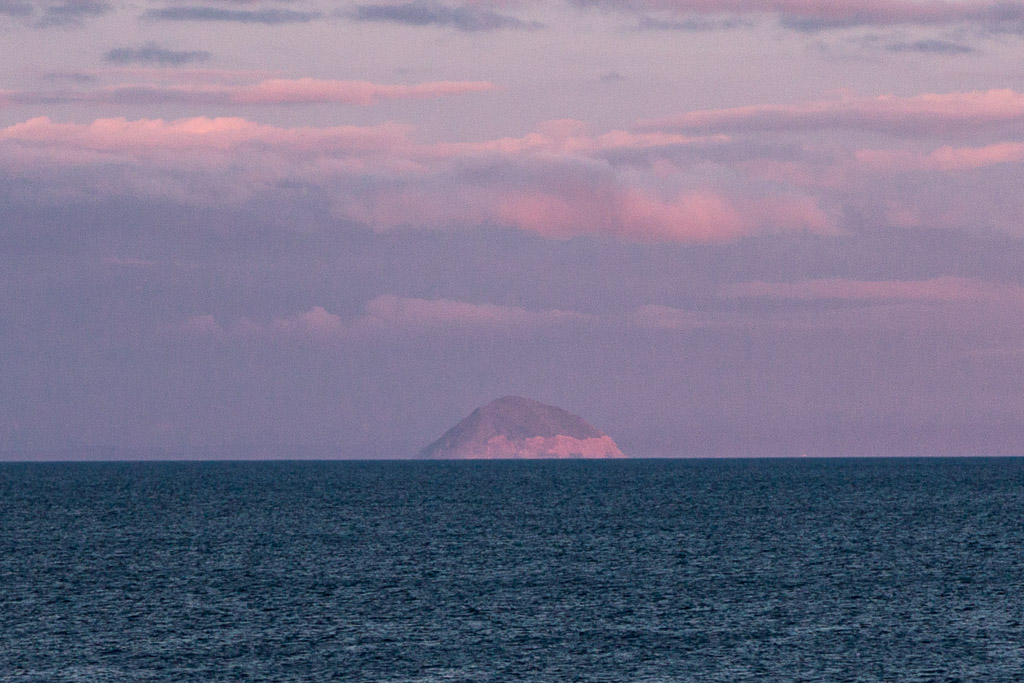 This telephoto photo captures the low sun illuminating the guano splattered cliffs of the bird colonies on Ailsa Craig, now some 39 kilometres to the SE. We hoped to camp there in two days' time. 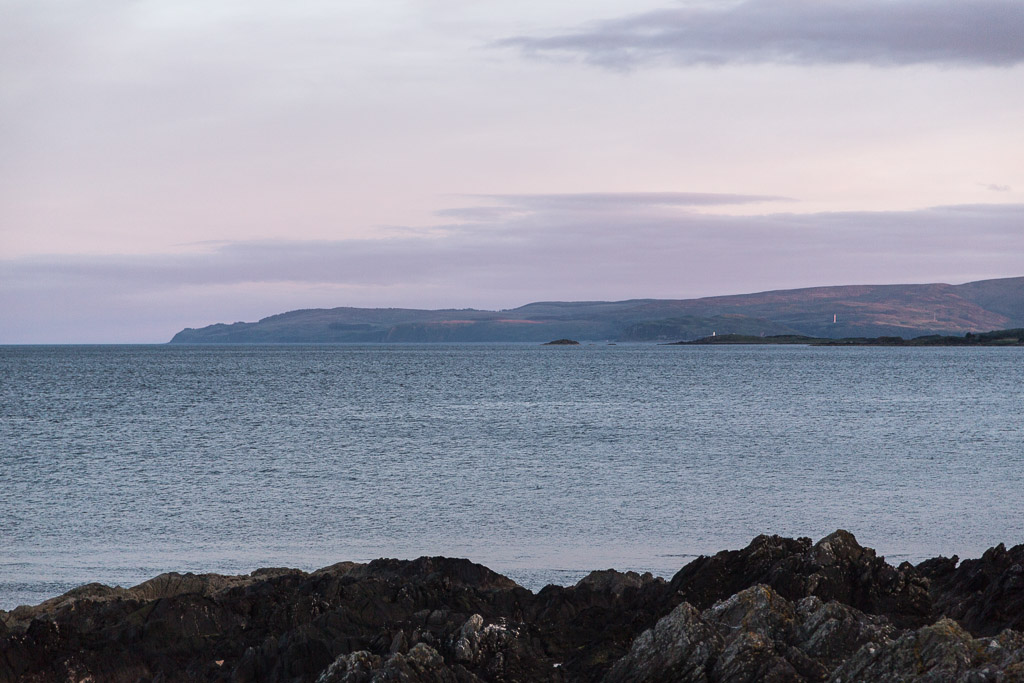 As the sun set we made our way slowly back over the rough rocks of Pluck Point. The Kintyre peninsula stretched away to the south. 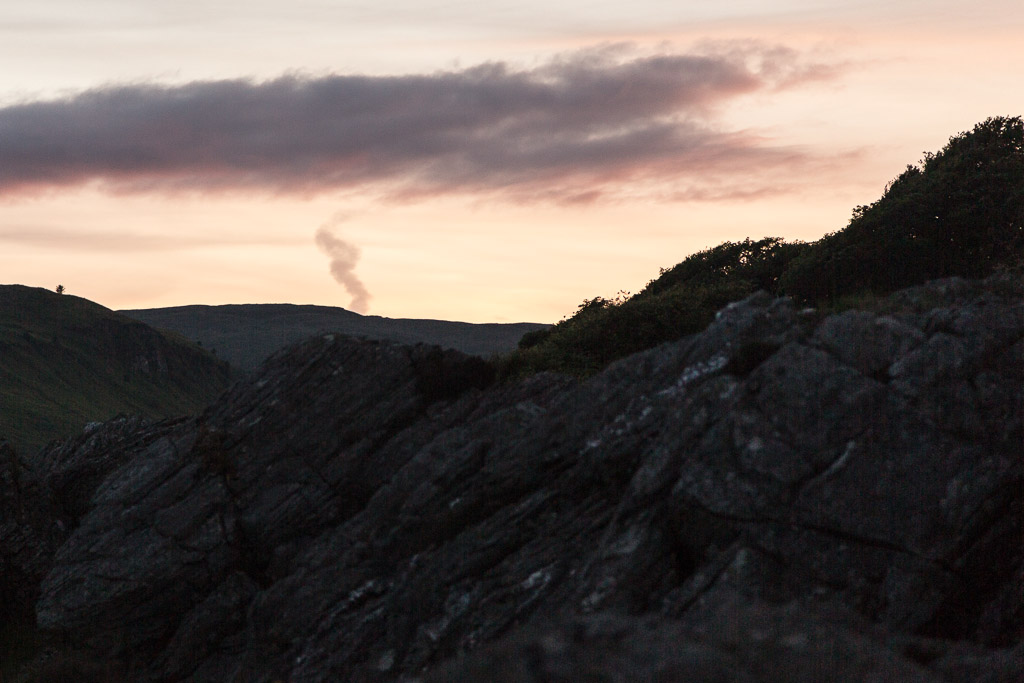 With the light now fading fast it was... 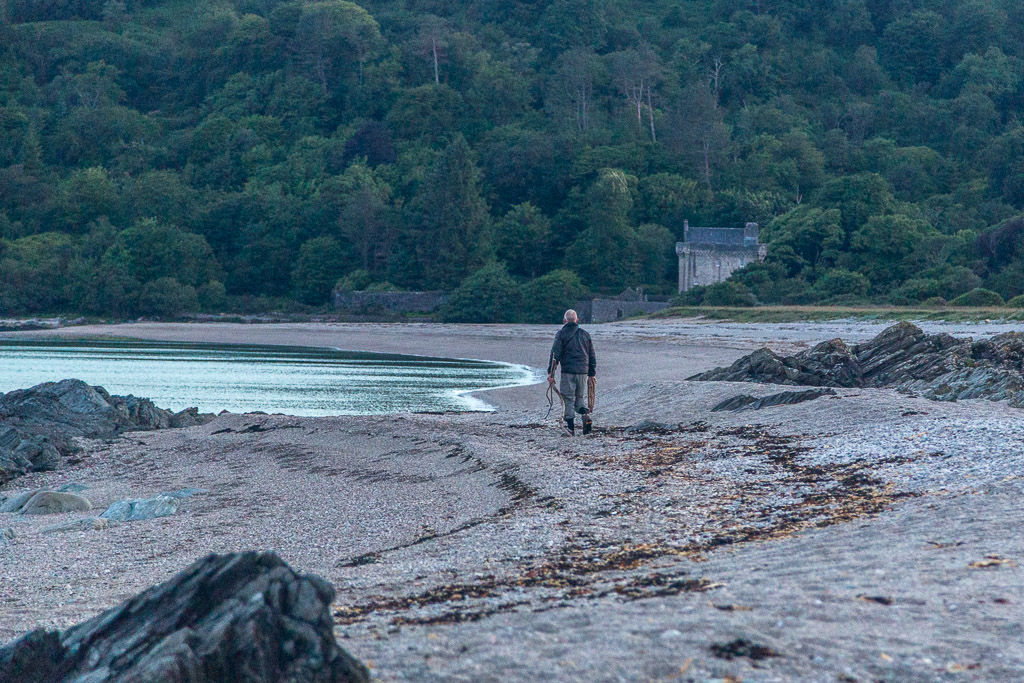 ...time to start gathering driftwood from the shore under the grey walls of Saddell Castle. It was built in 1512 for the Bishop of Argyll but belonged to James MacDonald in the 1550's. He had raided English troops in Ireland and the Earl of Sussex retaliated by sacking the castle in 1558. Today the castle can be rented from the Landmark Trust as a holiday home.

If something looks familiar about this beach and Port na Gael cottage, imagine Paul and Linda McCartney and the Campbeltown Pipe Band in the scene. Yes, this is where the video for the Wings hit Mull of Kintyre was shot! 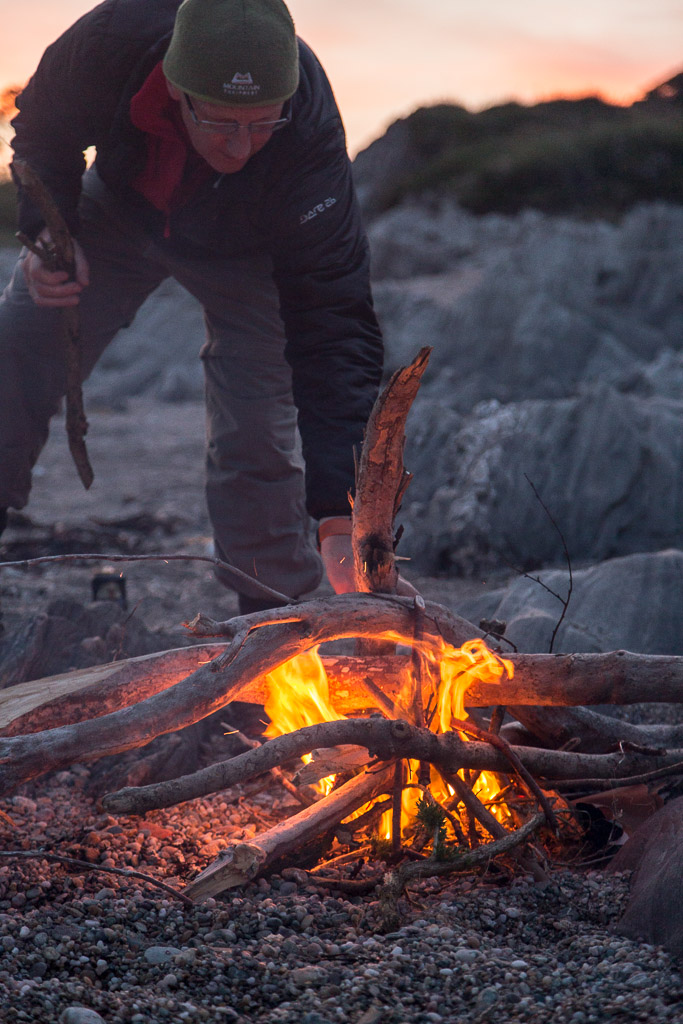 We wasted no time in lighting the fire and soon... 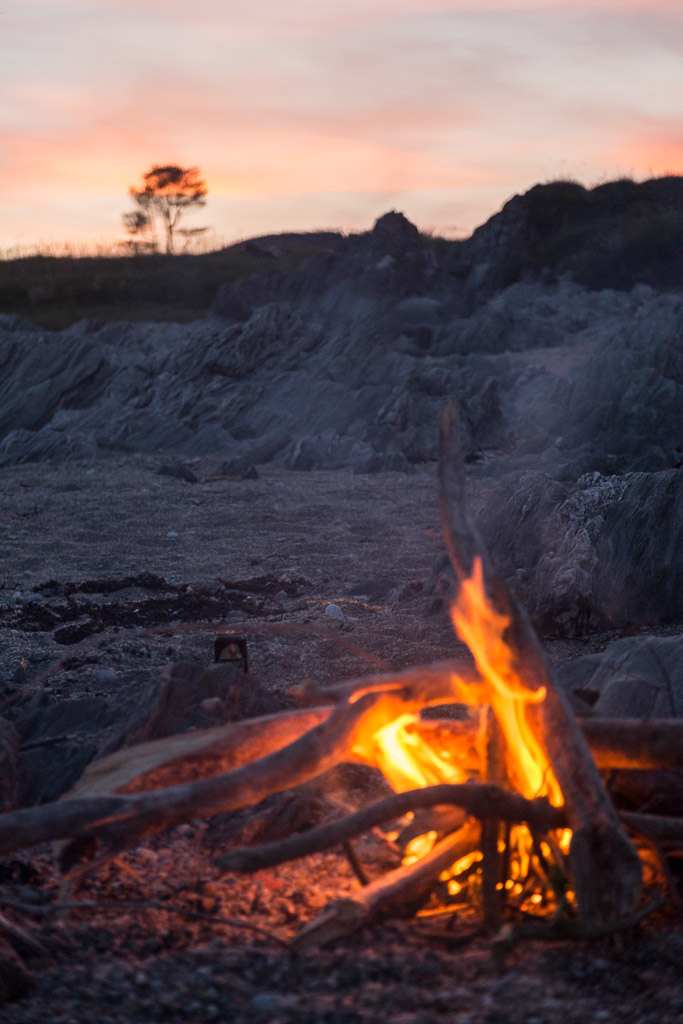 ...it was hot enough to put the baked potatoes on and flickering embers went  higher and higher into... 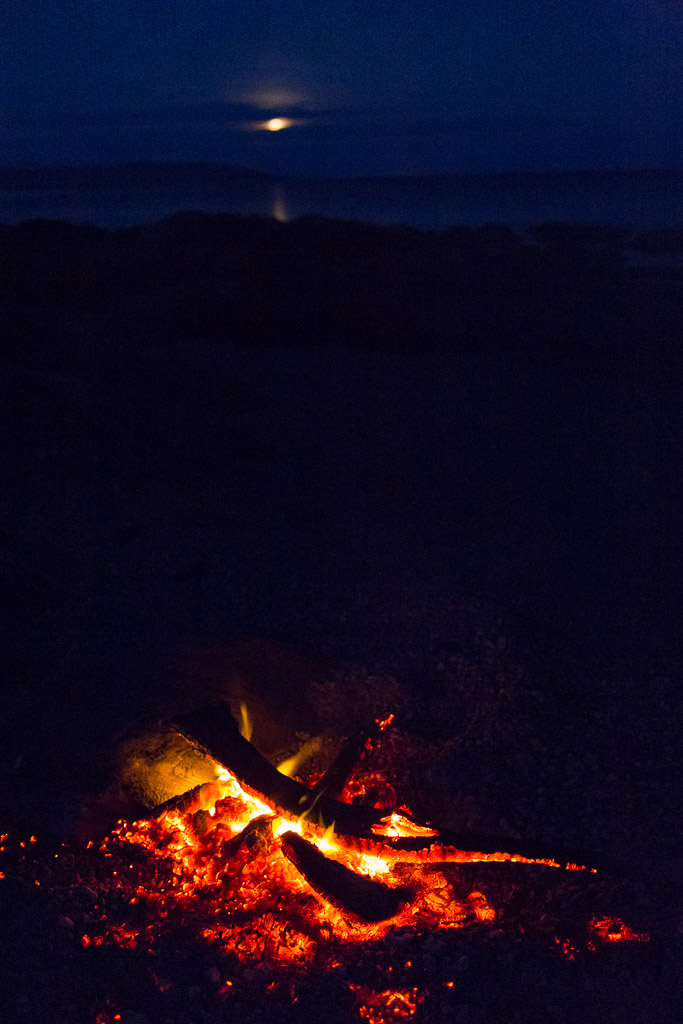 ...the darkening sky as the moon rose. 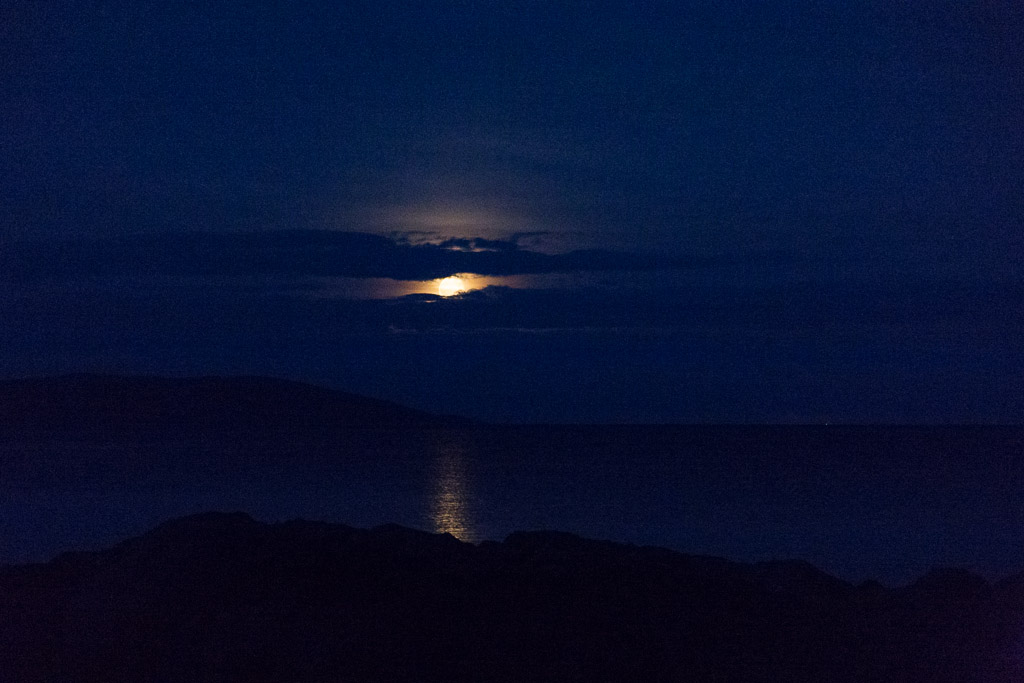 We chatted long into the first night of this great sea kayaking adventure.
Posted by Douglas Wilcox at 2:42 pm 2 comments: