Egalitarian cruising on the Clyde

After arrival at Brodick, we trollied the kayaks off the ferry and turned hard left at the top of the ramp. This took us to a little beach of reddish Arran sand. 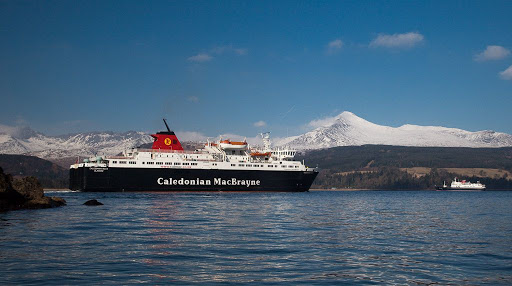 We were on the water quickly, almost as soon as the MV Caledonian Isles took to turn around. 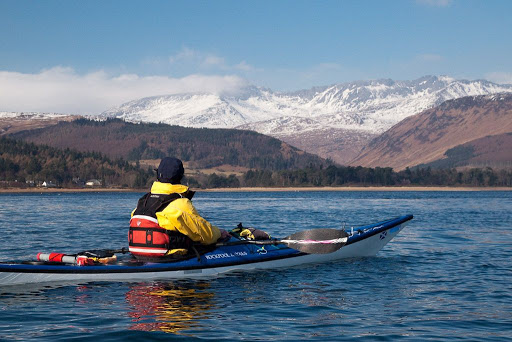 We launched into light winds and flat water which was in total contrast yo the conditions on the far side of the Clyde. We had not only made the right navigational decision, we had enjoyed a nutritious breakfast on board the ferry! 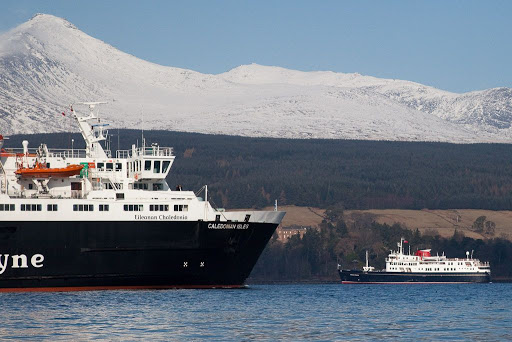 Beyond the MV Caledonian Isles we spotted the MV Hebridean Princess at anchor on the other side of Brodick Bay. 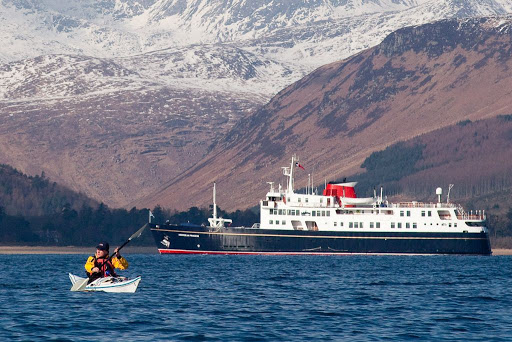 The MV Hebridean Princess is a former CalMac ferry that has been converted into a small luxury cruise liner. Don't expect to get much change from £2,500 per week in the cheap cabins. However, I understand the cuisine is in a different league to the fare we enjoy on the Arran ferry! Note the freshly painted navy blue hull which was previously black. Hebridean Princess has just undergone a major refit and this was her first outing in her smart new livery.

She was built in 1964 and, as MV Columba, she served on many routes out of Oban. Latterly she was a relief vessel for more modern RoRo ferries. When she was sold to Hebridean Island Cruises in 1988, she was the last hoist loading ferry in CalMac's Western Isles fleet. Originally she took 50 cars and 870 passengers. In her current role she carries only 49 passengers. 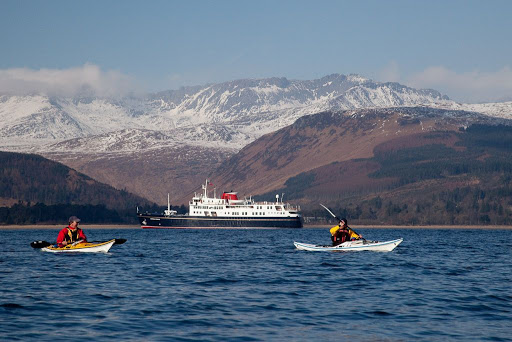 Cruising on the Clyde can be enjoyed by rich and poor, it's a very egalitarian activity.

We were looking forward to our yummy SPAM sandwiches, here is what those cruising on Hebridean Princess could look forward to:

Guinea Fowl with a Herb Mash and Ribbons of Courgette

Strawberry Pavlova with a Duo of Coulis

Coffee and Petits-fours
Will be served in the Tiree Lounge, the Conservatory and the Look Out Lounge 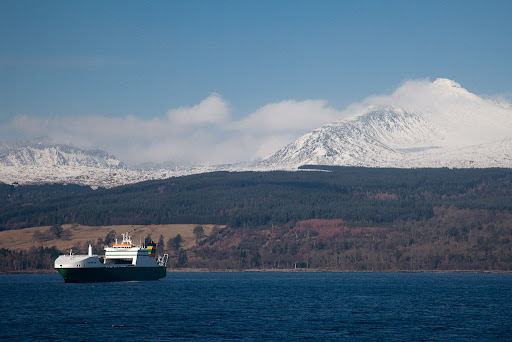 As the Arran ferry, MV Caledonian Isles, approached her terminal at the head of Brodick Bay, the snow covered mountains crowded round us and the sea in their lee flattened. 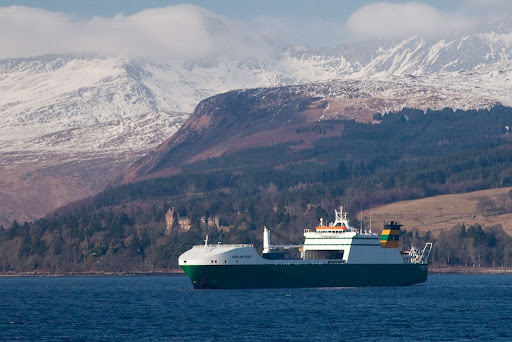 Lying at anchor, in front of the decorative turrets of Brodick castle, we saw an unusual ship. She was the MV Hartland Point. One of a fleet of six Royal Fleet Auxiliary Point class sealift ships. These are RoRo cargo and personnel vessels. When not being used for Royal Navy purposes, they can be contracted out for commercial trading and ferry duties. Hartland Point was the second of the class to enter service in 2002, after being built at the Harland and Wolff yard in Belfast. She displaces 23,235 tons and can cruise at 18 knots with a maximum speed of 21.5knots . She is 193m long, 26m beam and 7.6m draught.

Like us sea kayakers, the MV Hartland Point was taking shelter in Brodick Bay, which is sheltered from the prevailing SW winds. She was waiting to berth at the MOD Glenmallan jetty (alt. Glen Mallen) in Loch Long before making her way across the Atlantic to Becancour in Canada's St Lawrence River system. Glenmallan jetty is licenced to handle up to 44,000kg of explosives at any one time.
Posted by Douglas Wilcox at 7:37 am No comments: