Eddy lines, boils and whirlpools in the Dorus Mor 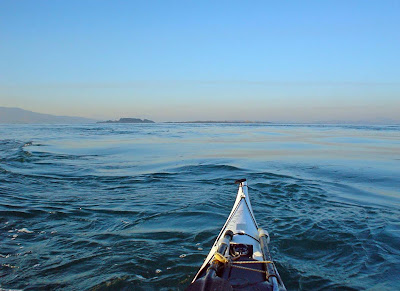 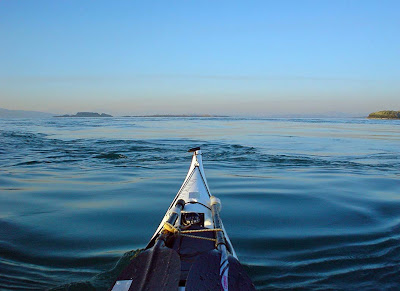 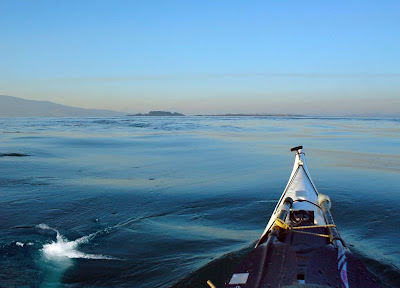 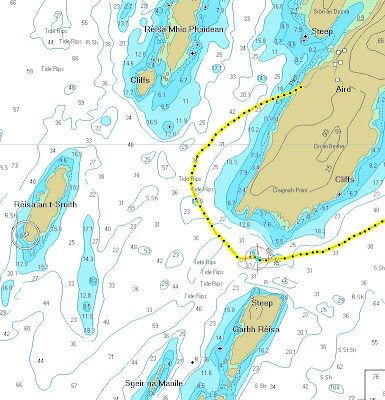 These photos were taken within the Dorus Mor before we cleared Craignish Point. We were travelling at 12km/hour which equates at 6 knots neaps as marked on the chart. I found myself progressing along an eddy line between a large, upwelling smooth boil on my right and a more disturbed area on the left. As you can see from the small blue segment on the GPS track, this corresponded with a sudden (involuntary) change in direction.

All of a sudden a small whirlpool appeared at the interface and within 2 seconds sucked air down to at least 6 feet below the surface of the crystal clear water. I dropped the camera and snatched my paddle out of the water to perform a reassuring air brace (as one does). Over the next minute I saw another five, near identical, whirlpools along the eddyline. Many years ago from a yacht, I saw about ten similar little whirlpools along another eddy line which forms nearer the Craignish peninsula.

Our maximum speed was well thorough the Dorus Mor when we reached 16 to 19 km/hr where our track went northwards near where the chart mentions tide rips. We did need to paddle quite hard to break out of the race, otherwise we might have ended up heading for the Corryvreckan. We started paddling north just after we met the whirlpools. You can get some idea of the flow by the large arc of our track.