The stones of Port Mor, Isle of Muck.

The island of Muck was lashed by rain and wind during the night. We were really glad we had chosen to stay in the warmth of the bunkhouse. 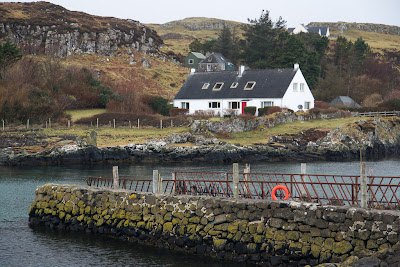 We had some time before the ferry arrived so we decided to explore the environs of Port Mor. The old hotel stands on the far side of the loch. It has been replaced by the new larger hotel at Gallanach on the north coast of Muck. 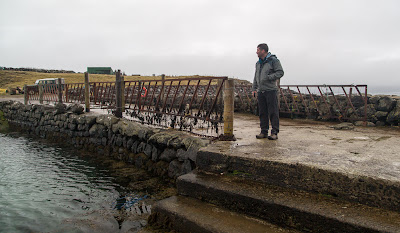 The old stone pier is still in good condition but nowadays the flit boat does not need to drop off steamer passengers as the modern ferry can now land on the new slipway and pier. 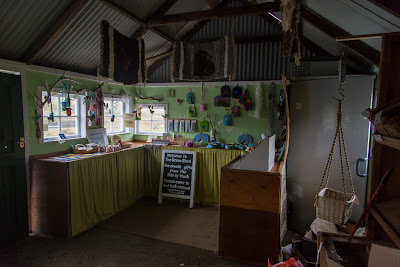 After passing it the previous evening, we decided to browse in the shop.

It is self service with an honesty box. Apparently the last recorded crime on Muck took place in the 1960's. 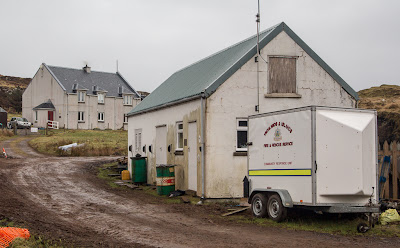 Turning north we passed the fire station and...

...the new solar array to help give the islanders 24 hour electricity. 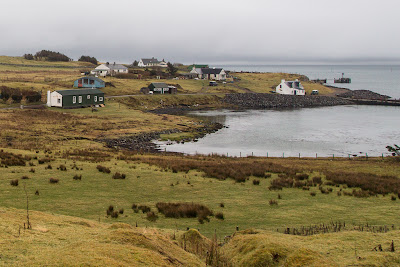 We started to climb to the... 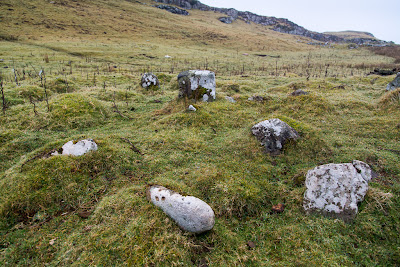 ...old cemetery and chapel at A'Chil. Most of the graves are marked only by boulders but there are some marked stones... 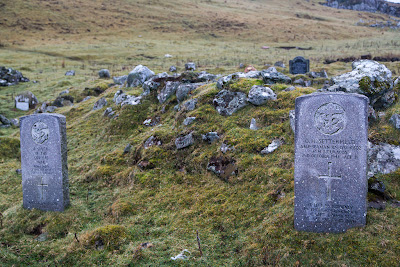 ...including these stones in memorial of two dead seamen who were washed up on Muck after the tragic sinking of...

...HMS Curacoa on 2/10/1942 during WW2. She was escorting the liner Queen Mary, which was carrying American troops to Britain. Unfortunately she was run over by the Queen Mary during anti submarine manoeuvers off the west of Scotland and she was cut in two and sank. The Queen Mary had orders not to stop for anything. There were only 26 survivors and 336 lost their lives. 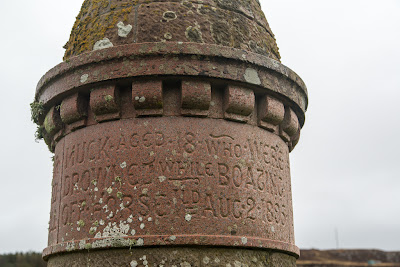 The biggest memorial at A'Chill commemorates the tragic death of three young island men in 1895. They drowned in a boating accident while shooting cormorants off Horse Island. 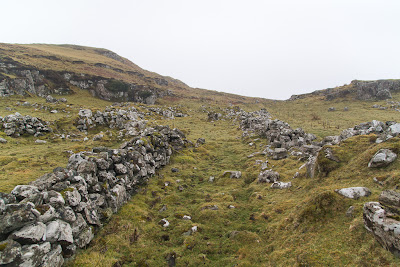 Above A'Chill are the remains of the abandoned village of Keil or Sean Bhaile. In Gaelic this means the "old village". In 1808 this street had 9 houses and two grain drying kilns. 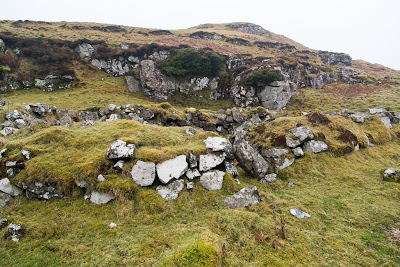 Now only a few piles of stones tell of the lives and labour of our ancestors two centuries ago.

Posted by Douglas Wilcox at 10:38 pm No comments: