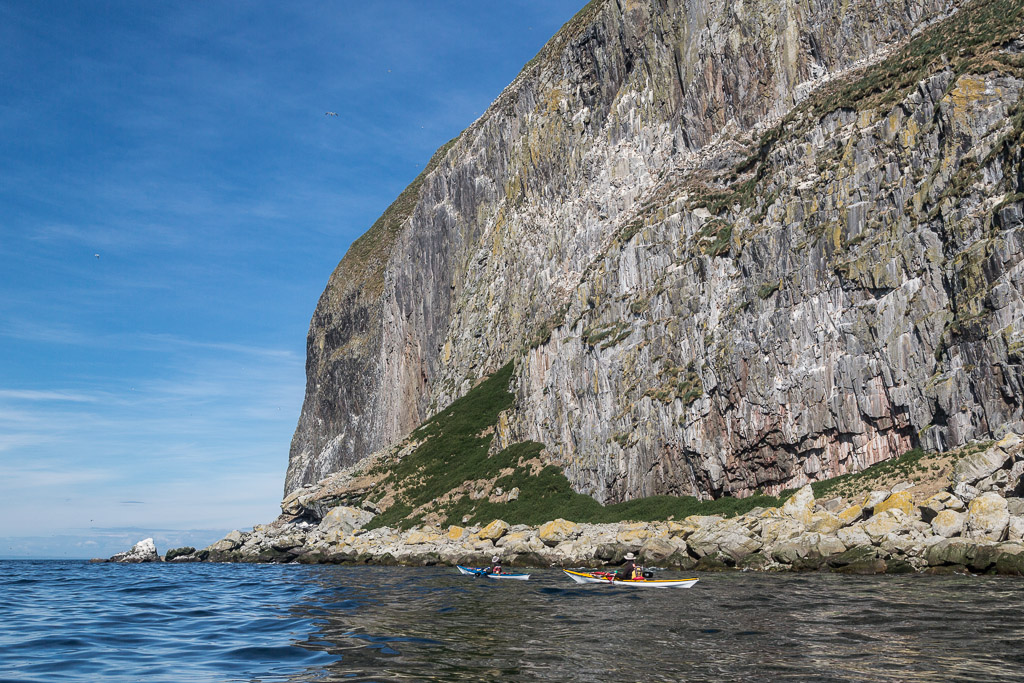 The main sea bird breeding colonies on Ailsa Craig are found on the western craigs. 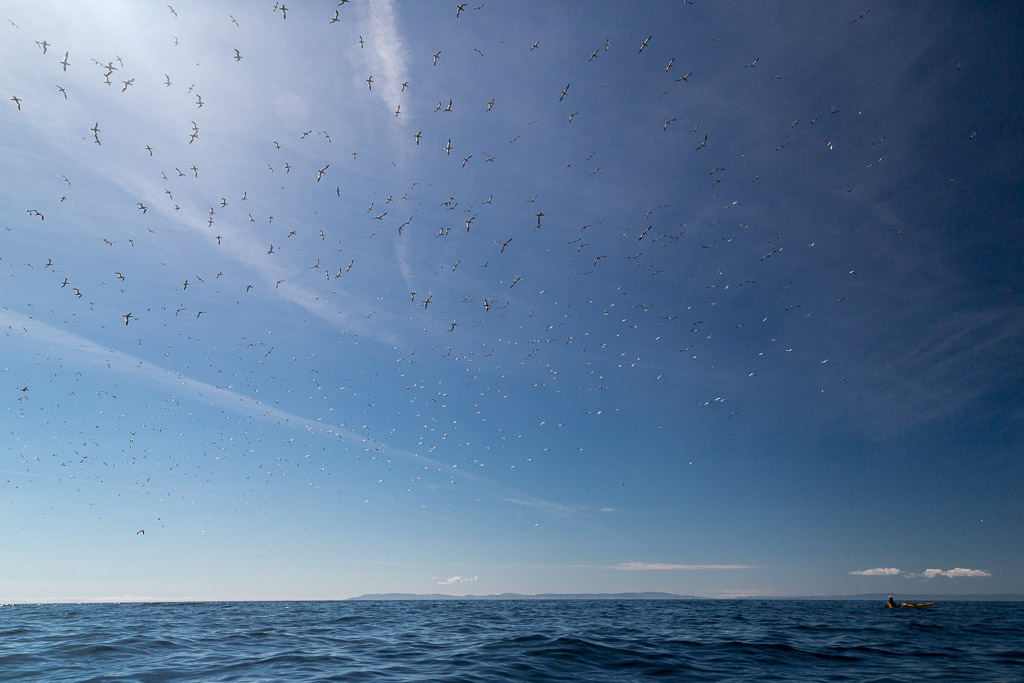 High above the distant Kintyre peninsula, the western sky is full of gannets, guillemots, razorbills, black guillemots, fulmars and kittiewakes. At this spot known as the Bed of Grass, puffins have re-established themselves after the island's rats were eradicated. 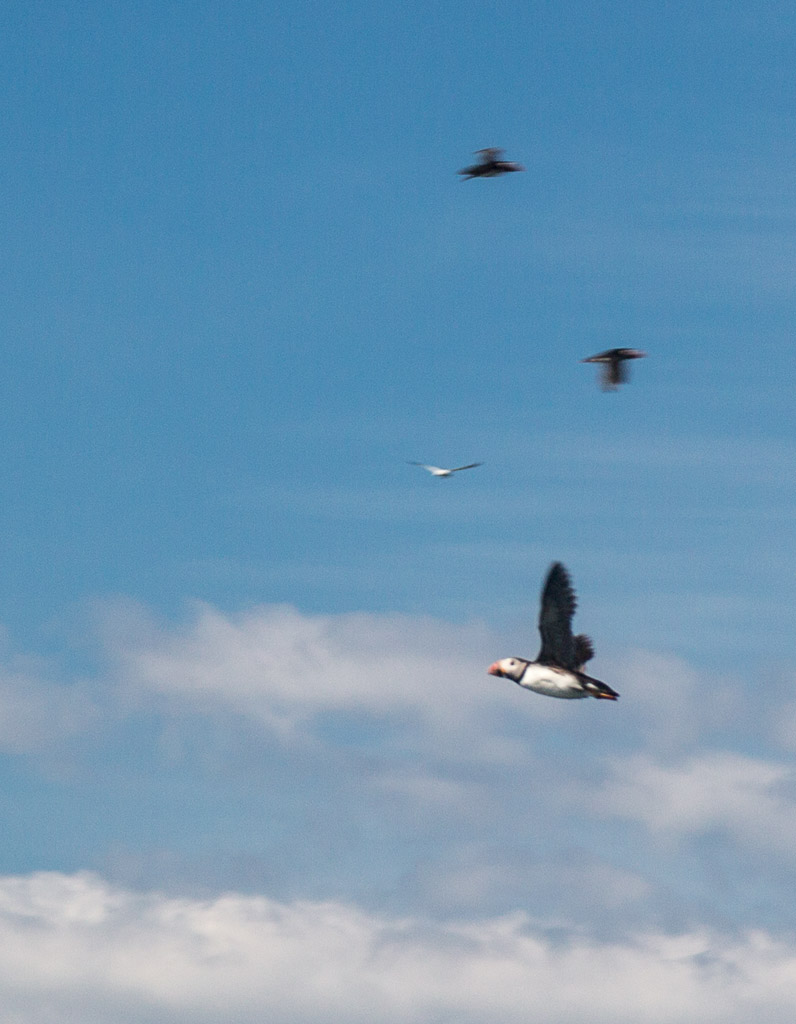 They whirr in and out from the sea on rapidly beating wings. 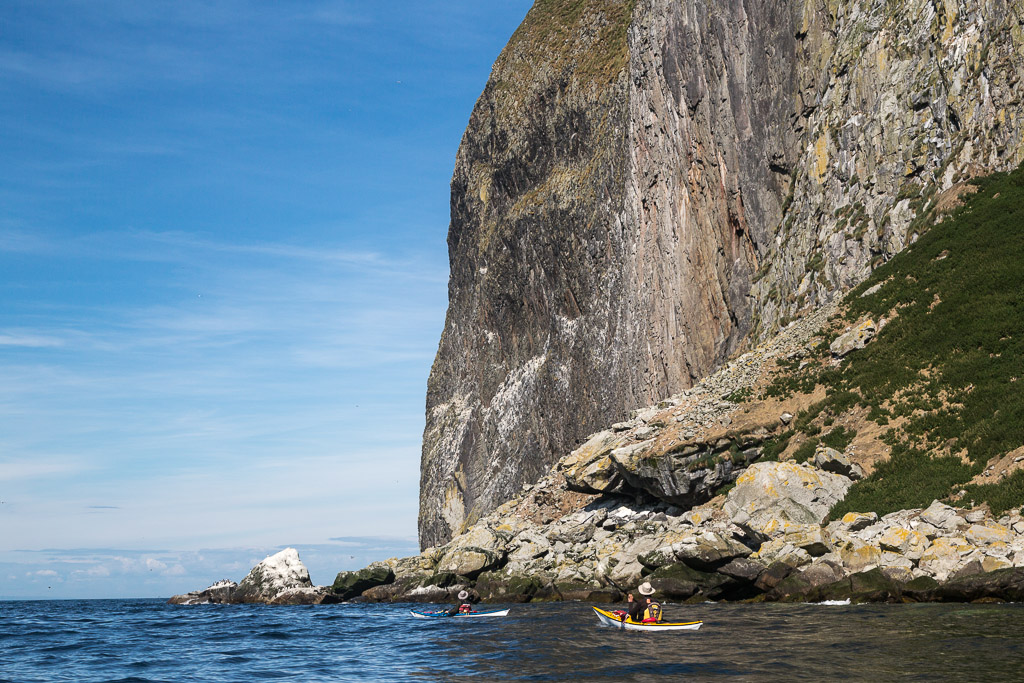 This guano covered rock is favoured by cormorants and is known as Ashydoo Kirk. 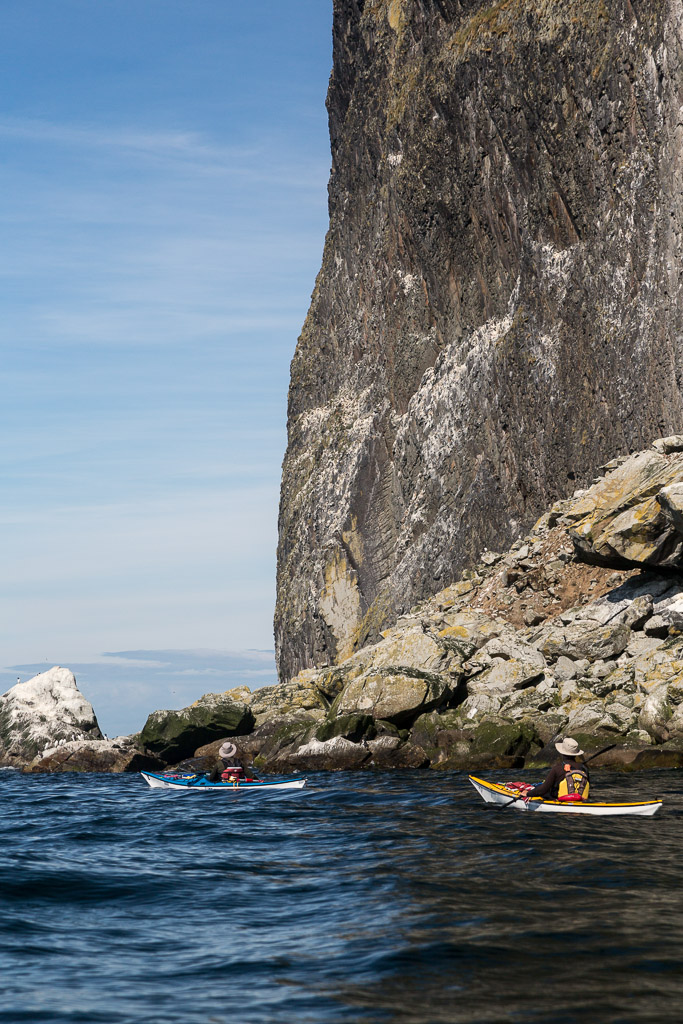 Once past Ashydoo Kirk the vertiginous cliffs rear up even more steeply into the huge rock wall which is known as... 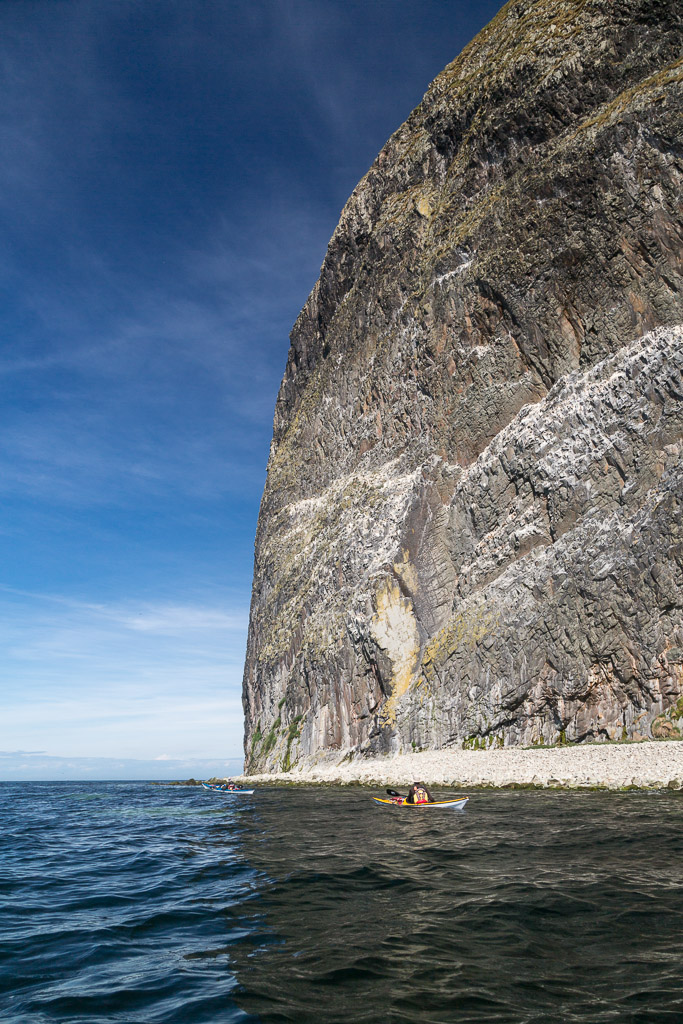 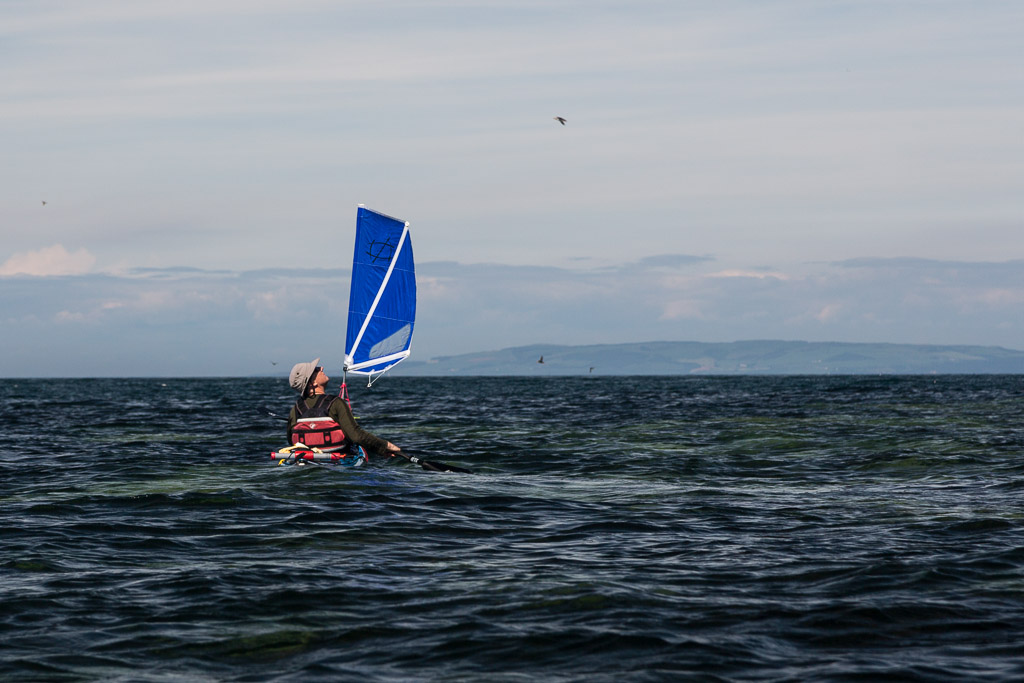 Now wonder we had cricks in our neck after gazing up at such wonders. 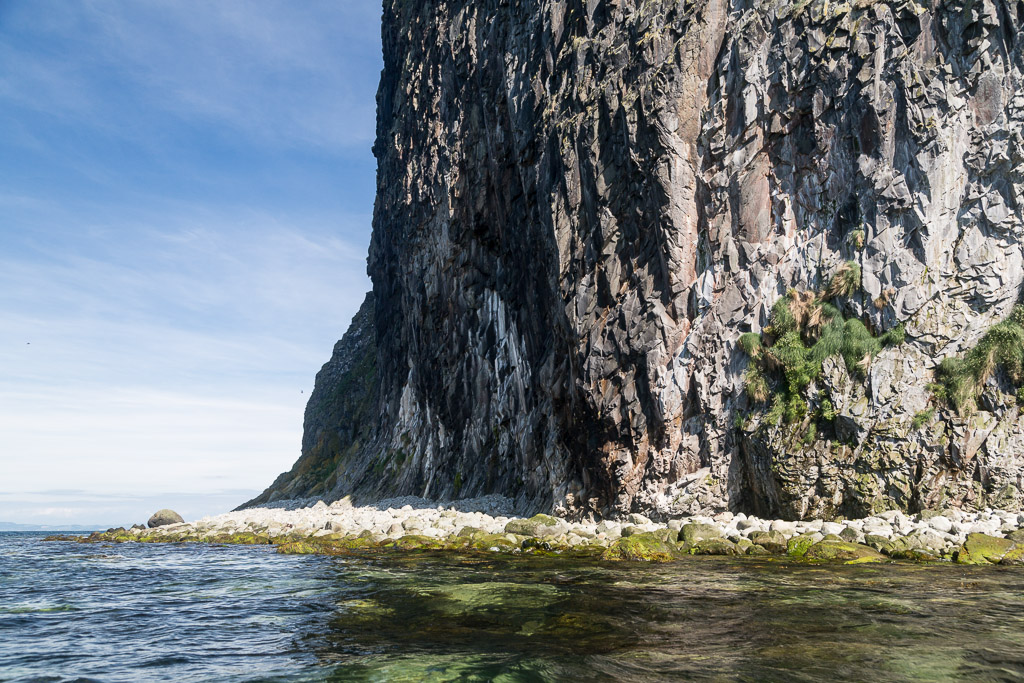 At last we reached the north end of Ailsa Craig where the hand of Man again becomes visible... 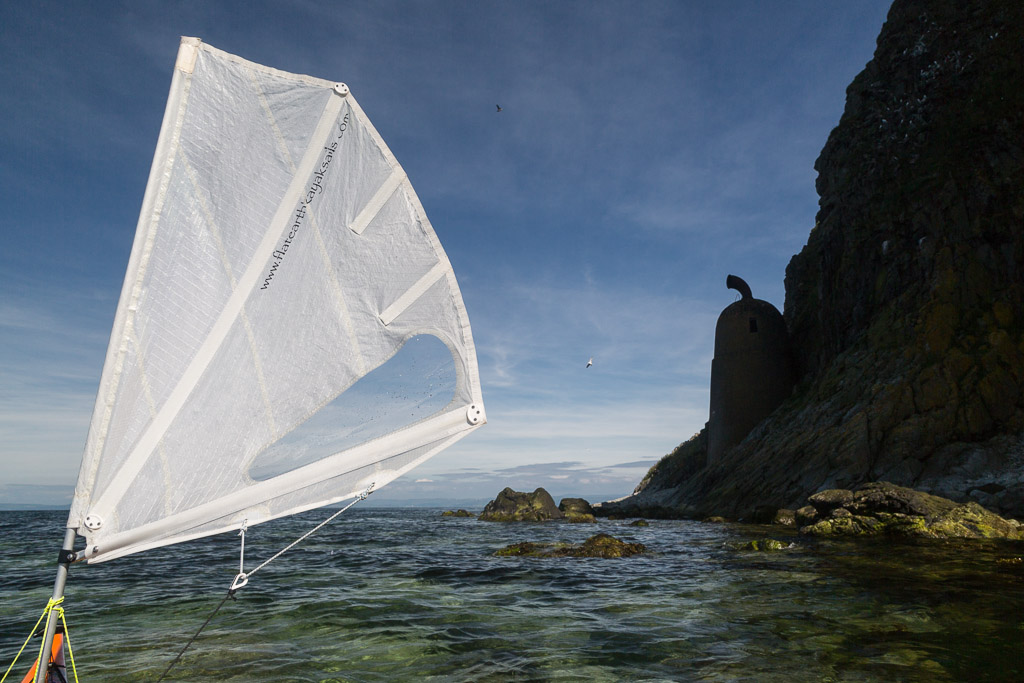 ...as you pass the site of the great Victorian horn horn which has stood here... 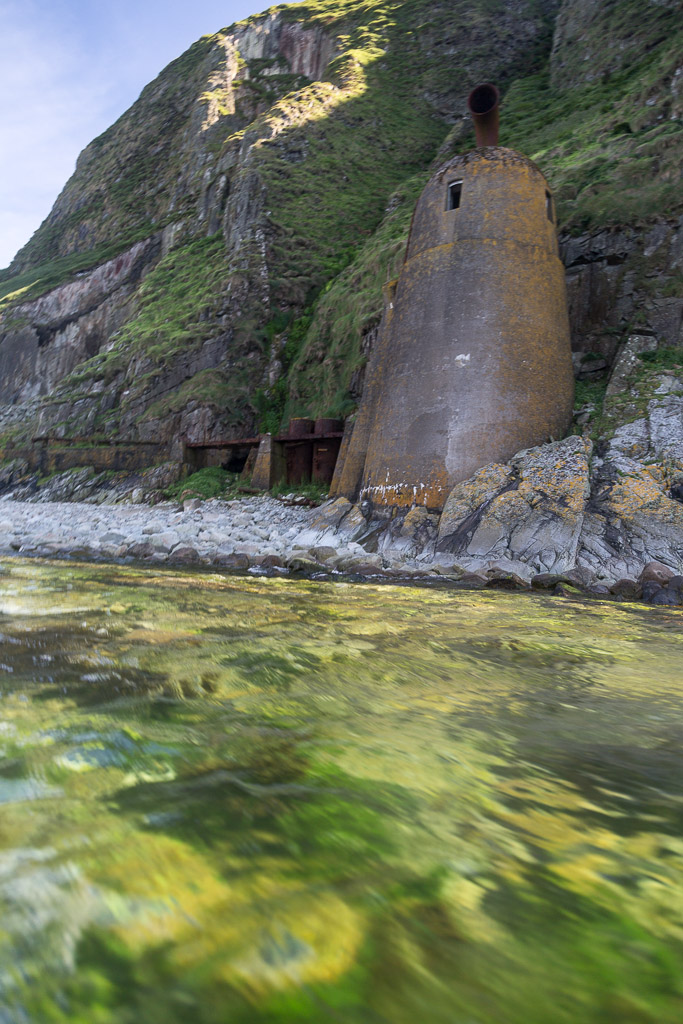 ...since 1886. A 12 inch diameter cast iron pipe carried compresses air at 75psi from the compressor in the building near the lighthouse which Tony and I had explored just a few hours before. The compressor was powered by a 38hp Crossley ‘Otto’ silent gas engine which was powered by coal gas from the gas works.This arrangement lasted until 1911 when the gas engine was replaced by an oil burning engine. The fog horn was finally abandoned in 1966. At the gas works all the engine and compressor machinery was duplicated to drive the south fog horn. 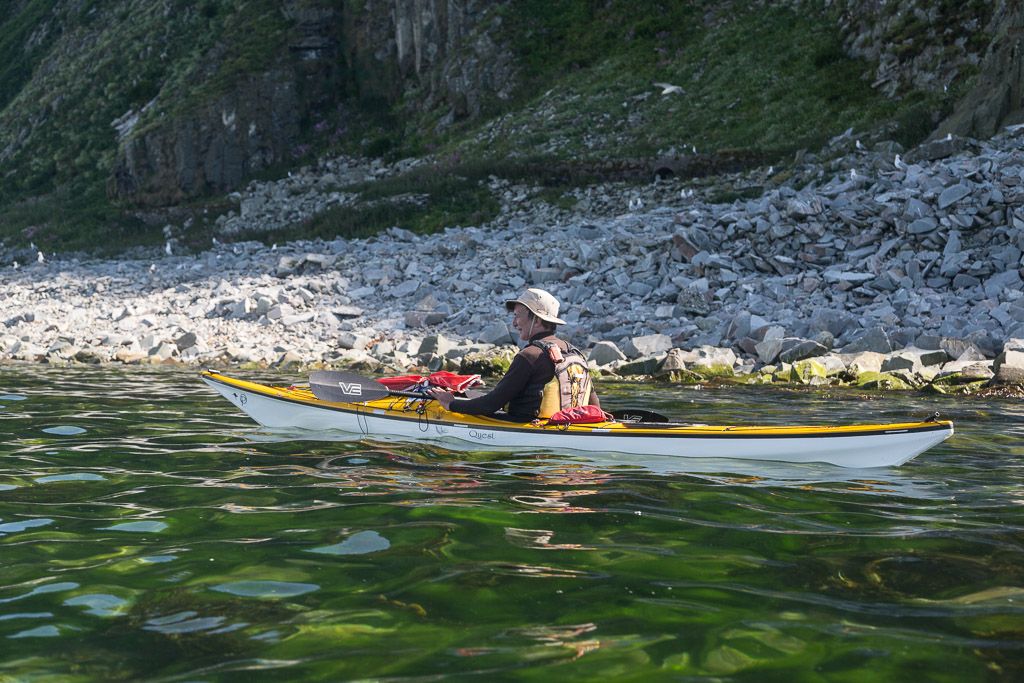 After the foghorn we passed the rubble which lies below the site of the blue hone granite quarry which produced the finest granite for the curling stone industry. 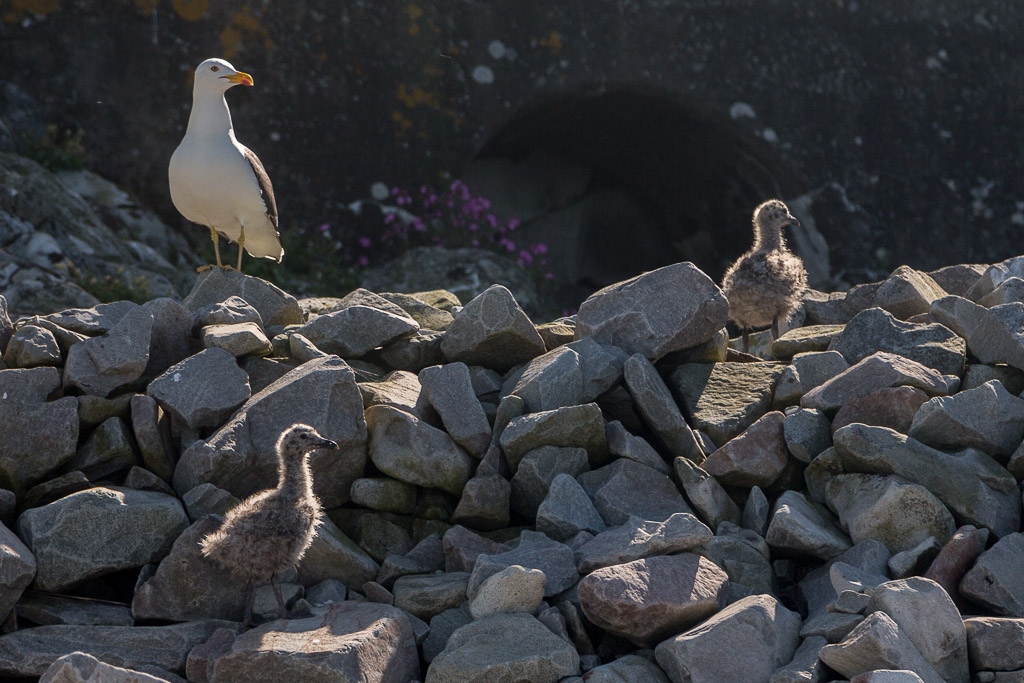 As it was mid June, the local gulls were nesting on the waste rubble from the quarry. 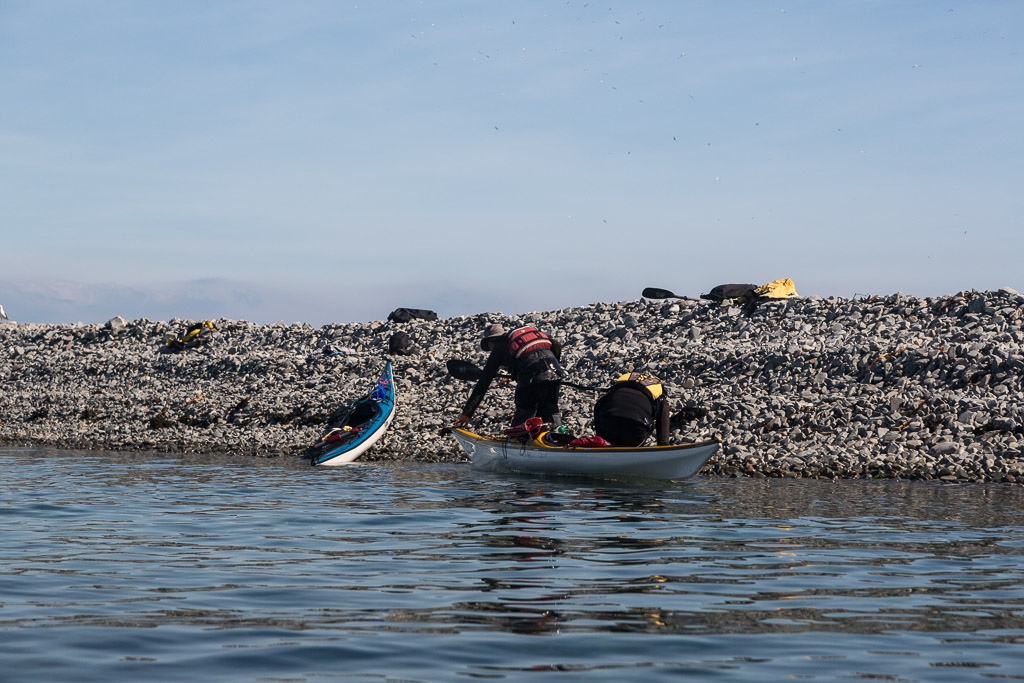 We had now arrived back at the spit under the lighthouse. Our crossing to and circumnavigation of Ailsa Craig were completed but the day was not yet over....

Posted by Douglas Wilcox at 9:47 am No comments: