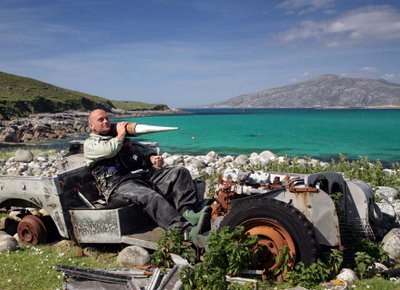 The film "Rocket Mail" was released today just 5 years after it was completed. It is based on the story of a German rocket scientist who came to the remote island of Scarp in the Outer Hebrides. In the 1930’s the first of a pair of twins was born on Scarp but there were complications and there was no phone to summon help. The second twin could not be delivered until the next day. The mother had to be transported across the Kyle of Scarp to Harris and then Stornoway in Lewis by boat, bus and car, some 72 kilometres distant.

Herr Zucher heard this story and set up a demonstration of rocket mail to allow the islanders to summon help in an emergency. Unfortunately the British would not let him use his own fuel and the rocket exploded scattering the charred remnants of the mail. Worse, the Nazi’s later imprisoned him as a British collaborator. 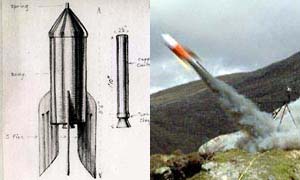 The BBC recreated the rocket launch for its superb series Coast. 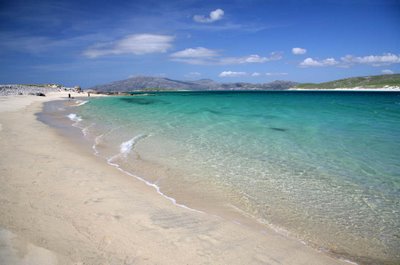 The Sound of Scarp, across which the rocket was fired. Can sea kayaking get any better than this?
Posted by Douglas Wilcox at 4:46 pm 2 comments: