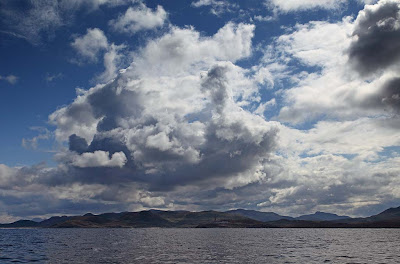 We crossed the Sound of Coll slowly but steadily. At last, the tower of Ardnamurchan lighthouse could be made out against the background of the hills and mountains behind. Above the land, dark clouds began to tower into the sky. 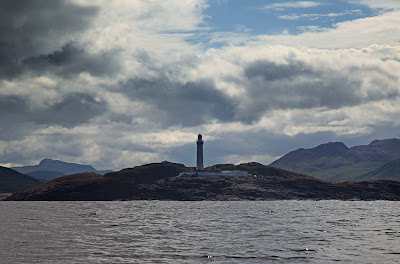 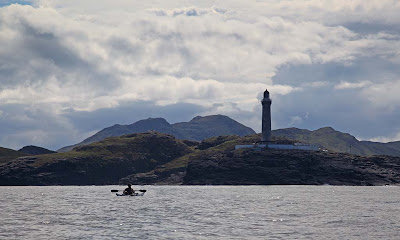 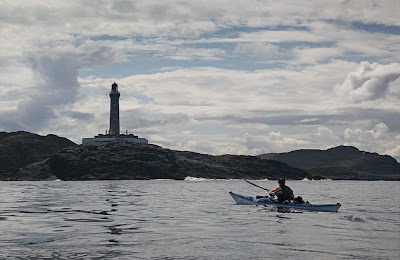 ...and the hills behind was soon lost. It did not really matter as we were aiming for the next headland to the north. We were nearly home!