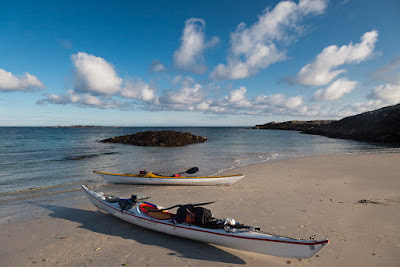 Despite a comfortable camp site on the machair of Tiree's north shore, I slept poorly. Partly it was the noise of the F5 wind and surf but mostly it was a grating pain in my bad knee. However, I had finally dozed off by the time the shipping forecast was broadcast at 0530. It was to be F4 NE in the morning rising to F5 NE in the evening.  However, the coastal station report for Tiree was currently only F3 so it was... 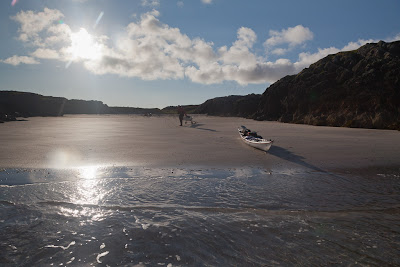 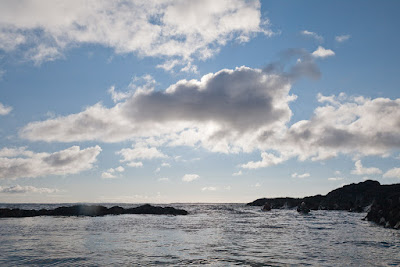 We were soon weaving in and out of the skerries as we paddled west along Tiree's north shore. This was near Barna-Sgeir. 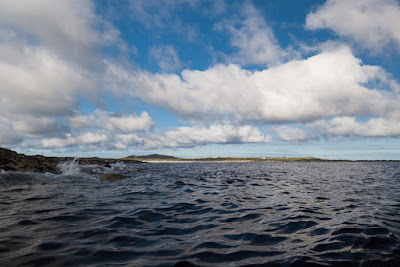 Rounding the point we came across yet another of Tiree's stunning beaches. this one is Traigh Chornaig. 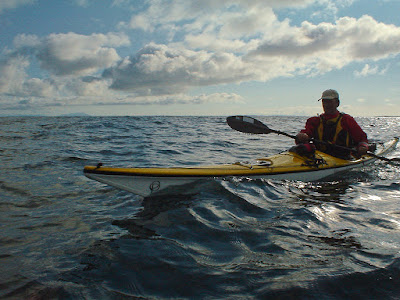 Away to the north, the Cuillin mountains of Skye and Rum broke the otherwise empty horizon. 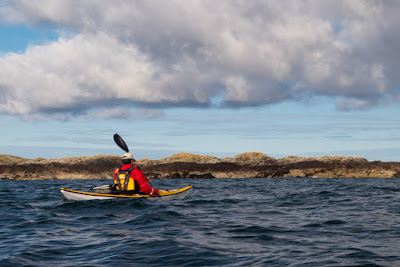 The west side of Traigh Chornaig is guarded by extensive skerries. 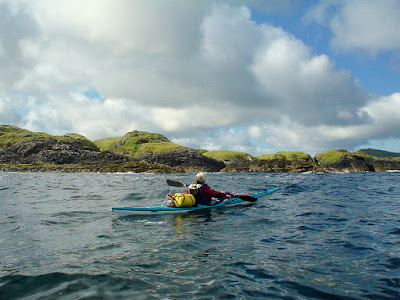 By the time we reached Rubha na Bo Maoile there were no more crofts by the shore until... 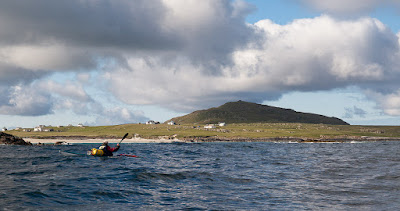 ...the rocks were breached by Traigh Bail' a Mhuilinn. Beinn Hough, at only 119m but Tiree's second highest hill, now came in sight. 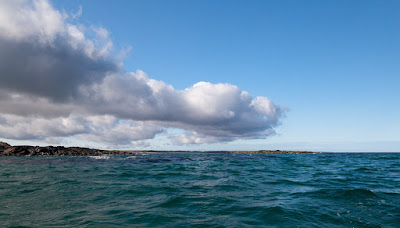 As we rounded Rubha Boraige Moire, we noticed that the wind was increasing... 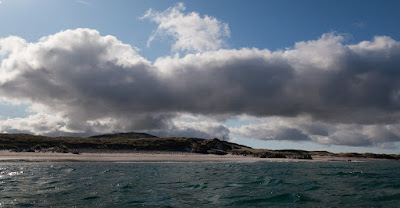 ...but it was now more a tail wind and it blew us across the wide bay of Traigh Hough. It was only 0900 hours but we had now nearly completed our paddle of Tiree's fantastic north coast, just as the wind kicked in for the day.