The Monach Lighthouse and 60 years' of pigeon shit! 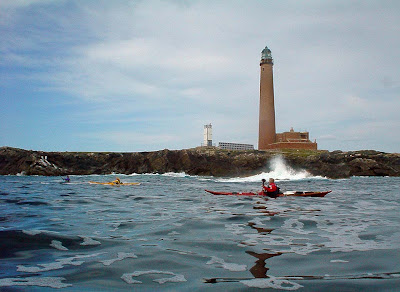 Paddling round the SW coast of Siolaigh in the Monach Islands we became aware that there are actually two lighthouses. 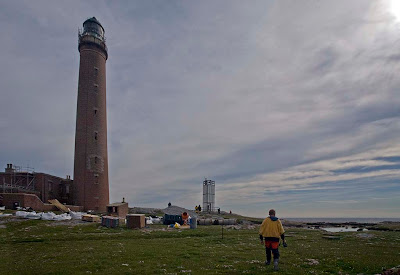 The original light was established in 1864 after it had been built by David and Thomas Stevenson. It is a 41m red brick tower but it was switched off in WW2 and abandoned in 1948. 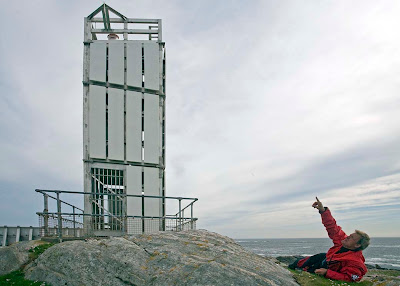 It was replaced by a fully automatic minor light in 1997. 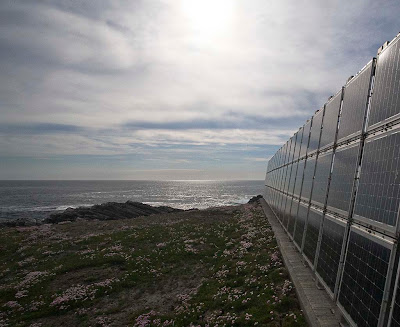 It is powered by solar cells. 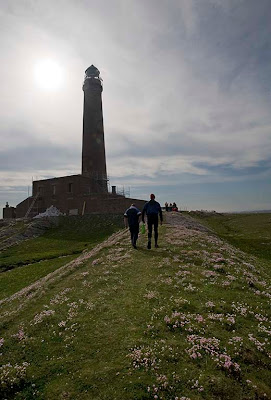 We found a party of NLB workmen restoring the Stevenson tower. They lived on the Orkney Islands but were spending the summer here. The old light is shortly to be reestablished as oil tankers from the North Sea are going to be rerouted from the Minch on the east side of the Outer Hebrides to pass by their west coast. Three months of hard labour were required to shovel 60 years of pigeon shit from the tower's interior. The shit bags are piled up outside the lighthouse walls. 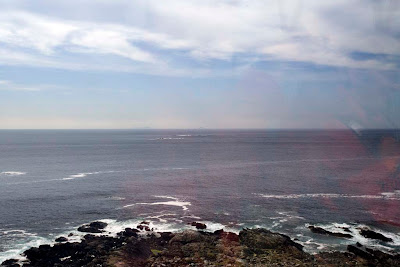 We were lucky enough to be escorted to the top of the tower by one of the Orcadians. This is the view to the NW and we were excited to see the tops of the islands of the St Kilda archipelago 64 km distant 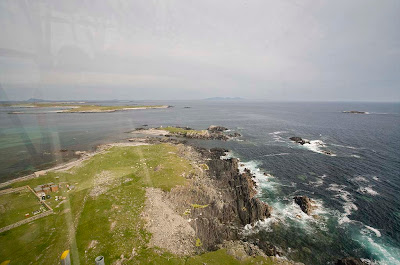 The view to the SE extends over the Caolas Siolaigh to Cean Iar and the distant hills of North Uist and South Uist. On the 15th November 1936 two lighthouse keepers were drowned rowing back across the Caolas from the post office in the village. 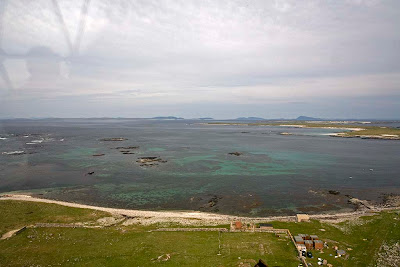 The view to the NE extends from the distant hills of Harris to the hills of North Uist. 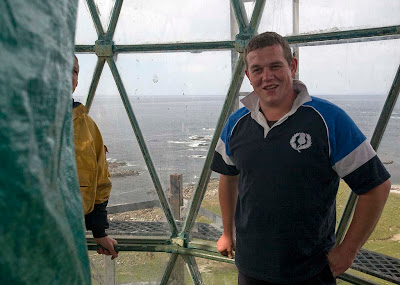 We were very grateful to our Orcadian friend for the privilege of seeing the view from the tower. It was his 22 ascent of the tower that day! Under the green sheeting, the new light and lens were already rotating.

This post should have appeared a few years ago but for some reason I saved it as a draft and forgot! 01/06/2008
Posted by Douglas Wilcox at 6:11 pm No comments: