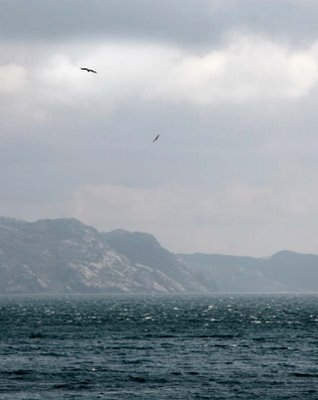 This rather poor photo can only hint at the magnificence of the sight of a pair of white tailed sea eagles wheeling in the sky off the wild west coast of Harris in the Outer Hebrides. Sea eagles were persecuted in Scotland and became extinct in the 19th century. In 1975 birds from Scandinavia were reintroduced to Rum in the Inner Hebrides. They have slowly spread and this year there were 33 breeding pairs and 29 chicks were successfully fledged. 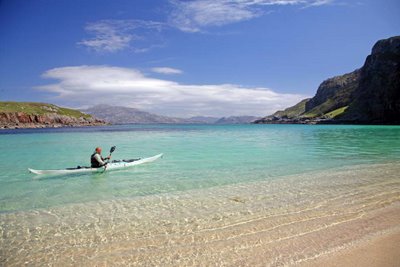 The west coast of Harris, what a place to paddle!

Posted by Douglas Wilcox at 10:21 pm No comments: