The sad disappearance of Sammy seal. 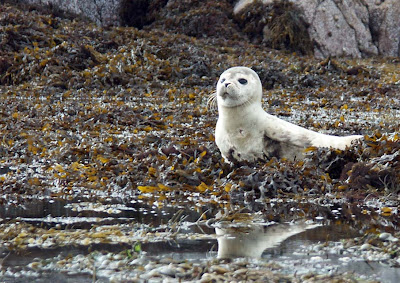 Tonight on BBC Radio Scotland Rab Harrower, a safety inspector on the Forth Rail Bridge, reported that Sammy the seal (who frequented the rocks below the bridge and was a favorite with bridge men) has not been seen for eight days. 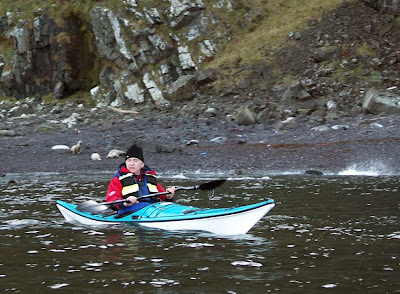 Large populations of grey seals breed on the shores of the Firth of Forth. 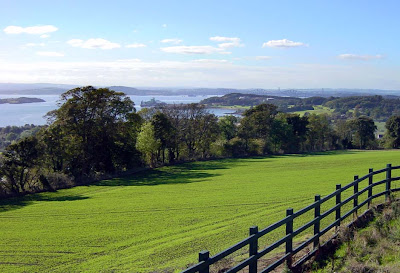 Looking SW up the Firth of Forth to the Rail Bridge. 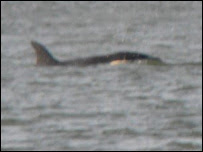 Forth orca, photo by Rab Harrower

Rab expressed concern in case the arrival of a pod of 8 to 10 orcas in the upper Firth of Forth was, in some small way, connected with Sammy's absence. Rab managed to photograph one of the cetaceans from a boat. Others have seen the orcas gorging on young grey seal pups. These were born at the end of last year and are now learning to fend for themselves (somewhat unsuccessfully in some cases). Orcas have been seen in the Outer Forth at the Isle of May but never before so far up the Firth as the bridges. 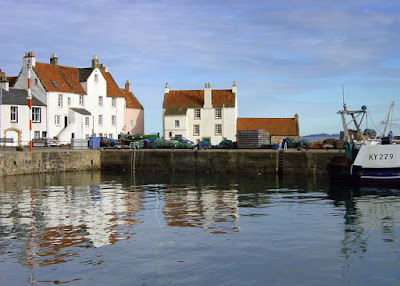 The Isle of May on the horizon, from St Monans, Fife

It is possible that it is the same pod of orcas that were last year spotted devouring a flock of eider duck in Scotland's Northern Isles. In fact, orcas eat near anything that swims. Notwithstanding that recent orca video on Wendy's blog, orcas have not been reported as consuming many sea kayakers. However, the recent trend to black boats and black sea kayaking garb (courtesy of Reed) has me worried. Frankly, orcas scare the Willys out of me. 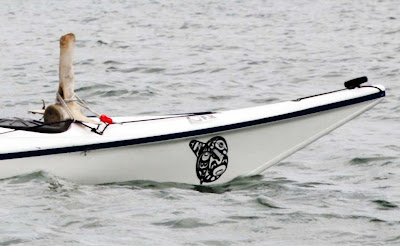 In my desire to appear as unseal-like as possible, I will stick to my all white boat, complete with Haida (Canadian native art) orca bow talismans and lucky orca vertebra mounted in the vertebra holder that P&H thoughtfully mould into their fore decks. I trust these will ward of the hungry orca: Lord of the Undersea World, Chief of the Ocean People. The Ocean People live in towns deep under the sea, they capsize the canoes of sea travellers and drag both canoes and occupants into the depths.

Poor Sammy. Please post any sightings of Sammy here and I will forward them to Rab and his team.

As a PS, the Firth of Forth is a great sea kayaking destination. On the Fife shore there are attractive harbour villages such as Crail and on the south shore there are dramatic coastal features leading to Bass Rock and St Abbs Head. 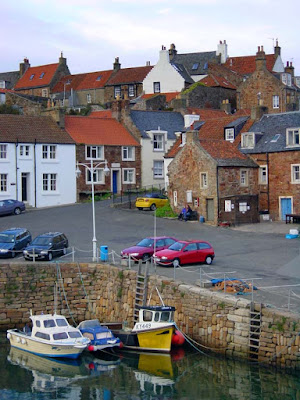