Going with the flow on the Rhins of Galloway 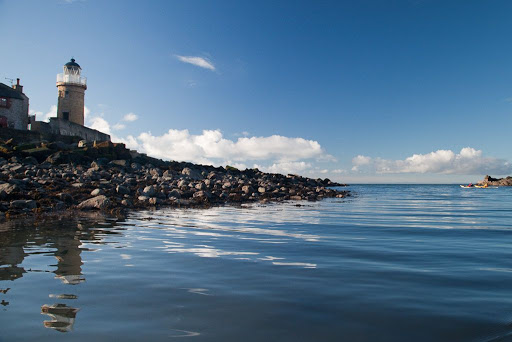 After settling David's new pheasant friend we at last got onto the water beneath the old lighthouse at Portpatrick. In the distance we could just see Northern Ireland on the far side of the North Channel. 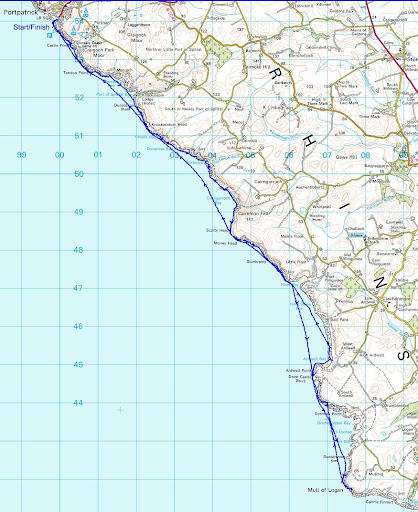 The tides run strongly in the North Channel and our plan was to take the flood tide SE to the Mull of Logan then take the ebb tide back to Portpatrick. 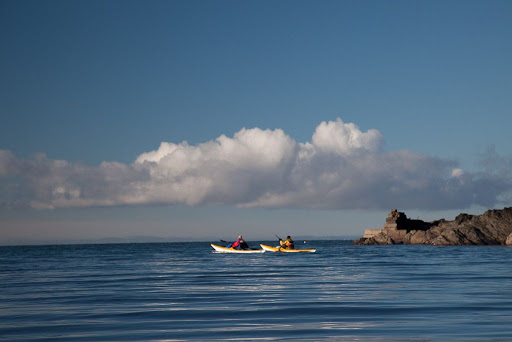 We soon cleared the crumbling walls... 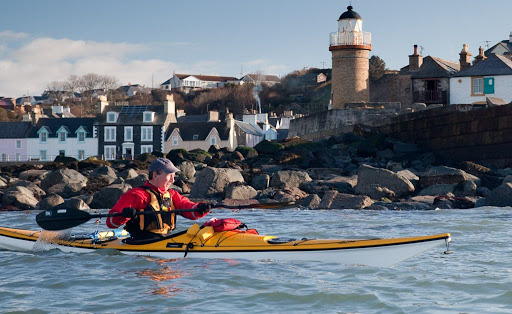 ...of Portpatrick's old outer breakwater. Portpatrick lighthouse was built in 1839 but was decommissioned in 1900. 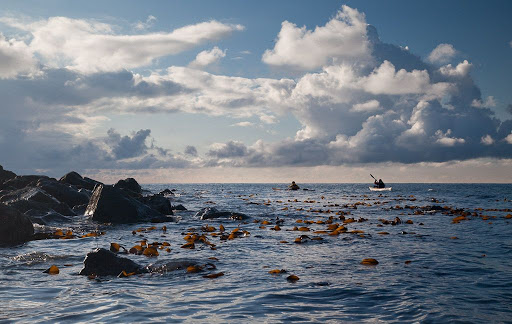 Even Phil forgot about the pheasant fouling his car, the tide soon caught us and before we knew it... 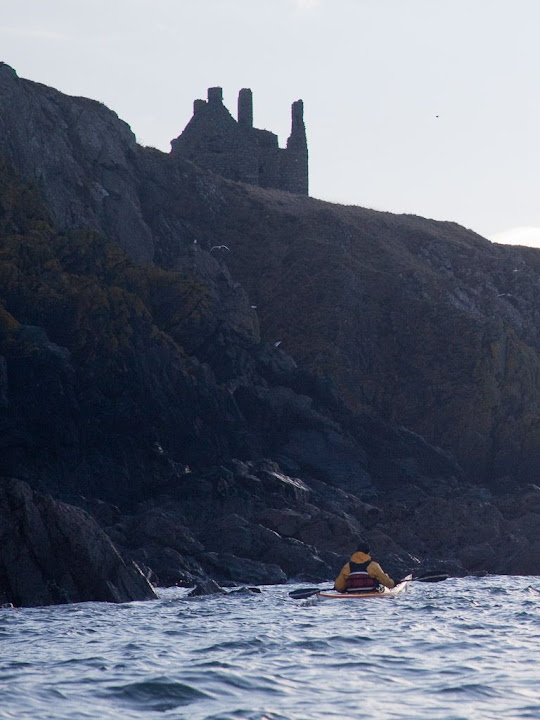 ...we were in the shade of the dark cliffs of Castle Point. 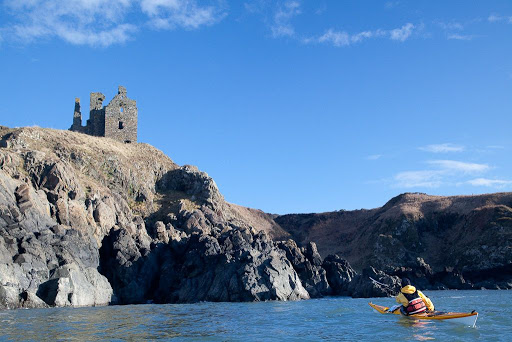 We stopped for a moment in the little bay behind the point to admire the remains of Dunskey Castle.
Posted by Douglas Wilcox at 9:02 am No comments: