Cold light of day in Carradale. 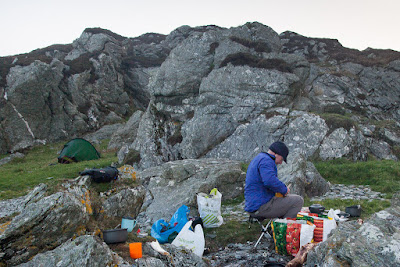 The cold light of day slowly  stole across the grey rocks of Carradale Point. 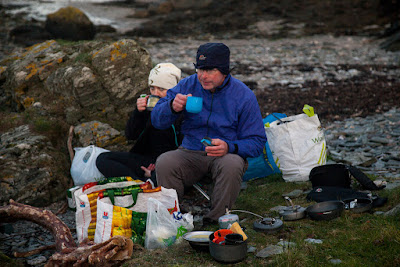 A hot brew slowly brought life back to our stiff limbs as we looked around... 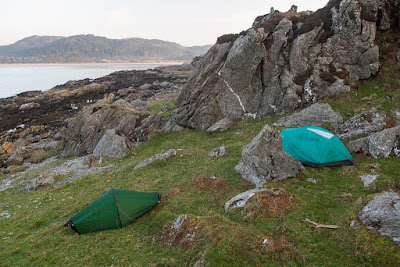 ...at where we had set up home in the dark of the previous night. There was just enough grass amongst the rocks to pitch our tents. 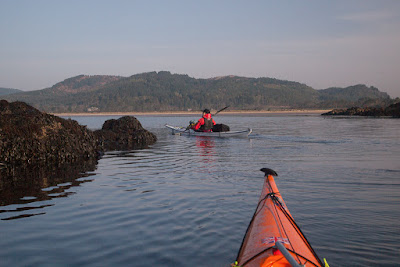 It was so cold we didn't waste time before getting on the water for the third day of our trip to Arran and Kintyre. Soon we had left the magnificent sands of Carradale Bay and the Kintyre peninsula behind us.
Posted by Douglas Wilcox at 4:02 pm 1 comment:

In the soup at Carnage Corner, Dunure. 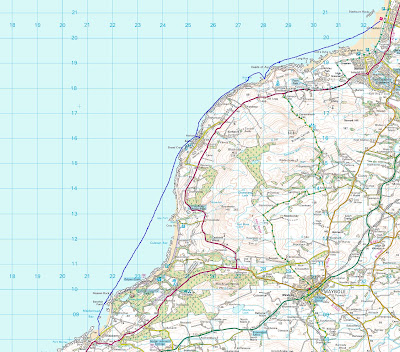 Yesterday the Clyde forecast was for full sun and F3-4 W winds, which looked great for a blast from Maidens to Seafield. 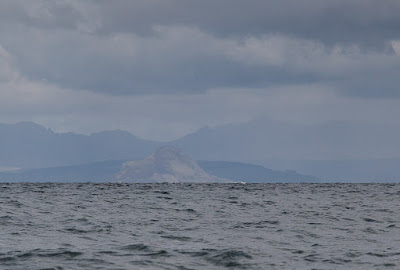 When we arrived at Maidens, the Clyde didn't look very sunny, the wind was SW and my anemometer was averaging 28km/hr in the lee of Maidens harbour. Heavy squalls were blowing over the Arran mountains leaving dustings of snow on the high ridges. 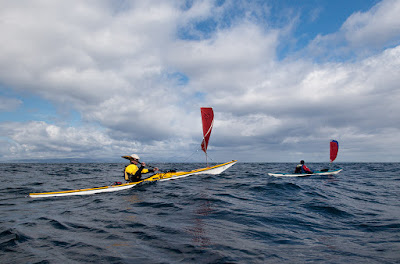 The water was surprisingly unflat even while we were still in the shelter of the Maidens reefs. No sooner had we launched than Clyde coastguard issued a new gale warning. "Malin F8-9 imminent" and the inshore Clyde forecast had changed from "F3-4 W to F5-7 SW".

For some reason, I didn't take any photos at all on the incredible downwind blast across Culzean Bay and round Carnage Corner, off the headland at Dunure Point. My GPS showed that we were regularly hitting 17km/hr as we surfed down breaking waves. David had even put his spray deck on, which was just as well as several times waves broke over our decks and threatened to broach us. Fortunately, the sails are very good at keeping a kayak driving forward and resisting broaching. 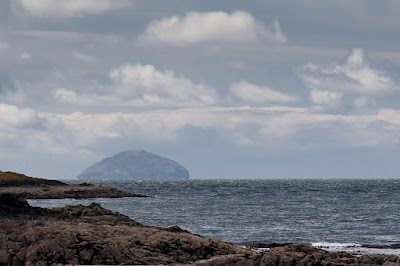 Kayak sailing in these conditions can be quite exhausting at our age, so we decided to run into the shelter of Dunure, where it was a relief to get into the lee of the land. This view, towards Ailsa Craig, is looking back the way we had just come. As you can see there were some excellent kayak sailing conditions off Carnage Corner. 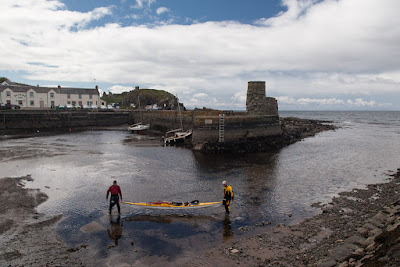 The Dunure Inn beckoned but it was some distance away as it was low tide. So first it was time for... 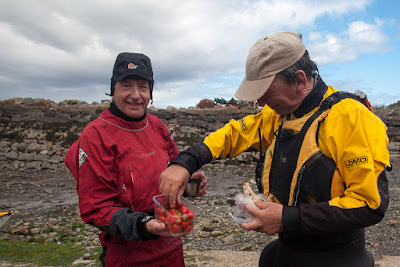 ...first luncheon on the beach. David offer Phil some strawberries. At first Phil refused... "I'm still on my first course."

"Go on" said David, "treat it as an intercourse." 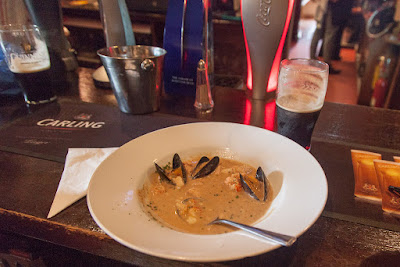 After first luncheon, we made our way up to the Dunure Inn for our second luncheon. The sea food bisque was delicious, there were bits of lobster floating about in my soup. It went terribly well with the Guinness. I've said it before, the Dunure Inn scores 12/10 as a sea kayaking pub.
Posted by Douglas Wilcox at 2:40 pm 2 comments: