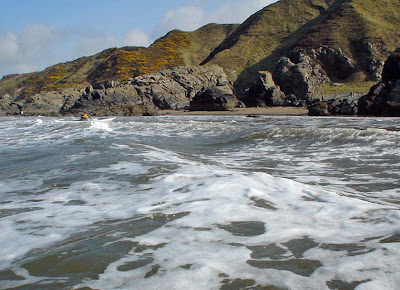 They don't call me The Weatherman for nothing you know! 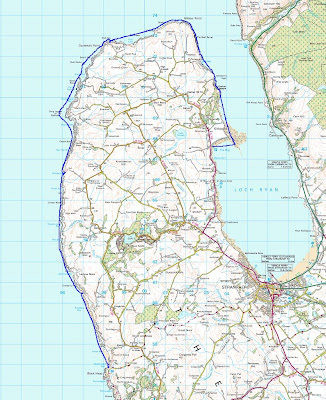 Despite all odds, today Tony and I spent our third consecutive paddle completing the last section of the 85km round of the Rhinns of Galloway. It is a remote peninsula washed by the tides of the North Channel that run at up to 5 knots in springs. There are few places to land. 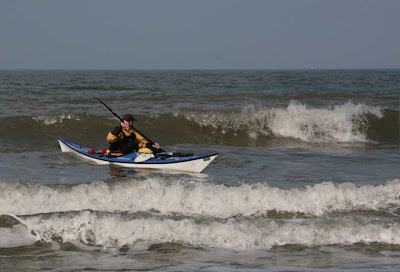 When we arrived at Killantringan Bay there was some pleasant surf which delayed our start as we just had to do several runs! A big dumper carried away one of my splits but Tony recovered it. Unfortunately another dumper got Tony but he rolled up nae bother. Despite being a bit damp, he carried on with no complaints. 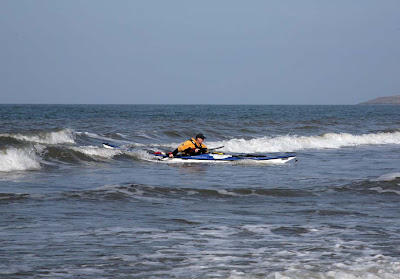 We decided to press on... 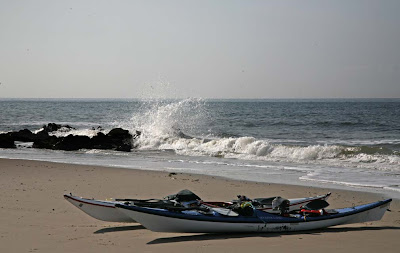 ...but were diverted by another surf beach. 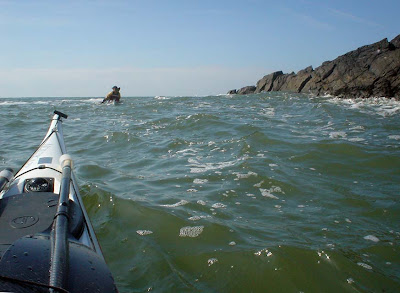 Fortunately all this delay let the spring ebb pick up and it shoved us along at a fair rate. Just as well really, this was a 31km leg. At the north end of the peninsula a force 4 wind was running againt the ebb, what with the swell as well, it was quite a bouncy trip so there are few on the water photos. Even though it was Good Friday we did not see any other sea kayaks or even fishing boats. All we saw were ferries leaving Loch Ryan.

The Rhinns of Galloway; what a location and I doubt many have paddled it. Isn't seakayaking great?
Posted by Douglas Wilcox at 11:26 pm 2 comments: