The eye of the storm. 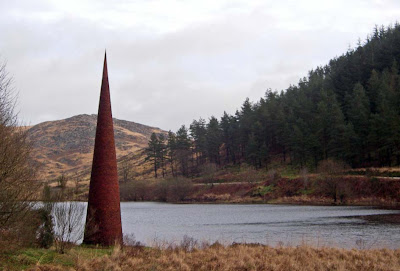 The Eye is a 13 metre stone spire beside the Black loch in Galloway. 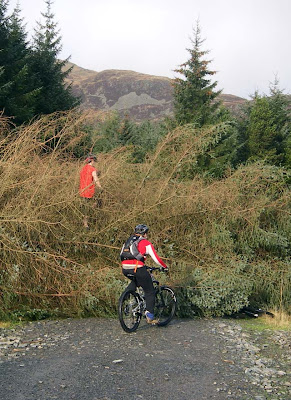 It was not just power lines that had been brought down. 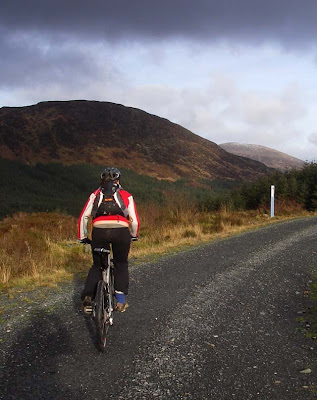 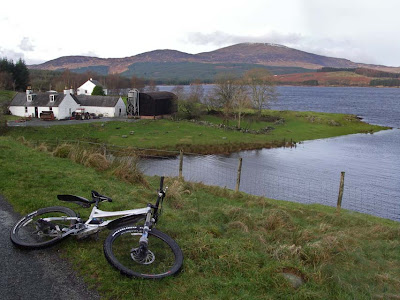 Followed by a blast down a forest track to a section of public road. I got up to 54.3km/hr on the track. 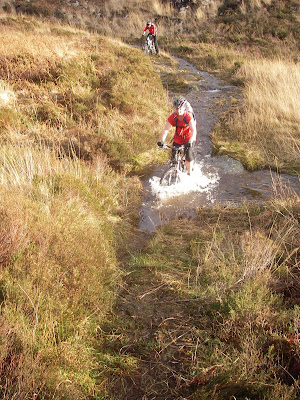 Then more off road stuff on the Old (very old) Edinburgh Road. 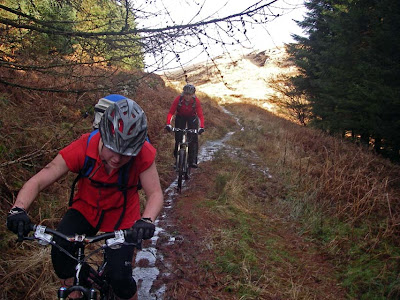 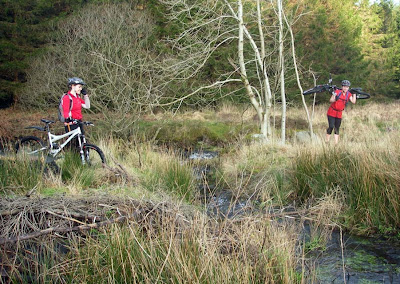 It was wetter than sea kayaking. My one mistake was thinking I could keep up with my daughter and her friend! Good for burning off seasonal excess though! 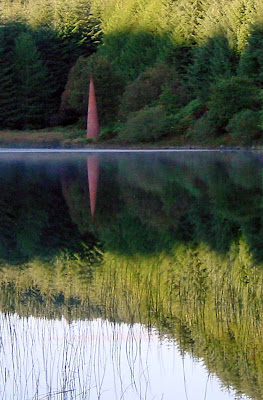 The Eye is one of a series of sculptures that make up the "Art in the Galloway Forest Park" project.
Posted by Douglas Wilcox at 11:38 pm 2 comments: