En route from Crinan, bound for...? 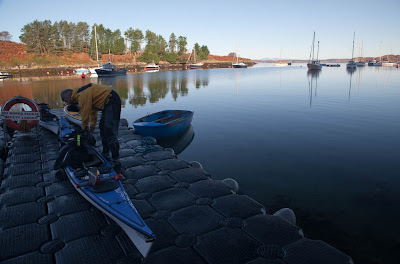 On a cold frosty morning in mid October, we found ourselves in Crinan on the west coast of Scotland's long Kintyre peninsula. We had come here because a floating pontoon would allow me to get easy access to the water despite my injured knee. 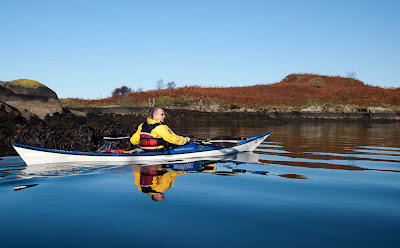 Crinan is the launch point for many peoples' nautical adventures. 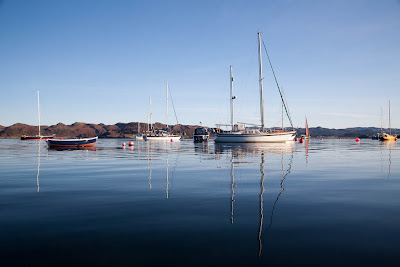 It is at the north west end of its eponymous canal, which links the Firth of Clyde to the Sound of Jura by cutting across the Kintyre peninsula. 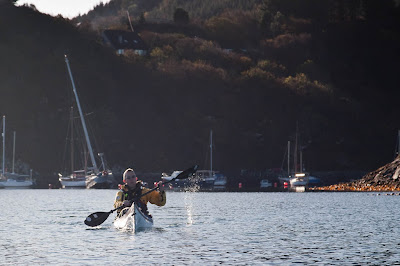 The Mull of Kintyre lies over 90km to the SSW, so for many the canal is a shortcut, which also avoids one of the most notorious tidal headlands on Scotland's west coast. 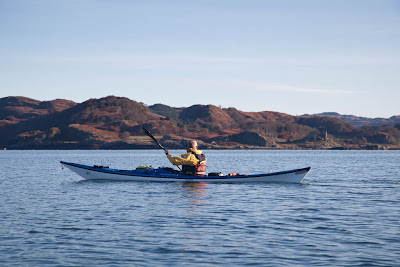 We left Loch Crinan with hardly a sideways glance at Duntrune Castle. Where were we bound for...?
Posted by Douglas Wilcox at 10:38 pm 2 comments: