Some fishy goings on in the Sound of Bute. 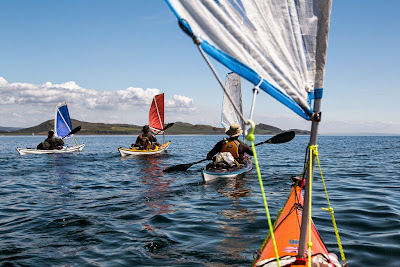 As we paddled down the Sound of Bute we were aware that strange swell lines were suddenly appearing. They came from different directions and were not what we expected in the relatively sheltered waters of the Firth of Clyde. Nor were there any  large ships visible that might have created such waves in their wake. 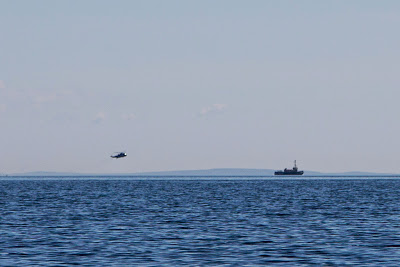 Then the peace was shattered by the appearance and sound of a SeaKing helicopter from HMS Gannet. It dotted about dropping its sonar into the sea and was joined by SD Omagh, the naval support vessel which we had seen berthed in Tarbert the previous evening. It was now clear that the swell was the wake of a submarine(s) and that the helicopter was hunting it. 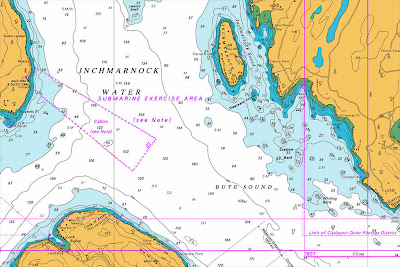 The whole area is identified as a submarine training area but usually the Coastguard  broadcast MSI VHF SubFacts warning of such operations but we did not hear them. Whatever, they do not like to publicise these exercises too much. SD Omagh was not transmitting any AIS information about her whereabouts. For a long while the SeaKing helicopter hovered directly over SD Omagh then they both broke off and left us in peace. 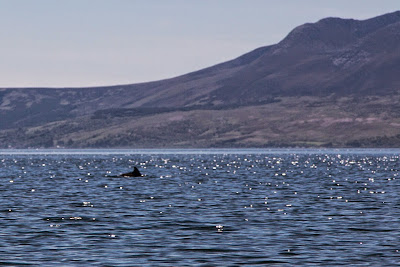 No sooner had they gone than  common dolphins (above) and porpoises began to appear again. 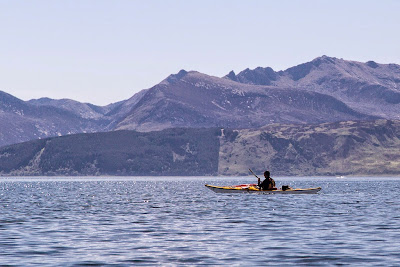 Please excuse the quality of these photos. They were taken with a standard lens and cropped to give a telephoto effect. Behind Phil you can see a series of great... 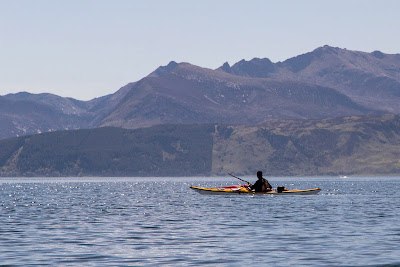 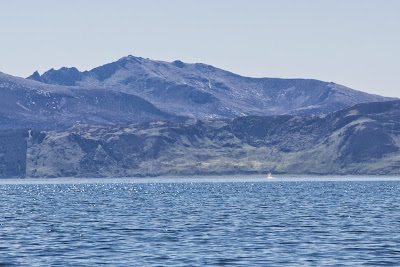 ...caused by dolphins leaping out of the water as if in celebration of the submarine exercise finishing. Thank goodness peace was restored.
Posted by Douglas Wilcox at 12:39 pm 2 comments: