Barnacles and ice creams on the east coast of Gigha. 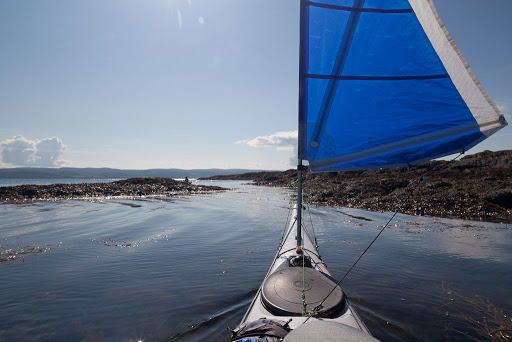 After launching we made our way down through the reefs and skerries on Gigha's east coast. 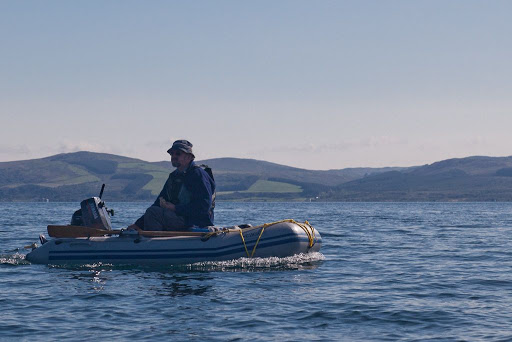 Donald in his little inflatable had to keep further offshore but was rewarded with the sight of an otter on an outlying reef. 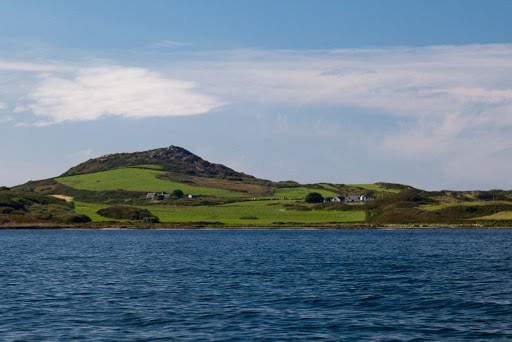 The east coast of Gigha is much more gentle than the exposed west and has rich farm land rising towards the summit slopes of Creag Bhan, 100m, which is the island's highest point. 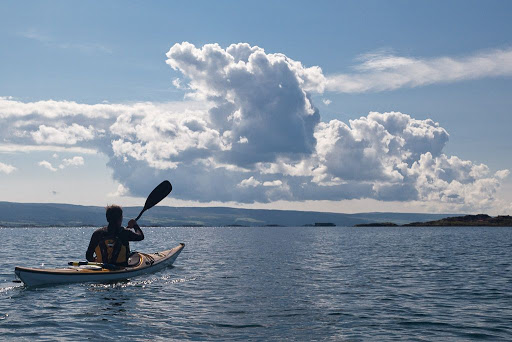 It is not just on land that there are farms. The island has several fish farms which are among the most productive in Scotland. 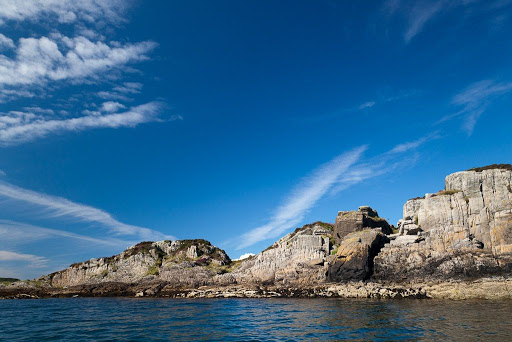 Not all the east coast is arable land. Rock dominates the scene at Rubh'an Sternail. 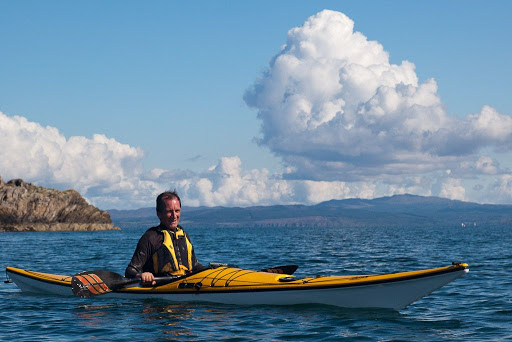 Away to the east clouds towered into the sky but we enjoyed full sun on Gigha. 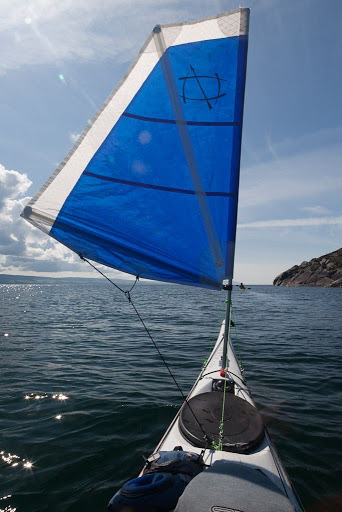 A light northerly breeze carried us across Druimyean Bay towards Ardminish Point. 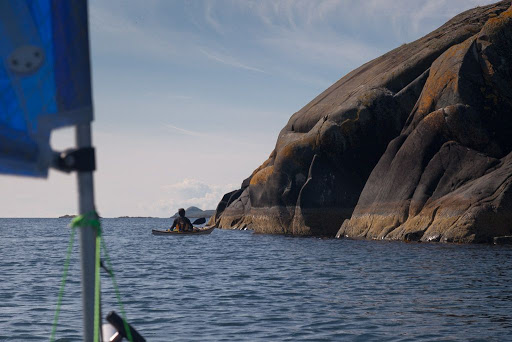 Above the barnacle line, this headland is just bare polished rock... 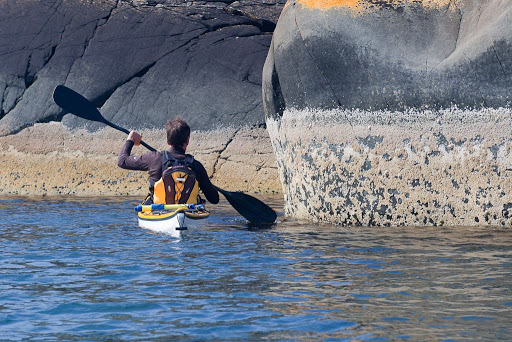 ...very much how it would have been cut by the glacier, which once slid down the Sound of Gigha. 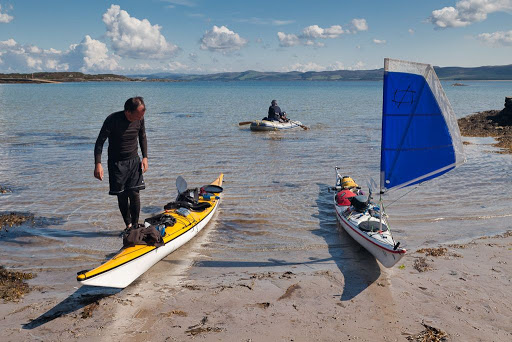 After crossing Ardminish Bay it was time to stop at the Boathouse again. My thermometer was showing 25 degrees, the hottest day of the year so this time we ordered ice creams!
Posted by Douglas Wilcox at 3:10 pm No comments: