More from the cave of Mr Sawney Bean 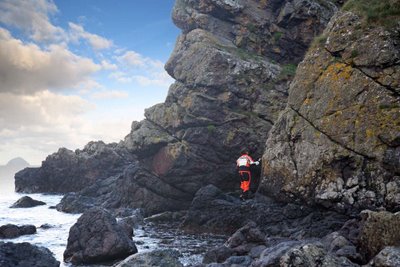 The entrance to Sawney Bean's cave is at the foot of Bennane Head on the lower Firth of Clyde. It is in a fabulous, remote situation with the monolith of Ailsa Craig punctuating the horizon. At high tide, the cave is entered by a traverse on rocks above the sea, followed by a climb of about 10 metres to the entrance. As the walls of the cave are worn smooth it must have been created by the sea following the last ice age when sea levels were higher. The land had been depressed by the sheer weight of thousands of metres of ice. The ice had also worn away the ash cone of Ailsa Craig and transported erratic granite boulders from its volcanic plug as far south as Wales. 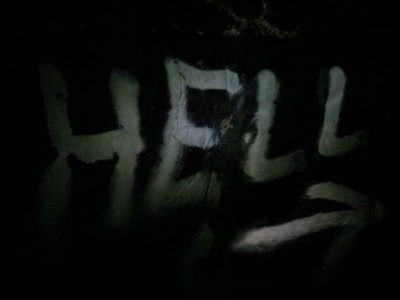 Grafitti pointing to the inner chamber of the cave where over 1,000 souls are reputed to have been murdered before being cannibalised by the Bean clan. 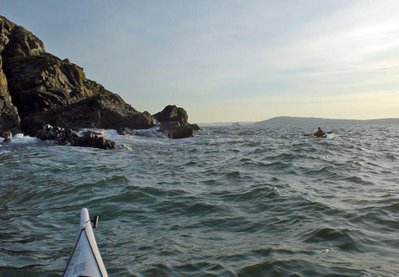 It was a welcome relief to escape to the open sea and sky.
Posted by Douglas Wilcox at 10:02 am 2 comments: