Destination, the Mull of Galloway 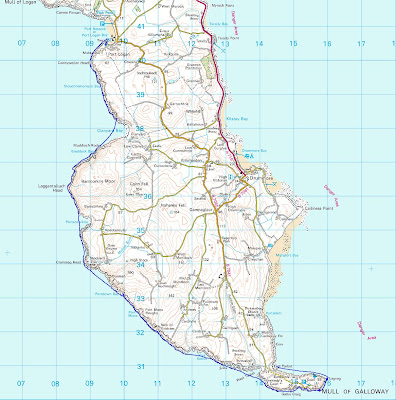 The Mull of Galloway is the most southerly point in Scotland. It juts out into the strong tides that swirl round where the Solway Firth and the Irish Sea compress into the North Channel between Scotland and Ireland. It always takes longer to get there than you think. After Stranraer, the ferry port for Ireland, the roads are very narrow and slow and the final track down to East Tarbert is barely surfaced. Last Sunday, we left Ayr on the Firth of Clyde at 0800, dropped a shuttle car at Port Logan on the way and arrived at East Tarbert, 72 miles later. We were on the water by 1040. Our planned route was to tackle the 20km between East Tarbert, round the Mull of Galloway and up the west coast of the Rhinns of Galloway to Port Logan. 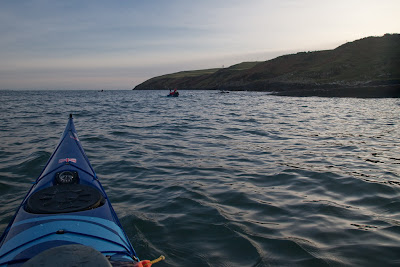 First we paddled east along the north side of the Mull. The current flows east here both on the flood and the ebb. 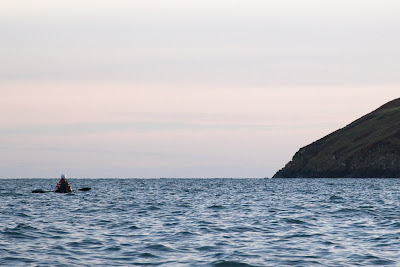 We were approaching the Mull at the end of the 3rd hour of the ebb and the current carried us towards the race with increasing velocity. This was another occasion when we crossed a sea kayaking Rubicon. We were already committed to rounding the Mull by the time we saw the lumpy water of the race on the horizon.
Posted by Douglas Wilcox at 10:19 pm No comments: