The tale of hypocritical camper. 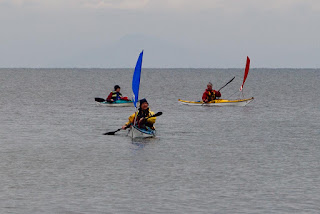 This is the view that the solitary camper at Bracken Bay had as we impinged on his solitude. One by one, we appeared over his horizon. 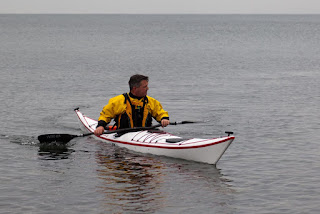 The latest addition to our little band is Andrew in his nice new Etain. 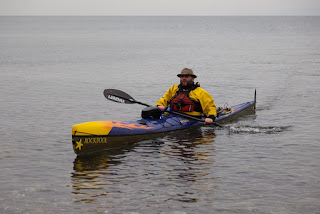 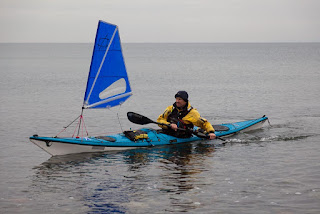 ...followed by Tony to join Phil and I on the beach. 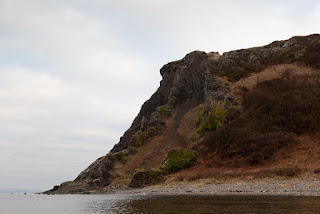 The camper had pitched his tent in the field, which is just to the right of this photo. He came over with his friendly boxer bitch and asked where we were going. Then he told us that he was a very tidy camper, not like the yobs and neds that came here in the summer to drink and leave a mess. He seemed like a straightforward guy and we took him at his word.

By chance Phil arrived back at Bracken Bay the next afternoon. The now abandoned "camp site" was littered with an old carpet, newspapers, numerous empty drink cans and other indescribables. There was a huge fire ring burnt in the grass. What a hypocrite!

Phil did his best to clean up and took as much of the rubbish home in his kayak as he had room for. Thank you Phil!

Posted by Douglas Wilcox at 11:02 pm No comments: