Gasworks and kailyards on Ailsa Craig. 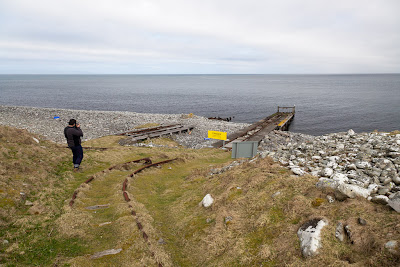 From Ailsa Craig pier we made our way up the old railway to the tacksman's house. 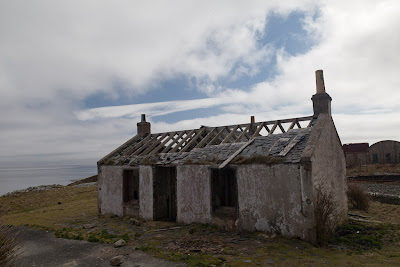 In the19th century the tacksman and assistants who lived here harvested the seabirds for flesh, eggs and feathers and caught rabbits that thrived because they had no natural predators. They also fished the seas that were teeming with fish. 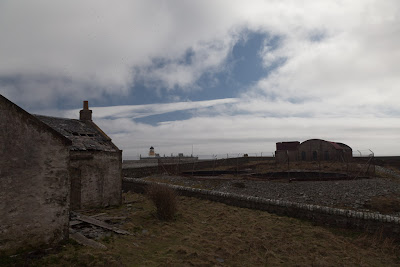 Behind the cottage a large  area is walled off. Inside is the gasworks with pits for gasometers. The gas produced was used to power an engine that compressed air for the island's two foghorns. However, the wall predated the gasworks. It was built to surround cottages, which were part of a planned fishing station. At the time goats roamed the island and the wall was to keep them out of the cottages kailyard (cabbage patch). Unfortunately the Glasgow man behind the fishing station scheme died before it was completed and the cottages were demolished to make way for the gasworks. 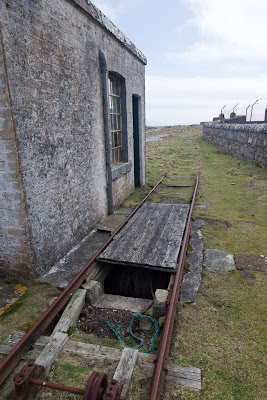 At the top of the slope from the beach we came to the winding station for the railway. 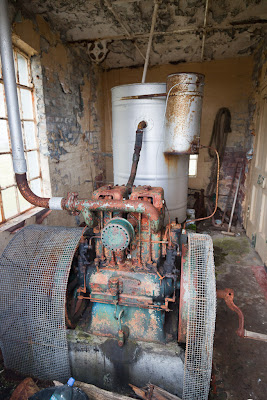 Inside a two cylinder diesel engine still looks remarkably intact. The original engine would have been powered by steam. 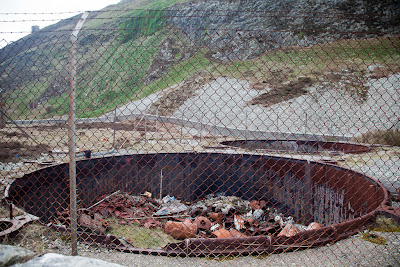 The gasometers have long gone and their pits have been filled with rubbish. 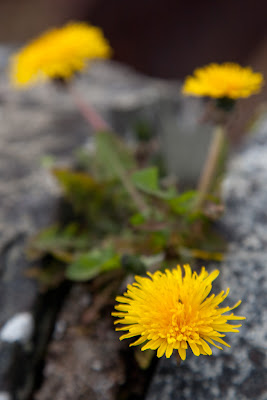 Coltsfoot was flowering in the gaps in the wall. 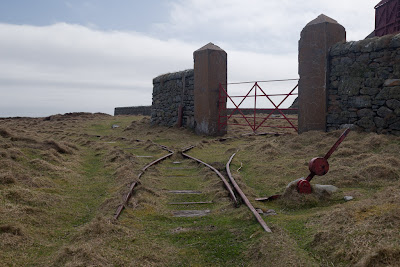 After the winding station the railway splits in two. The left branch goes to the lighthouse and the right goes into the gasworks. The points lever was still in place but the points have seized up. 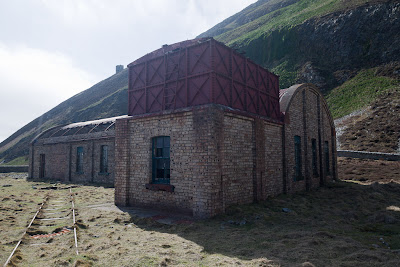 The gasworks was one of the biggest buildings on the island. You can see the kailyard wall surrounding the works at some distance. On the hill behind, you can just see the castle on the horizon. I wonder what the monks from Crossraguel Abbey (who lived in the castle in the 14th century) would have made of the gasworks!
Posted by Douglas Wilcox at 7:00 am 5 comments: