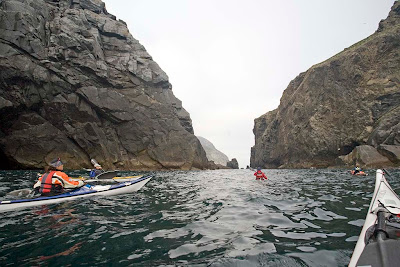 As we neared the end of our circumnavigation of Hirta we entered the narrow Dun gap which separates Hirta from its near neighbour Dun. Many sea kayaking trips never have the opportunity to go through here due to the huge swells which normally drive relentlessly through the gap. We were indeed privileged. 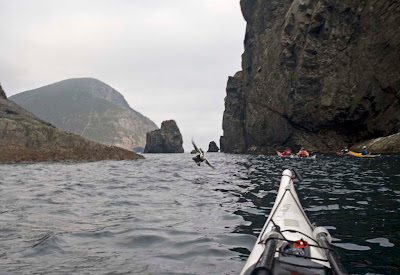 Once we were under the cliffs of Dun we could see the stack of Giasgeir with the hill of Oiseval, 293m, which forms the far side of Village Bay. A male eider duck came flying through at high speed. 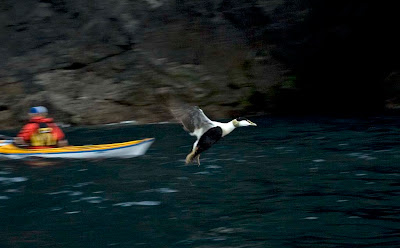 Eiders are Britain's largest ducks. And are sometimes called "Whoo Whoo" birds on account of their mating calls in late winter and early spring. 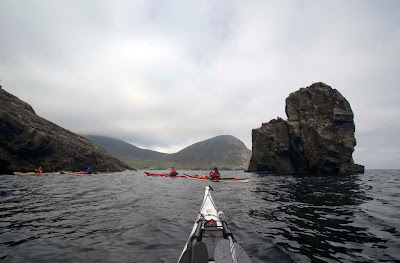 As we emerged from the gap we turned sharp left before Giasgeir. 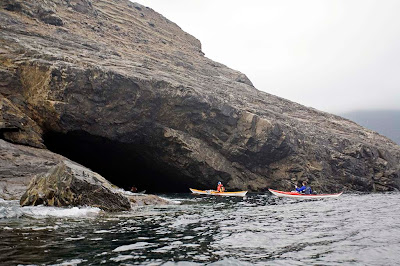 Murty knew of a large cave that led to a tunnel that would take us out into Village Bay on the far side. Sea kayaking doesn't get much better than this. 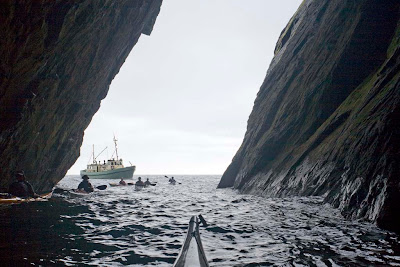 Continuing our circumnavigation of Hirta in the St Kilda archipelago, we came across the great cave of Rubha Mhuirich. 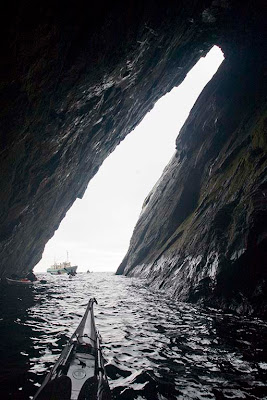 This huge cave is about 100m deep running straight into the cliffs. The MV Cuma was dwarfed by its scale 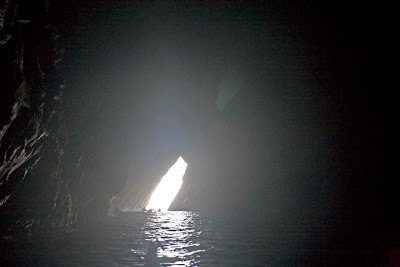 The light extended right to the back of the cave where there was a sandy beach. We could not land because of the amplification of the swells in the narrowing walls. One can only imagine the force of the ocean's fury in an Atlantic storm!