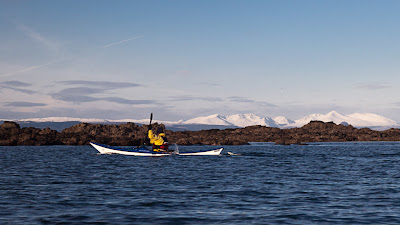 After a leisurely lunch at Turnberry beach, we paddled out past the treacherous reefs again. 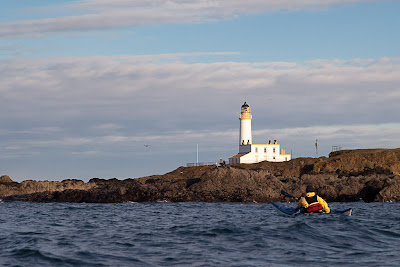 Beyond the reefs, the wind had dropped and we paddled below Turnberry lighthouse on relatively calm waters. The reefs of Turnberry Point and nearby Brest (or Bristo) Rocks were notorious as the graveyard of many ships making their way to and from the busy ports in the Firth of Clyde. The lighthouse engineers, David and Thomas Stevenson, recommended construction of a lighthouse on the point rather than on the offshore rocks and it was completed in 1873. In a rocky gully beneath the lighthouse, you can still see wooden rubbing strips bolted to the rocks. These were used by boats that delivered the building materials for the lighthouse. 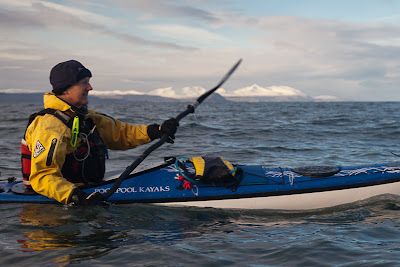 We continued in a NW direction across Maidenhead Bay. 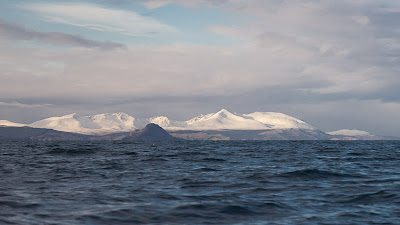 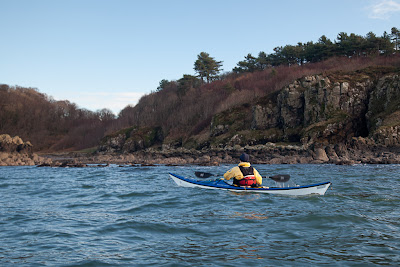 We made landfall near Port Carrick at the south end of Culzean Country Park and... 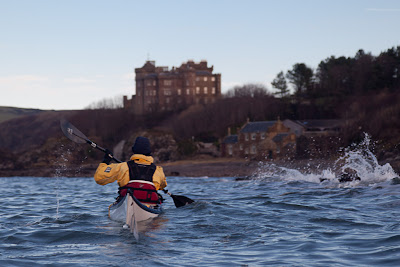 ...continued as far as  Culzean Castle.
Posted by Douglas Wilcox at 7:19 pm No comments:

Blowing away the cobwebs with a chill wind from Valhalla and mulled wine. 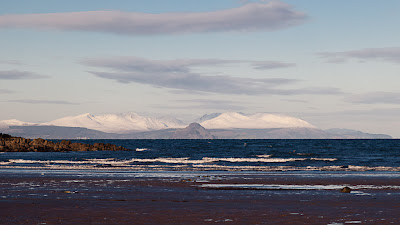 Sunday dawned clear but with a 13 knot NW wind it was bitterly cold. We had intended launching at Seafield Ayr but the tide goes out a long way there and I have not been on the water  for 6 weeks because of continuing problems with my knees. So Tony and I continued south to Maidens for an easier launch. Unfortunately we missed Phil who was loading his kayak in the back garden and didn't hear our phone call. Arran's snow capped mountains were looking fantastic but that wind was coming straight from Valhalla. 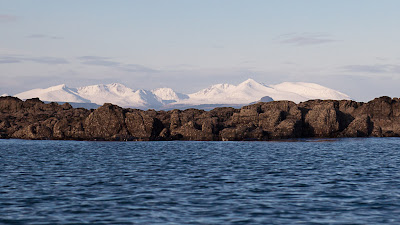 From Maidens we turned south to round Turnberry Point. A north going spring tide against the wind meant some deliciously rough water off the lighthouse so there were no photos until we rounded the headland and were in the shelter of the reefs. 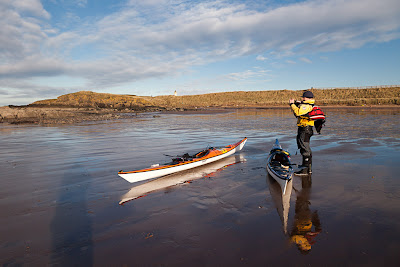 Turnberry beach, to the south of the lighthouse, proved an excellent sheltered spot for first luncheon washed down with warm mulled wine!
Posted by Douglas Wilcox at 8:54 am 1 comment: