A warm glow in a wintery Loch Long 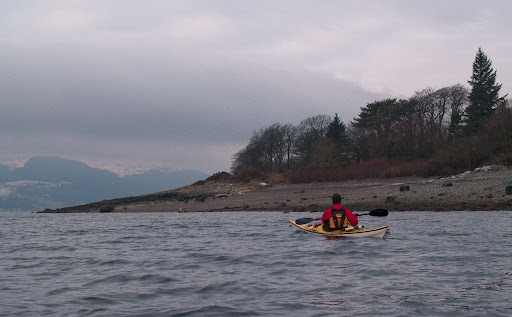 From Kilcreggan on the Rosneath peninsula we proceeded west to Baron's Point. Here we turned to the north and entered Loch Long. Loch Long is indeed long it stretches north from here, in a narrow fjord like ribbon, for 26km. For most of its length it is between about 50m and 95m deep. Its head at Arrochar is 130km from the mouth of the Firth of Clyde. All the lochs at the head of the Firth have been gouged out by glaciers during the Ice Age. 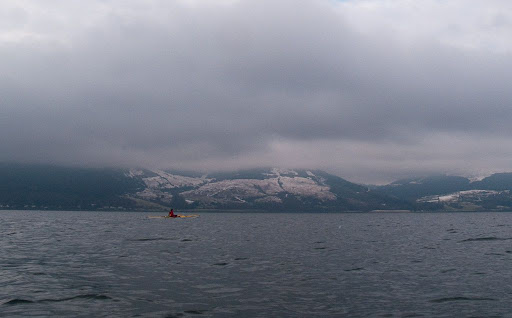 Just turning a corner revealed mountain scenery, which was a complete contrast to the industrial landscape we had just left. Low, snow carrying clouds hung over the mountains and flurries of snow threatened to turn into a full snow storm at any moment. It was very cold. 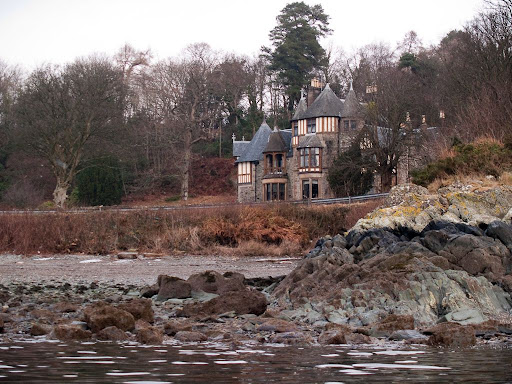 Past the delightful village of Cove, we came to the 4* Knockderry House Hotel. This hotel is sea kayak friendly and is a regular haunt of Pam and her friends. The hotel staff seemed to be expecting us because, on our approach, a piper emerged onto the snow covered grounds of the hotel and started to play the first of several tunes. The skirl of the pipes echoing round the snow covered mountains was a truly magnificent experience, to which we added a dram of single malt Scotch whisky... 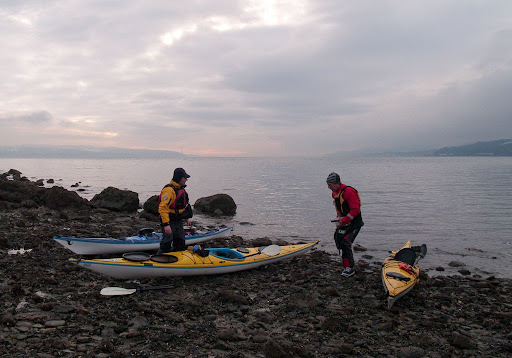 Unfortunately we had no time to partake of luncheon and refreshments in this lovely establishment's hallowed halls or comfort ourselves next to the warm glow of its fire. The sun was already dipping to the horizon. So after a quick flask of soup, washed down with a 12 year old GlenLivet, a Bruichladdich 3D and a 10 year old Springbank, we continued on our way. 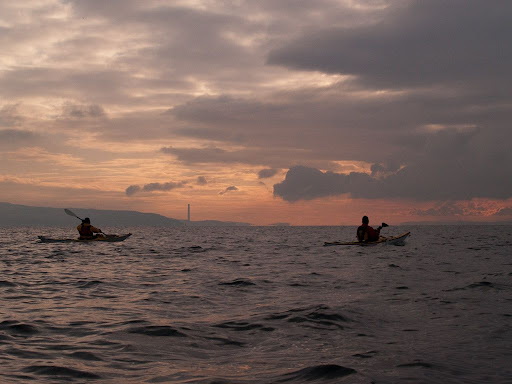 Refreshed but frozen, despite the warm glow in both our stomachs and the sky, we crossed to the far side of Loch Long. 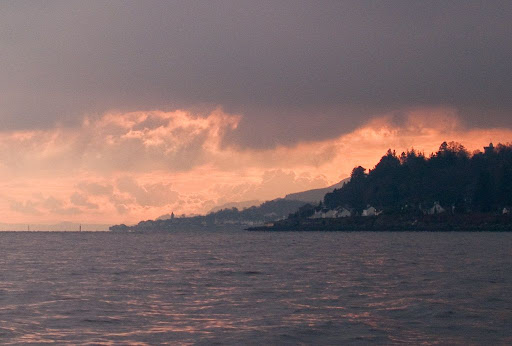 Our destination was Strone Point behind which lay the Holy Loch.
Posted by Douglas Wilcox at 5:21 pm 3 comments: