Several short sunny days on a sojourn to the Solway . 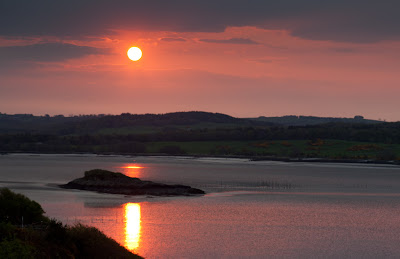 At the end of April and beginning of May, I enjoyed a fantastic holiday on Fleet Bay in the Solway Firth. Each day dawned sunny... 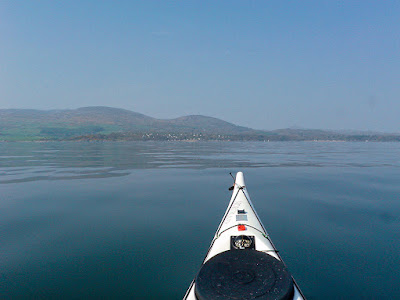 ...and the calm days were spent exploring the Islands of Fleet. 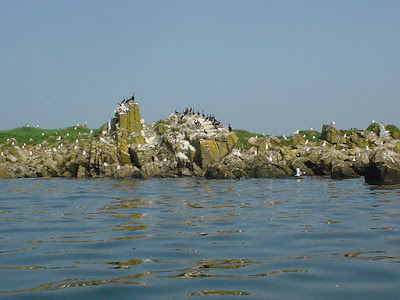 Thee Murray's Isles have a large cormorant colony which is surrounded by a gull colony. I was saddened to see a noisy party in 4 SOT/recreational kayaks paddle close under the rocks. The cormorants all flew off and the gulls went straight in for their eggs. The next day the cormorants had abandoned their nesting sites. 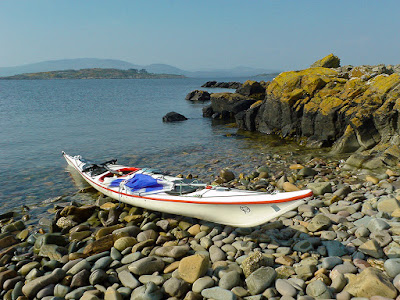 Barlocco Isle is a great place to stop for a picnic and enjoy the view up  Fleet Bay to the Galloway hills beyond. My injured knee gets pretty sore and stiff sitting still in a kayak. On a longer crossing, I need lifted out by understanding friends. On my own, when I have to get out of the kayak myself, I don't like paddling much more than half an hour before a break. What a hardship! 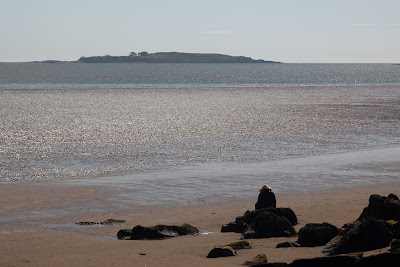 Fleet Bay empties at spring low tides so it is good to stretch the legs on the sands before the tide comes in and the kayaking starts.

Most of the traditional salmon stake nets have now been abandoned so the salmon now swim free... 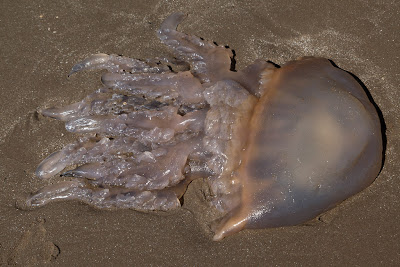 ...unlike this unfortunate lion's mane jellyfish. 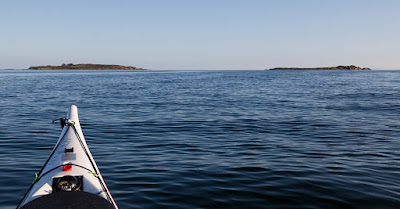 Each time I went out to the islands... 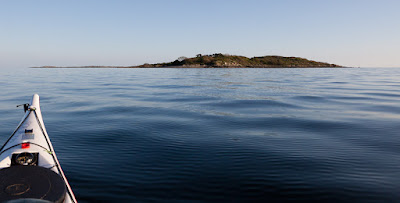 ...I chose a different route. 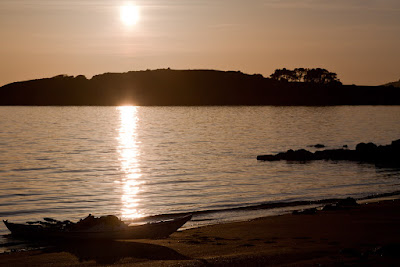 During the week as the tides moved to neaps... 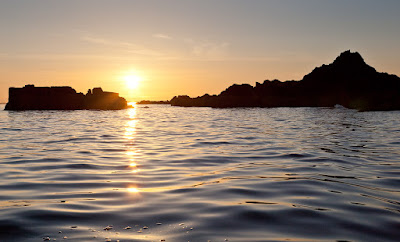 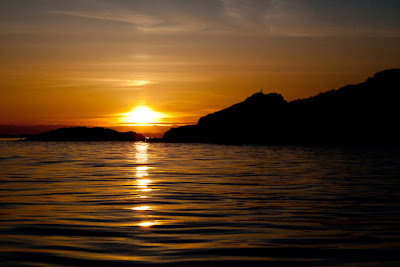 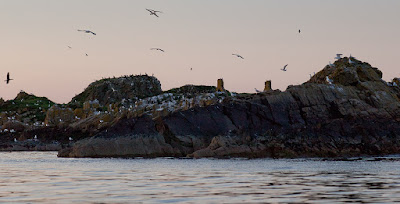 The casual boaters were now nowhere to be seen and I was so pleased to see the cormorants back on their roosts. Hopefully they had laid fresh clutches of eggs. 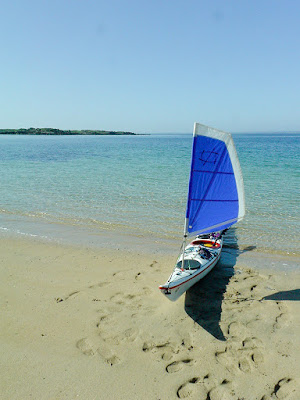 By the time I left the springs were returning with high water in day again. 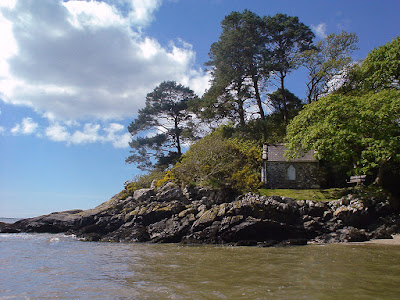 I am particularly fond of two buildings at either end of the bay. The chapel on the Cardoness shore and... 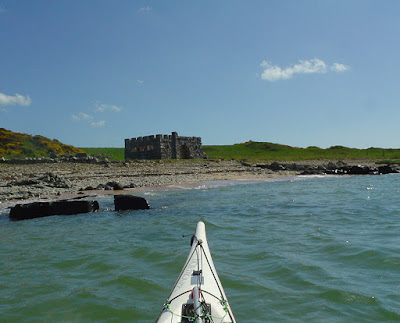 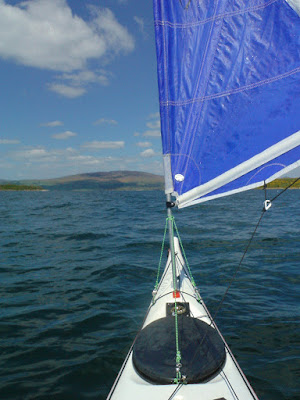 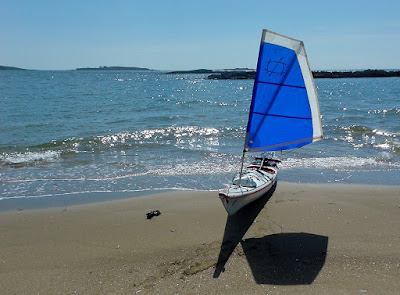 When I came in from my last trip to the islands, I could hardly tear myself away. I must return soon. 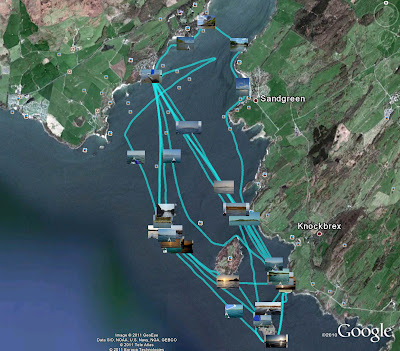 What a place!
Posted by Douglas Wilcox at 3:41 pm 2 comments: