The number 475 bus and an occasional sea kayaker 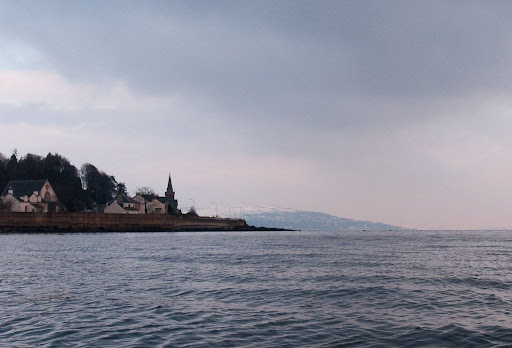 From Loch Long we rounded Strone Point and entered the Holy Loch. 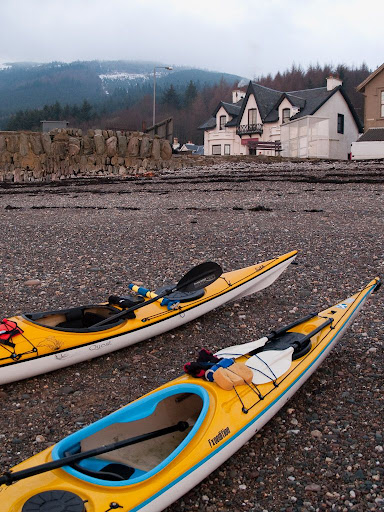 We stopped briefly on the beach below the Strone Inn. Smoke was rising lazily from its chimney, hinting at the warmth within. We were so cold that we would have loved to stop for a sample of its hospitality but we knew we had to press on. 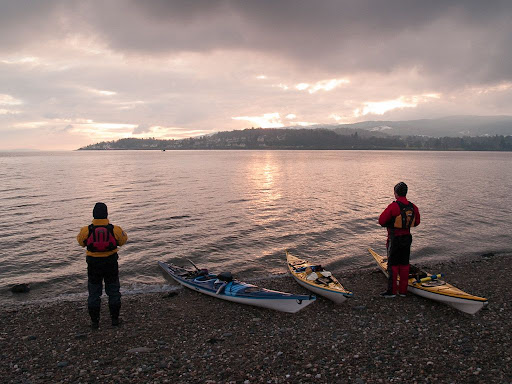 We watched as the sun slowly set over the Holy Loch. The Holy loch is 4km long and about 1.2km wide. Most people remember the Holy Loch for the US Polaris submarine base, which was stationed here between 1961 and 1992. There was a huge floating dock with attendant ships moored right in the middle of the loch. In 1969, I remember the excitement when (as members of Troon Sailing Club) we were invited for a tour of the facility. Hamish Gow (who with his wife Anne were the first sea kayakers to reach St Kilda in 1965) was arrested in the early 1960's, after paddling out to a US Polaris supply boat and attempting to climb its heavily greased anchor chain as part of a CND protest. It is no wonder that if a sea kayak is seen anywhere near the UK nuclear submarine base at nearby Faslane on the Gare Loch , a Navy launch will escort it off the premises.!

Today, apart from ourselves and some sunbeams, the Holy Loch was empty. 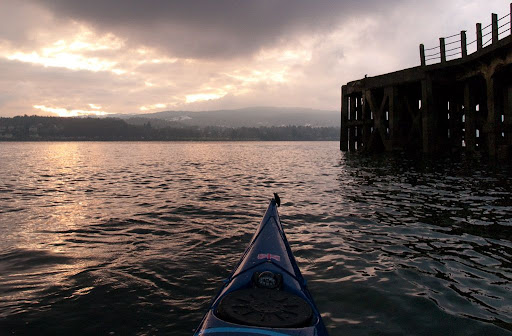 We launched again and paddled out past Strone pier and into into the loch. It's not only the submarines that have left, the steamers that once brought life to Strone and the Holy Loch are long gone too. Now only the number 475 bus and an occasional sea kayaker stops at Strone Pier.
Posted by Douglas Wilcox at 7:25 pm 2 comments: