All kinds of everything on the way to Danna. 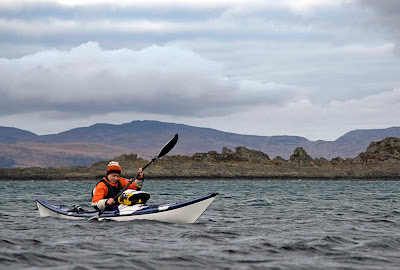 After our encounter with the otters we had a very brisk paddle into the teeth of a bitingly cold easterly wind. Our destination was a sheltered beach at the south end of the island of Danna. It is a tidal island linked by a narrow causeway to the south end of the Tayvallich peninsula of Knapdale. Together with the MacCormaig Isles, it forms a site of special scientific interest (SSSI) noted for habitat, plants, birds and geology. 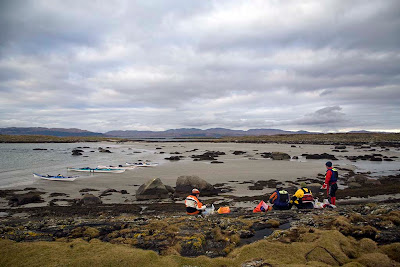 We had rather a hurried and cold luncheon and promised ourselves a further stop. 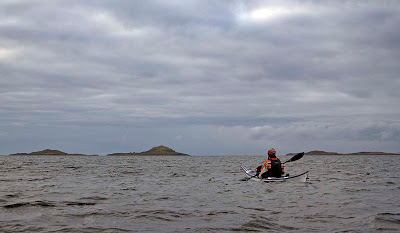 Our sights were on the gap between Eilean Ghamhna and conical Corr Eilean topped by its prehistoric cairn. There was a colony of very large grey seals basking on the rocks. 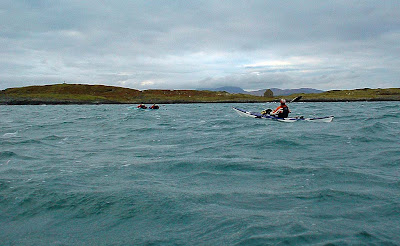 The next crossing to Eilean Mor was complicated by both wind and tide. Ahead of us, it got a little bumpy at the southern end of the island. You can just see the chapel and cross on the hill. 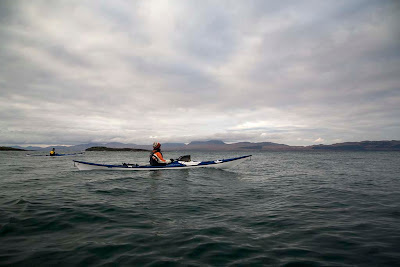 Round the corner all was calm again but we noted that the north going flood had already started over an hour before predicted. Tide times in the Sound of Jura are influenced by air pressure and we were in the middle of an unseasonal high. 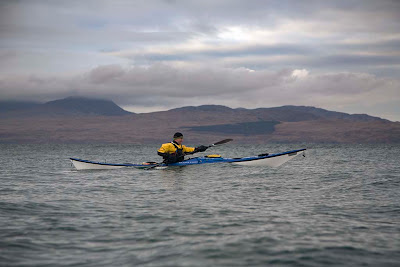 With a fair tide and a little effort we got up to 13km/hour.