A little rusty on Ailsa Craig. 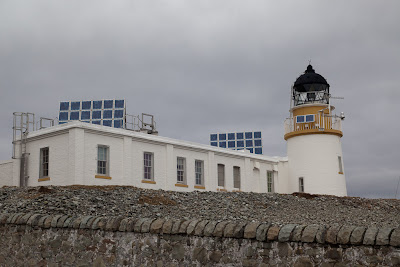 From the shore of Ailsa Craig, we made our way up past the now solar powered (2001) and automated (1990) lighthouse. 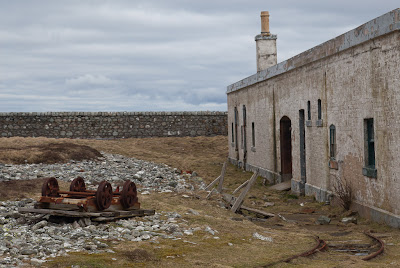 The lighthouse was completed in 1886 by Thomas and David Stevenson. It originally had 3 keepers and was an oil burning light. A little railway was used to haul cans of oil up from the jetty. Unfortunately the bogey was now overturned and rusting away. The railway was also used by the quarrymen who moved blocks of the fine granite down to the jetty. They were exported to Ayrshire to manufacture curling stones. 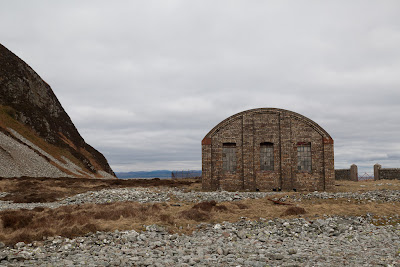 Behind the lighthouse we came to the old gasworks that powered the two giant foghorns at the north and south ends of the islands. The gas was stored in two gasometers that sat in pits that are situated beyond the works, behind the fence to its left. 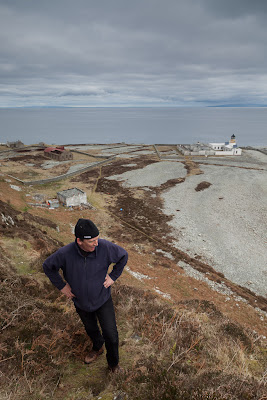 We climbed up to the castle. Tony, John and Jennifer disappeared upwards at a great rate of knots. I hadn't tackled anything like this since my knee injury (nearly two years ago) and even with walking poles was a bit rusty. Phil stayed to keep me company. 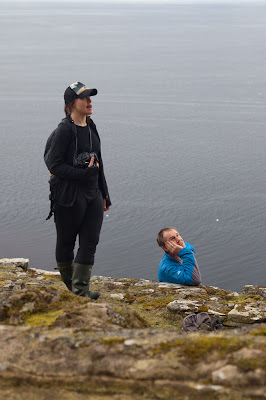 Jennifer and John were attracted by a loud hail from the top of the castle. 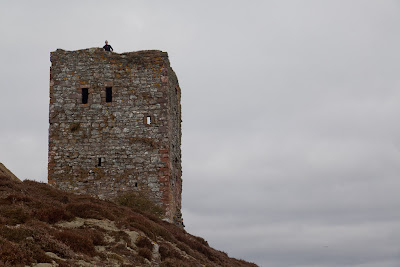 It was Tony, the wind carried away most of his words but we were pretty sure "dirty rascals" featured somewhere. The castle was built by the monks of Crossraguel in the 15th century. The Kennedy's took it in over in 1560. Thomas Hamilton renovated it in 1580. During the Scottish Reformation, in 1597, Hew Barclay seized it in the mistaken hope that the Spanish Navy would use it as a foothold to restore Roman Catholicism  to Scotland. 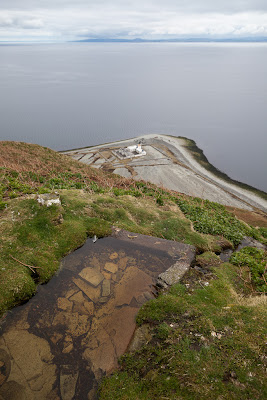 The castle well was crystal clear but later in the season will be full of feathers and bird poo. Despite the hot climb we did not feel thirsty enough to sample its waters. We had plenty of water back at the kayaks, which you can see just beyond the lighthouse.
Posted by Douglas Wilcox at 8:24 am No comments: