Corpach Bay to a stag do at Shian Bay, Jura 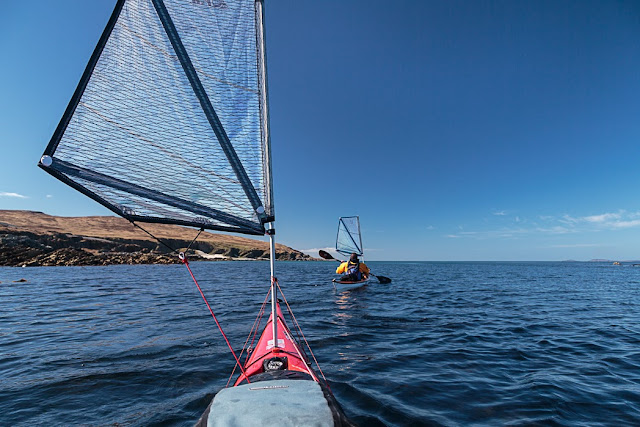 We had hardly left Corpach Bay before... 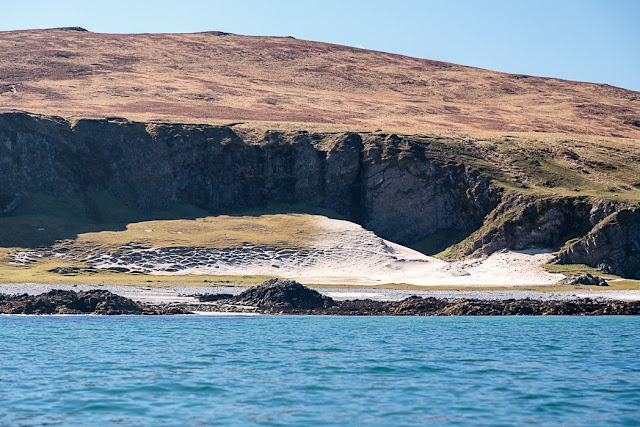 ...we came across another stunning beach backed by a huge dune system at Traigh a' Mhiadair. (beach of the meadow). The dune system is enclosed by a wall of steep cliffs and the rabbits here are all black.

In a rock arch at the south end of the beach, the environmental artist Julie Brook lived and worked for a year between 1993 and 1994. 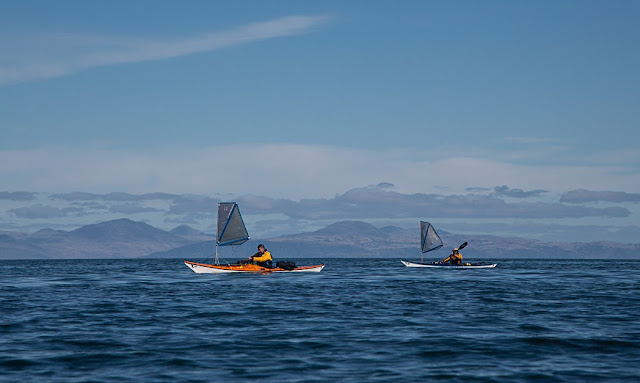 The northeasterly breeze began to pick up and to the north the distant hills and mountains of Mull looked magnificent in the clear air.

However it was the amazing cost of Jura which held our attention. 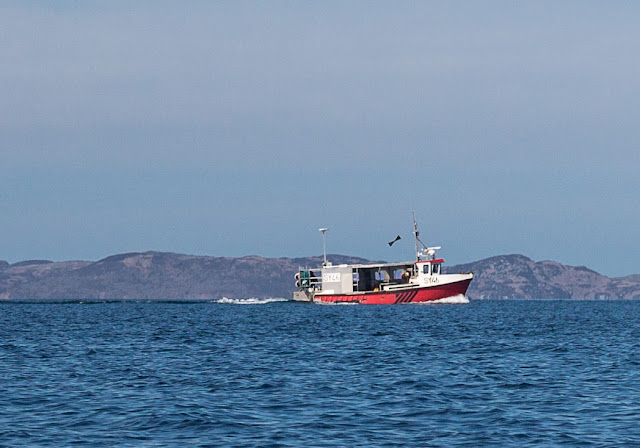 The only other sign of human life on this stretch of coast was the creel boat Challenger SY46 from Skye.

As we passed beach after beach, the Paps of Jura... 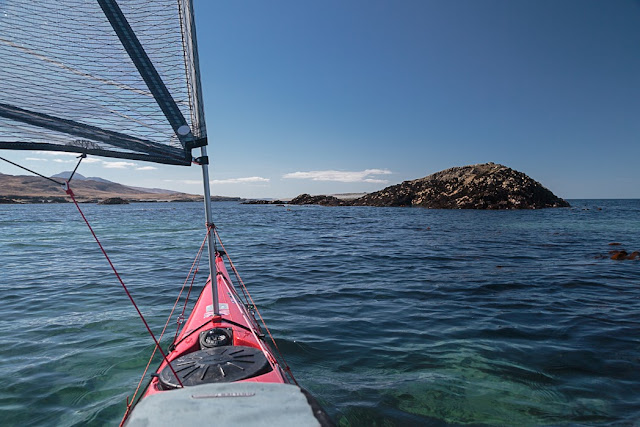 The sea became shallower as we approached Shian Island and... 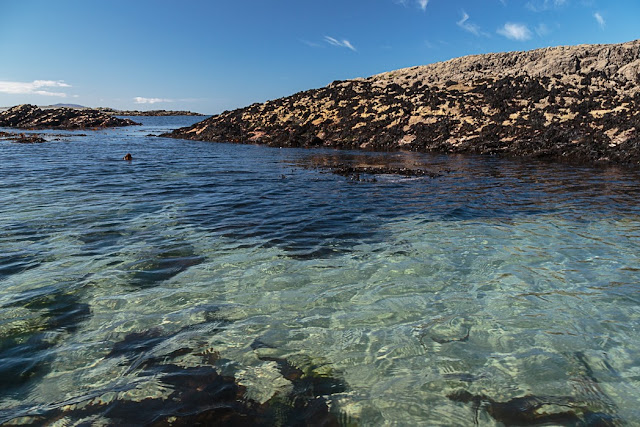 ...the clear water made it look like the reefs were... 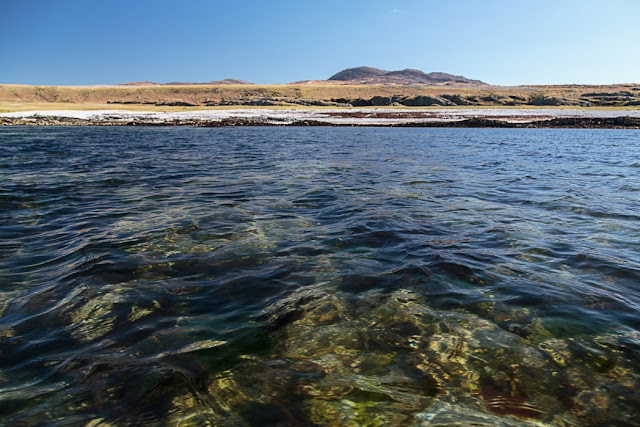 ...just inches from our keels. 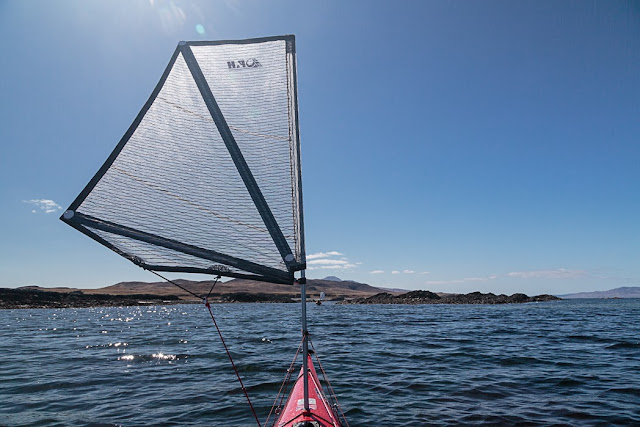 Our sails sped us on under a glorious blue sky which was broken only by... 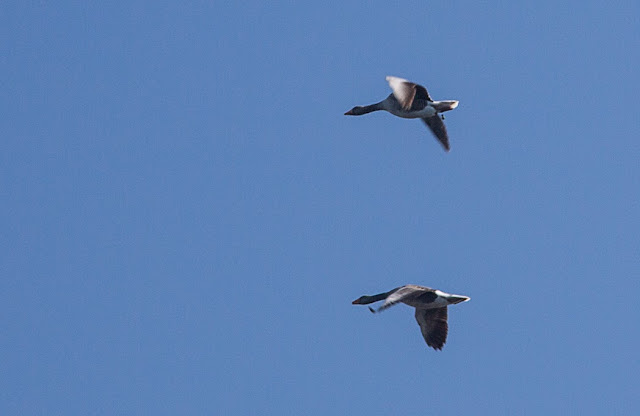 ...a pair of honking greylag geese. 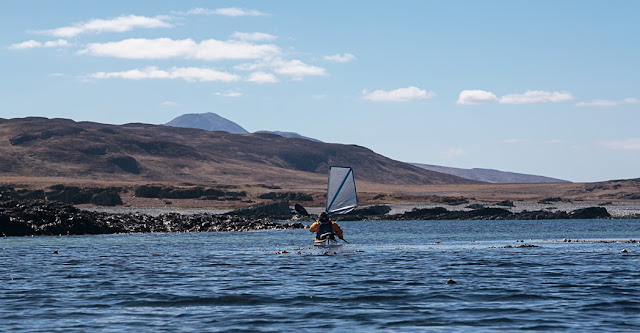 We were now within the reef system which guards Shian Bay (stormy bay). 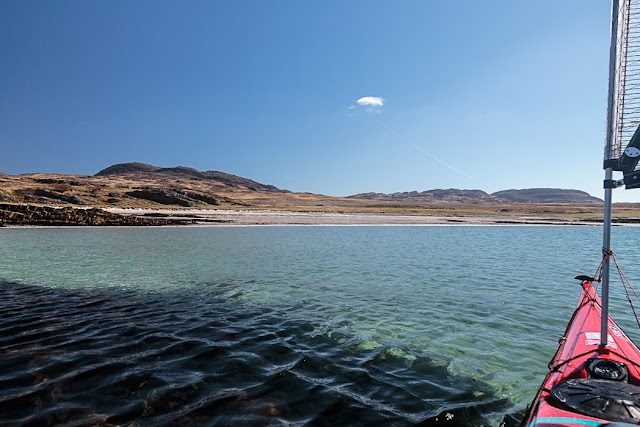 ...the turquoise water in this bay was stunning. Ian and I were tempted to stop for a swim and second breakfast. 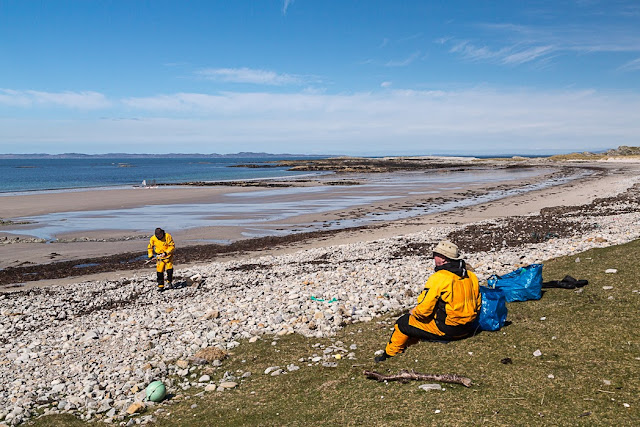 However, there was still a cold breeze so while Mike enjoyed his lunch with a view to Colonsay, Ian and I had a quick, actually very quick, dip in a pool of the Sruthan Glac na h-Atha (burn of the narrow valley by the drying kiln). Feeling very refreshed I enjoyed the view with Mike while Ian went beachcombing. 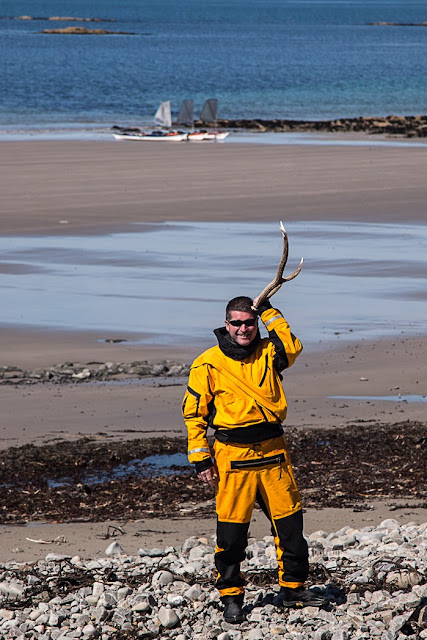 He was delighted when he found an antler from a stag. Unfortunately it was not one of a pair but... 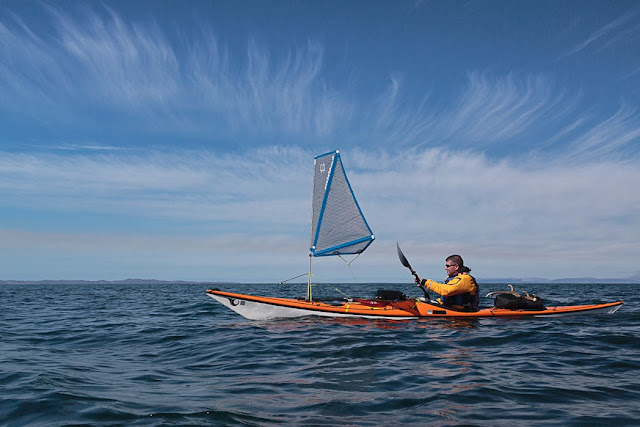 ...it became a feature of Ian's back deck for the rest of the trip!
Posted by Douglas Wilcox at 6:43 am No comments: