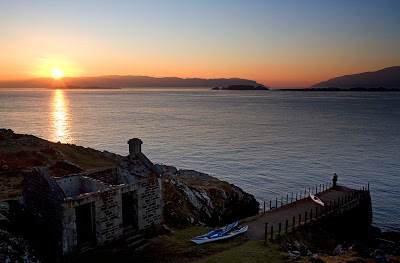 In this house lived the ferryman of Craignish.

According to the 1881 British Census, his name was Dugald Mc Farlan. He was aged 60 and lived in the house with his wife Anne aged 36 and their children Dugald 12, scholar, John 8, scholar, Margaret 6, scholar and Malcolm 4. Dugald's sister Anne 52, Handicap: Lunatic and John Mc Vicar 19, assistant ferryman also lived in this little house.

The house was not shown on the Ordnance Survey map of 1875 so it must have been built between then and 1881. Despite the overcrowding by modern standards, they probably had one of the best houses on the peninsula.