The decay of the Little Cumbrae lighthouse, does anybody care? 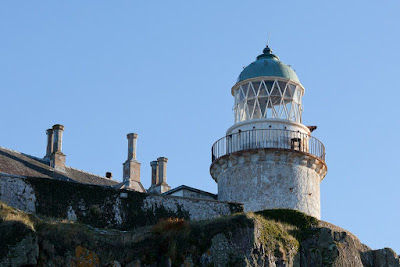 We approached the Little Cumbrae lighthouse from the sea. It is positioned... 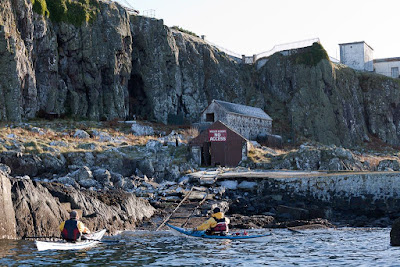 ...on a raised beach which lies behind a low cliff rising from the current sea level. The "Nature Reserve No Access" sign was put up by one of the previous owners who was more interested in privacy than nature. 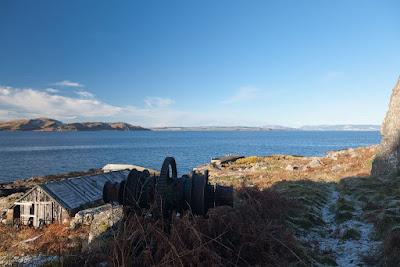 A large winch hauled supplies from the landing stage up a light rail track to the base of the cliff. 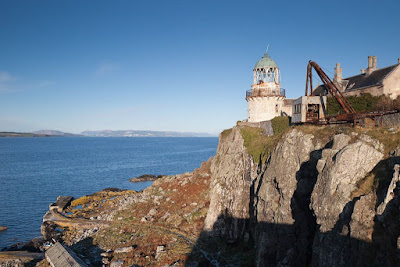 A jib crane then lifted the supplies up to the top of the cliff. 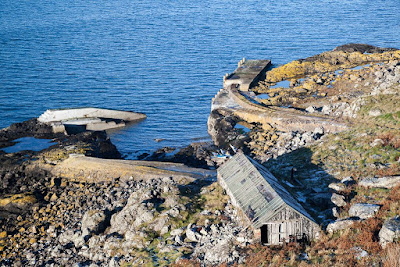 The boathouse is still remarkably dry inside. 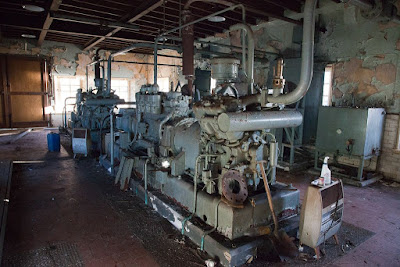 At the top of the cliffs, to the south of the lighthouse, a white washed building houses the long silent diesel generators. 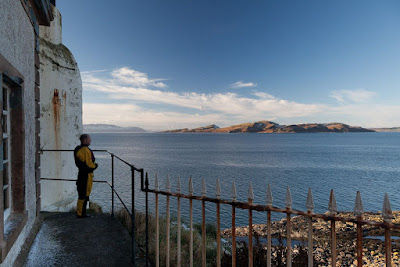 Behind the generator house a plain concrete building houses the new automated light which was built in 1997. 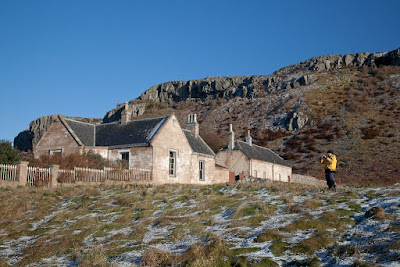 From the new lighthouse we walked up to the walled complex of the old lighthouse and the keepers' cottages. Robina McLaren tells of her childhood in these cottages from 1960-63. 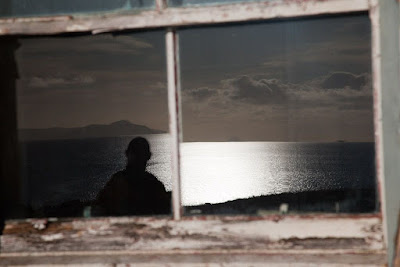 Most of the windows were still glazed... 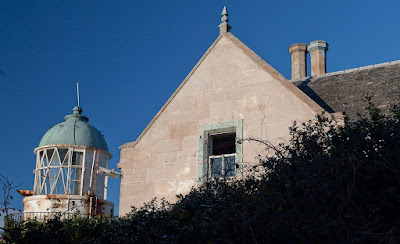 ...but sadly some of the sashes had collapsed, letting rain into these fine old buildings of pink sandstone. 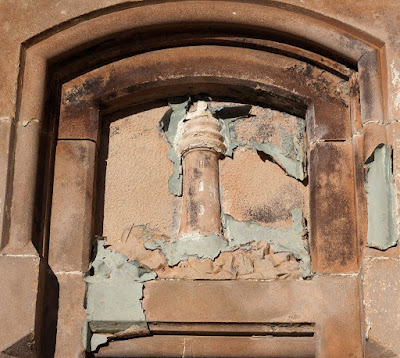 The detail and workmanship was astounding. 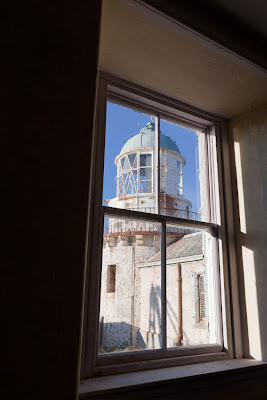 Inside the empty rooms, the rain had done surprisingly little damage to the hardwood floors and even the plaster on the walls was in reasonable condition. The gentle moaning of the wind at the empty windows now replaced the voices of generations of keepers and their families that once lived here. 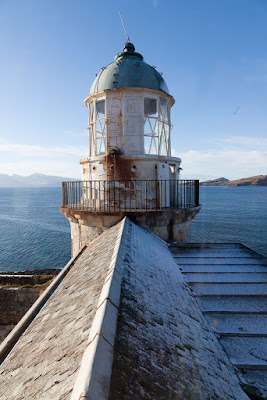 The upstairs rooms had a marvellous view of the lighthouse and Arran and Bute beyond. 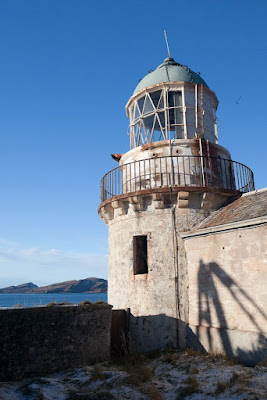 We walked from the keepers' cottages towards the lighthouse, topped by its beautiful copper cupola. It was built by  Thomas Smith and Robert Stevenson in 1793. 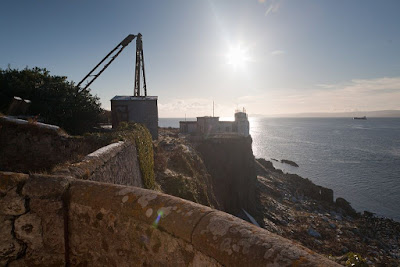 From the balustrade round the base of the lighthouse we looked south past the crane, and the new lighthouse... 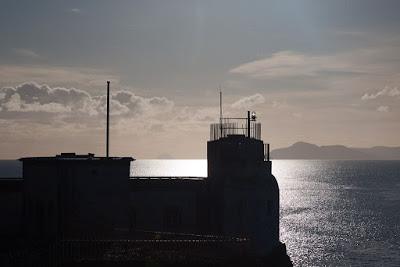 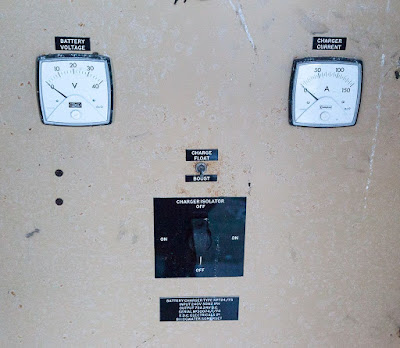 Entering the lighthouse through a door that was jammed open we found the control panel for the battery charger ... 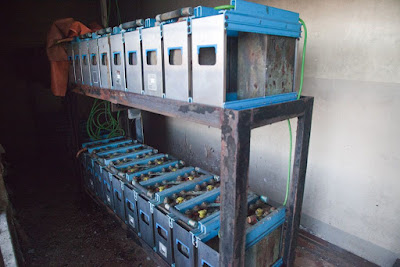 ...and the banks of lead acid batteries. 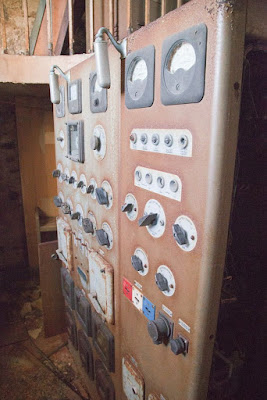 In the basement of the tower another panel controlled the operation of the light and its lenses. 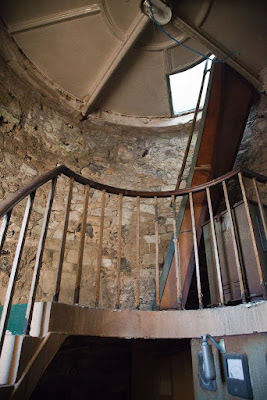 We now climbed up the spiral... 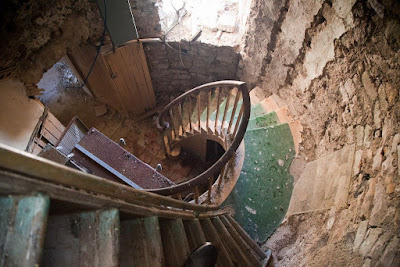 ...staircase and ladders to the gantry that runs... 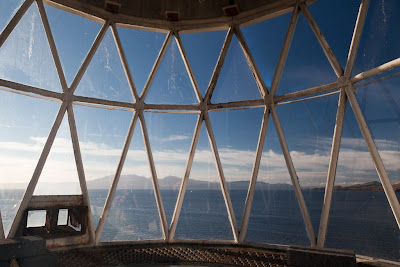 ...round the  inside of the lantern room. Sadly the light and lenses have been removed. To the west, the view extended right across the Firth of Clyde. 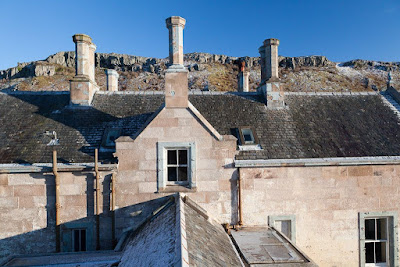 To the east, the lantern room overlooked the keepers' cottages which we had recently explored. 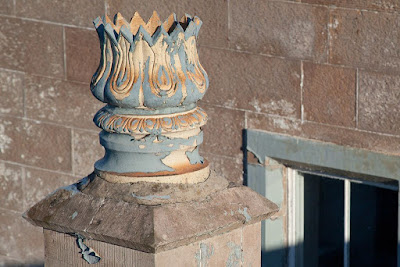 Even the chimney pots had wonderful detailing. 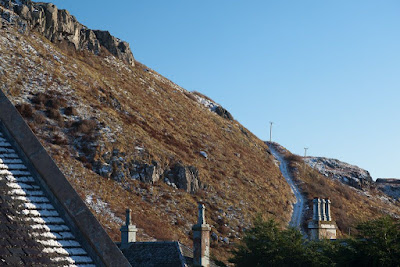 Beyond the cottages, a track snaked up the hillside towards the houses on the east side of the island. 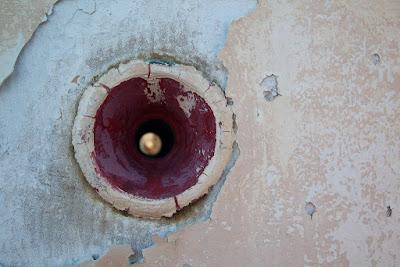 The base of the lighthouse had small open "portholes" that went right through the wall. 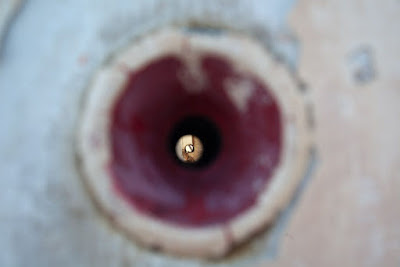 If you stuck your eye up to the hole you could look right through the tower and out through an identical  and perfectly aligned porthole on the opposite wall. I wonder what they were for?

It seems such a pity that these beautiful old buildings are being allowed to decay. The people who designed and built them showed more care. The keepers who kept the place spic and span for the regular inspections would have been horrified. 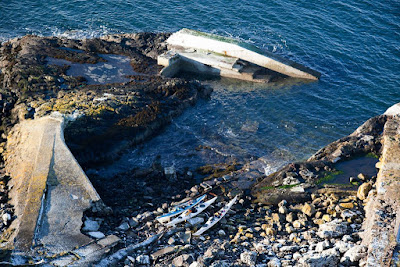 Looking down, we could see the rising tide had nearly reached the kayaks; it was time to leave the lighthouse to the elements and to its inevitable decay.
Posted by Douglas Wilcox at 7:00 am 7 comments: