A medical emergency and moonlight landing at Port Carrick. 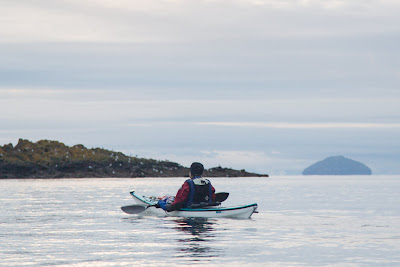 When we approached the roosting gulls on Carnage Corner south of Dunure it was pretty obvious that it would be dark by the time we got to Maidens. So we made a decision to cut across the 7km wide mouth of Culzean Bay direct to  Barwin Point. This was to prove to be a major navigational error.

By the time we were only a third of the way across, each of us was struck by a simultaneous medical emergency. Being gentlemen of a certain age, it became very difficult to maintain control over our bladders. There was a pressing need to land so we pushed on across the bay at high speed (so no distracting photos) and landed at Port Carrick, just before Barwhin Point. Never have three kayakers (in their sixth and seventh decades) exited cramped cockpits so quickly. Relief beyond belief as they say. 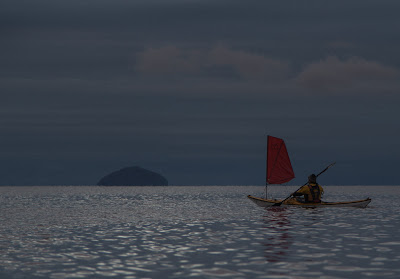 It was now a pleasure to set off on a relaxed paddle round Barwhin Point in the silvery moonlight.

On the southern horizon we could just see the dark outline of Turnberry Point below the steady and reassuring... 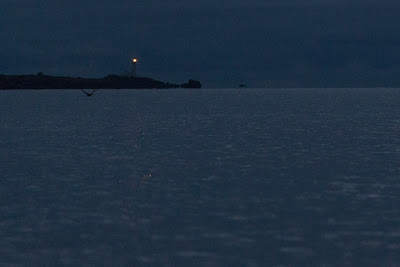 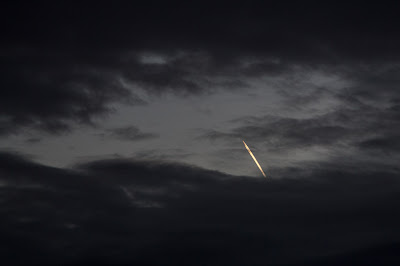 High above through a gap in the clouds we could see a trans Atlantic jut flying so high that for it, the sun had not yet set. 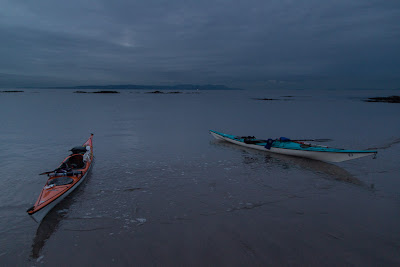 We landed on a deserted beach at Maidens. The only sign of life was the the distant flash of Holy Island Outer Lighthouse on the horizon to the north west. 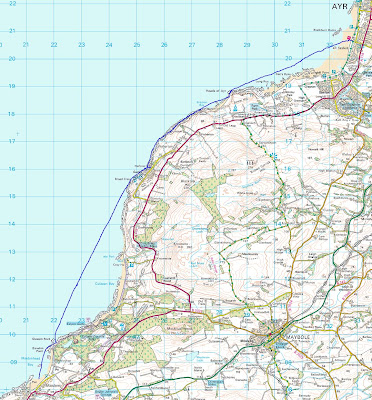 All's well that ends dry!
Posted by Douglas Wilcox at 7:34 am No comments: