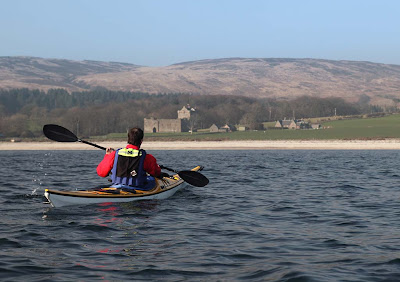 We chose the shortest crossing of the Kilbrannan Sound and made for the low lying Skipness Point, which extends for about a kilometre into the Sound. 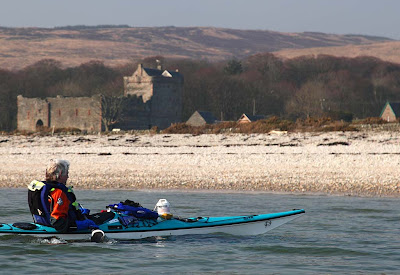 The approach to the beach is dominated by the bulk of Skipness Castle. 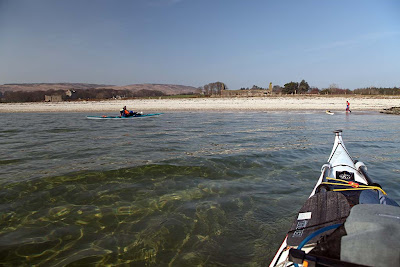 Our approach was hindered only by by a strong eddy which was making its way south in the bay, despite the north going flood out in the Sound. The water here is crystal clear and we floated above our shadows, moving steadily over the rippled sands below. 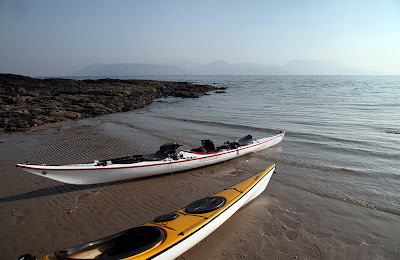 We landed below the Castle and it was obvious that its builders had chosen this position to control the Kilbrannan Sound (between Kintyre and Arran) which is the approach to Loch Fyne and the upper Firth of Clyde beyond. 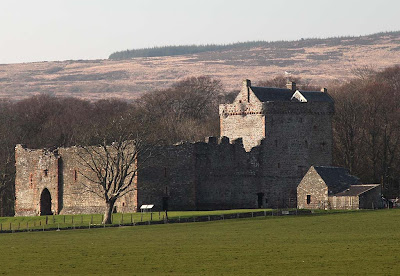 The castle was built in the 1200's by the MacSweens as a defence against raiding Vikings. It then became part of the fiefdom of the Lords of the Isles and was extended several times until the Lords of the Isles' lands in Kintyre were forfeited to the Crown in 1476. The castle then passed into the hands of a branch of the Campbell family, who were loyal to the Crown. They built the tower house in the 16th century. The Skipness Campbells finally abandoned the Castle in 1867 when they fell on hard times.