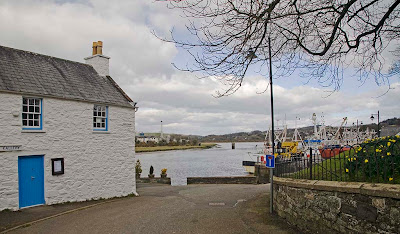 If you kayak with the tide up Kirkcudbright Bay and land at the slipway in Kirkcudbright, you can walk into the old part of town past the Harbour Cottage. 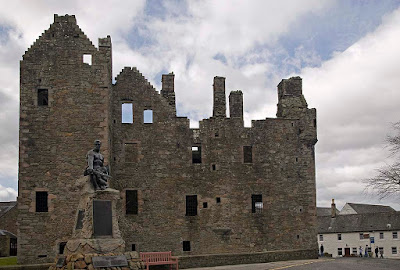 You will soon come to MacLennan's castle. This was completed in 1582 as a grand town house, although it was modelled in the style of a traditional Scottish L shaped tower house. It was owned by the provost of Kirkcudbright, Sir Thomas MacLennan. It never suffered siege damage and Sir Thomas's heirs ran out of money so it was never extended. As a result it is pretty much as it was originally built. It is open to the public.

The memorial carries the names of the local dead from WW1 and WW2.